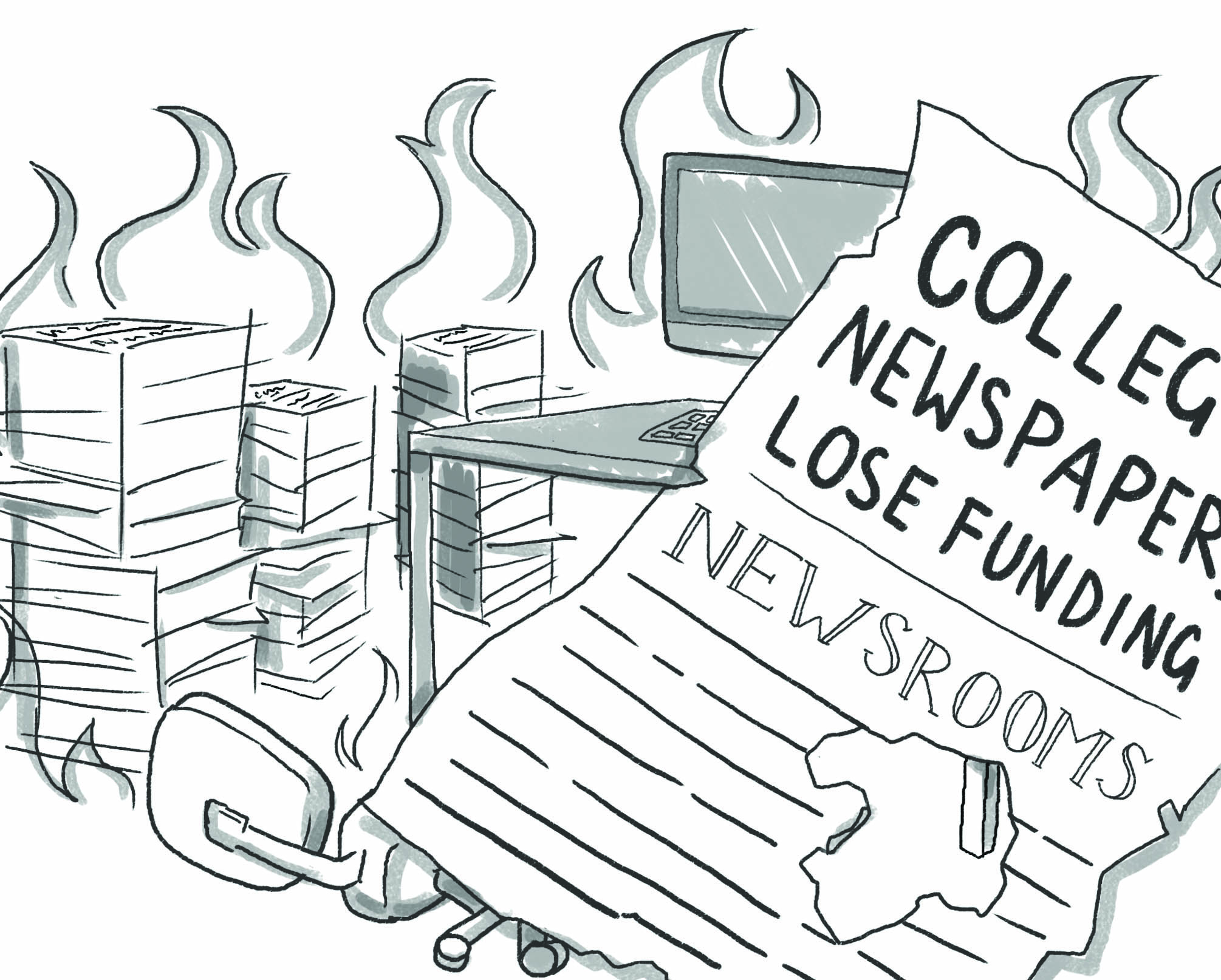 Publications risk closure due to loss of funding, resources

News media is present in the lives of students whether they choose to indulge in it or not, and can be found in the form of broadcast, radio or more traditionally, print. One challenge has become prevalent to college student media organizations, however: student newsrooms across the country are in danger of losing their funding for good, and it’s time the students wake up and take notice.

Every year, students are required to pay fees among tuition that are used to cover a multitude of campus-provided services, including student media. According to the 2017 student fee-funded allocation recommendation summary from the UTD Student Affairs Office, The Mercury had $50,271 allocated from student fees. In addition, the student newspaper makes approximately 50 percent of its budget from advertisement revenue, though that number continues to decrease. For the past decade, The Mercury’s fund allocation has not increased until this past year, and even then, the ad revenue and sales have decreased by approximately $10,000-$15,000, causing the overall budget to decrease and following in the footsteps of the publications who are currently battling to survive.

Though the UTD paper has adequate funding for now, the livelihood of multiple college publications across the country are being threatened, including the Cougar Chronicle in San Marcos whose Student Government brought up the idea of defunding the entire organization, or the University of Toledo’s Independent Collegian whose funding has been cut to the point it can no longer afford to go to print and could potentially shut down. With this decrease in distribution of funds begs the question: Why is student media funding so low, and why should the student body care?

Journalism is essential to students, as it is the main way for students to keep in touch with what is happening around them in a timely manner. The paper serves to inform the student body and providing an independent student voice on campus, especially from a staff that is entirely made up of students, for students. There have even been particular instances where The Mercury has been the first or only news provider for the students, including breaking the story about the student deaths on campus or informing the school that five alumni were murdered in a mass shooting. In both of these instances, students would not have known had The Mercury not done what it was meant to do, and for that, student media is a necessary resource.

News and journalism are crucial, but in a time when less and less funds are being allocated to student media, who’s to say what will happen to the future of those organizations? Though The Mercury is comparatively in a better state than other college publications regarding fund allocation, it will only be so long before we find ourselves in the same boat as the rest of the country.

So, what can we do to remedy and anticipate this threat to the future of college journalism? To start, UTD claims to be a leader in cutting-edge education and diversity, so naturally it would make sense for the college to have an adequate journalism major, which it currently does not. While we do have an ATEC program and a mass communication major, we need to start at the root and provide more print journalism-based classes. Simply having a digital data journalism class, for example, would set potential reporters on the right course to making it in the world. Much like professional journalism, UTD needs to wake up and evolve with the times if it cares about the well-being of journalism and wants to see it continue. By doing this, maybe UTD could be the pioneer in laying a solid foundation for the next generation of successful reporters. In addition to that, students should involve themselves in student media wherever they can, so go to events, get involved in the newspaper, read it regularly and know that The Mercury aspires to represent your voice. 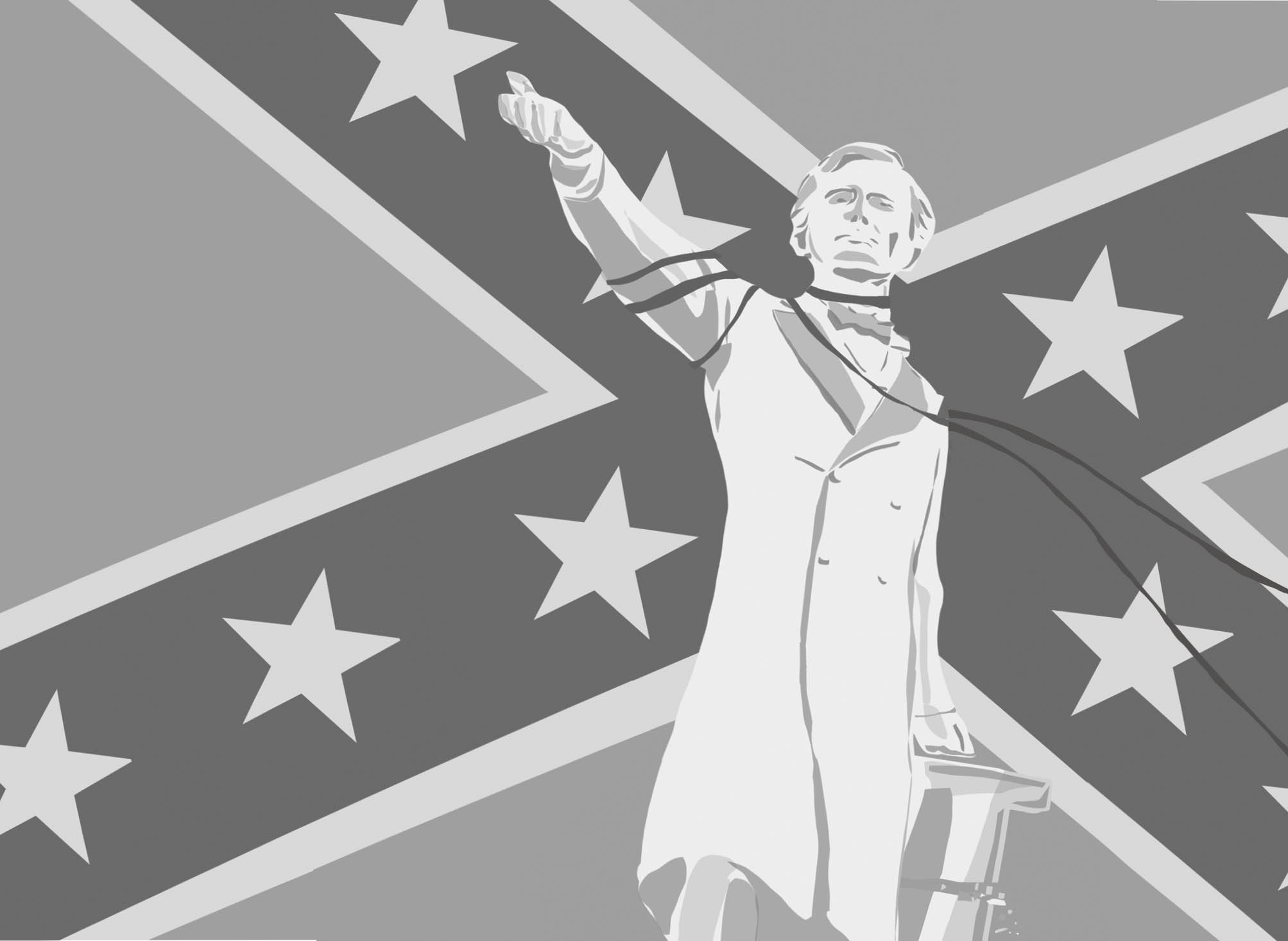