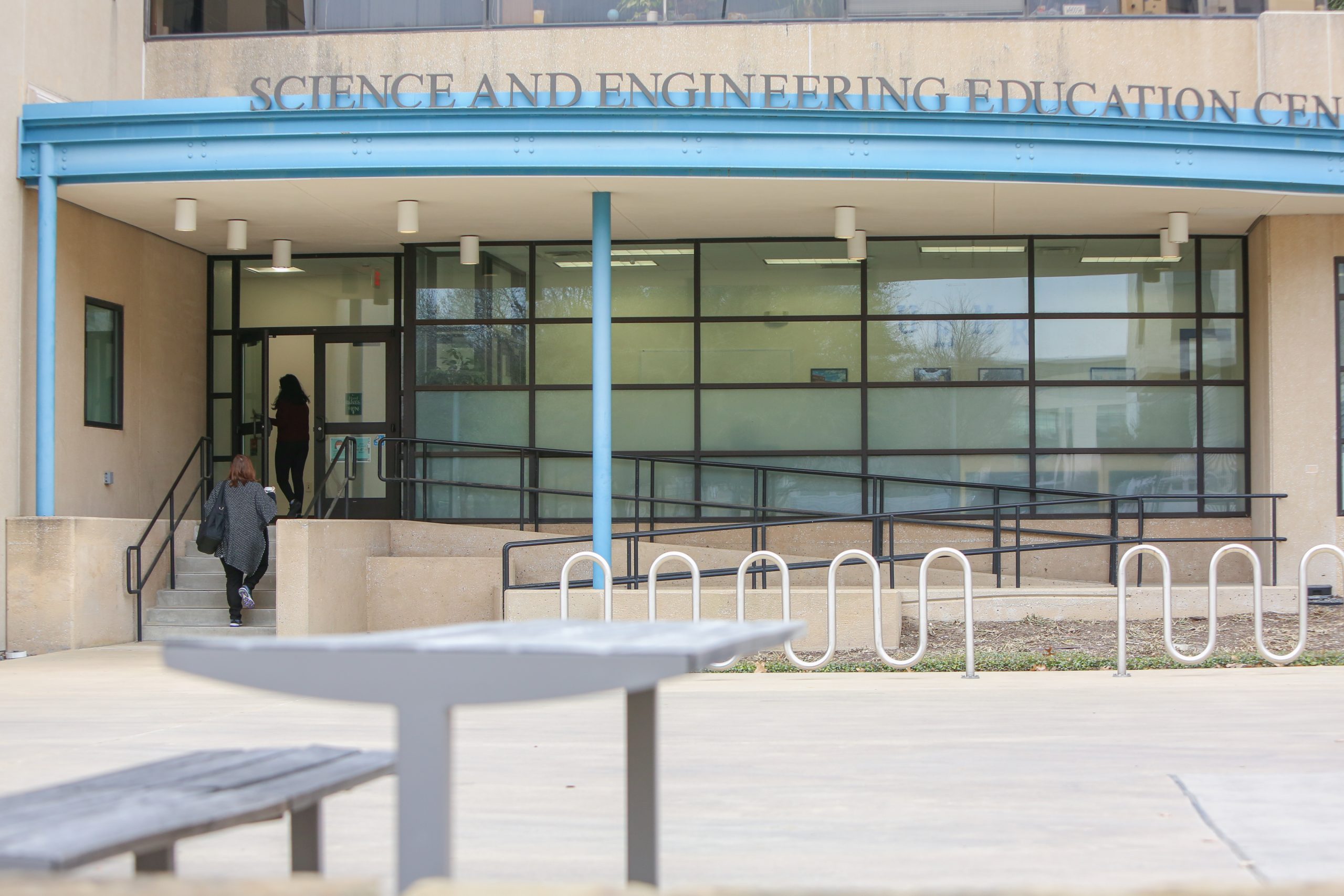 Provost Inga Musselman said that Hyndman’s commitment to research and education in the natural sciences and math made him a valuable candidate. (Photo by Roshan Khichi, Mercury staff).

Following the departure of the former dean in January 2020, a new non-interim dean has been appointed to the school of Natural Sciences and Math.

Appointed on Feb. 1, David Hyndman comes from Michigan State University, where he was a professor, academic advisor and hydrogeology researcher. Hyndman succeeds Associate Provost Bruce Novak, who was dean of NSM for eight years.

When Novak departed from his position at the beginning of last year, chemistry professor Dean Sherry said that he agreed to oversee the school as interim dean while Provost Inga Musselman looked for someone to fill the position permanently.

“She desperately needed someone to step in and sort of man the store, and I just felt obligated,” Sherry said. “I mean, UTD is my home. I’ve been here for 48 years. So, you know, why would I not try to do what I can to help solve problems? It was really more or less out of just being loyal to the university.”

Sherry said he worked to address salary inequities, workload issues and faculty recruitment in addition to finding research space for new faculty during his tenure as interim dean. While Sherry was doing this, Hyndman said he was applying for the opening as dean after he was contacted by a search firm last summer.

“I was at a point where I’ve been chair of the department of the Michigan State now for 10 and a half years and was stepping out of that role and was looking for my next leadership opportunity,” Hyndman said. “This just came at the perfect time.”

Musselman said that Hyndman’s commitment to research and education in the natural sciences and math – values that are important to UTD’s status as a national research university – made him a valuable candidate.

“Dr. David Hyndman’s record of leadership in research, teaching, service, and faculty and alumni engagement shows a shared commitment to these principles that make him an excellent choice to lead the school and contribute to the success of the university,” Musselman said.

After accepting his position as dean, Hyndman said that Sherry assisted him in his transition by regularly keeping in contact with him about the position’s functionalities, issues in NSM and school budgets. Hyndman said that one of the key things he wants to do coming in is enhance the research portfolio of the school.

“I also want to increase the number of tenure track faculty as soon as possible, as the number of students has grown immensely over the last decade,” Hyndman said. “So that’s one of my priorities … and looking at how we can hire new faculty and get the student-faculty ratio back something closer to what it was probably about 10 years ago.”

When it comes to the future of NSM, Sherry said that the school is in good hands under Hyndman.

“When you bring somebody new in, you have new ideas and new directions and that’s always a healthy thing,” Sherry said. “We’ve fallen behind in a few things and I think it’s important to sort of set us in a new direction again and to try to stimulate the faculty. We’ve got some great faculty in NSM, but you need a leader, you need someone to stimulate them.”

And the band plays on…virtually