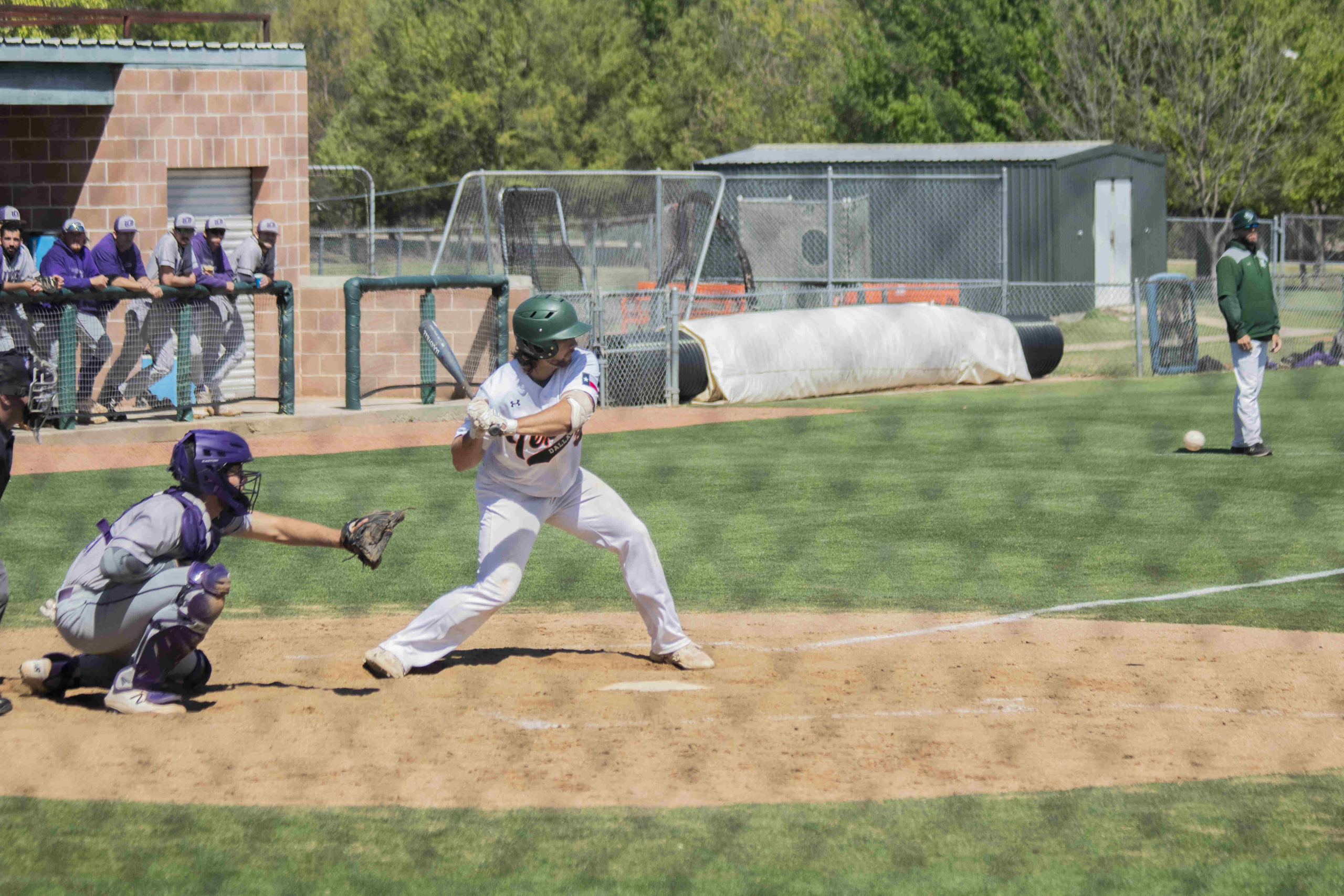 The second-place Comets bounced back against Sull Ross State and University of the Ozarks after losing three games to McMurray. Photo by Anna Phengsakmueang | Photo Editor

Fresh off a series sweep against Sul Ross State, the Comet baseball squad continues to build momentum in their march towards the ASC Championship Tournament and their ultimate title defense.

The Comets are ranked no. 13 nationally with a 20-6 record, remaining just a few games behind the first-place East Texas Baptist University in the ASC. After winning their first 10 games, the Comets faced a rough stretch of conference play, hitting a four game losing streak with a loss versus Mary Hardin-Baylor and a three game loss to McMurray. Despite this, Coach Shewmake remains to have full faith in the quality in his dugout and understands the various nuisances that come with the game of baseball.

“McMurray got the breaks we didn’t, and that’s what happens in baseball at times. And then we go to Alpine (Sul Ross State) and those balls we hit start falling and some of the breaks went our way. Sometimes baseball is funny that way, you hit it hard and it goes at somebody, and somedays it doesn’t, but we were fortunate to have a effective weekend with our bats in our last series,” Shewmake said.

The previous series against Sul Ross State saw the bats flying for the Comets, scoring a combined 49 runs and 55 hits across the three-game series. It remained an important comeback series win, and one that Shewmake hopes the team will continue to build off of in the last stretch of the regular season.

“It was big, you know, when you come off after losing four in a row. We needed to right the ship and we were able to do that. We were able to pitch well enough and obviously hit well enough when we score that many runs,” Shewmake said.

The stats also speak to how well-balanced this ball club is. Collectively, the Comets lead the ASC conference in batting average (.356), lowest pitching team ERA (4.74), and are tied for second in fielding percentage. In short, these numbers showcase how the Comets are not over-reliant on either their hitting or pitching staffs, making them a hard to beat team moving forward.

Despite this success and the positive clubhouse environment, it can also remain challenging for the Comets to manage the overall fatigue that comes with both the final stretch of the regular season and with final exams looming. Both the coaching staff and players recognize the challenges they face, but remain confident that the team can rally behind one another and take care of business on both ends.

“Ultimately, we are just trying to maintain what we got, so we don’t have to practice as long, so they can take care of schoolwork, so we can eliminate some stress as we get closer towards the conference tournament,” Shewmake said.

Outfielder A.J. Liu exemplifies this concept of balancing school without sacrificing the quality of play on the field; Shewmake described him as “steady.” Liu hit well over .350 in the series sweep at Sul Ross, including eight hits, seven runs batted in, and drawing four walks. This recent form has allowed him to win last week’s ASC Hitter of the Week title.

“As a player, I set high expectations for myself. It is something I aim for every week, especially with as good as a team we have I just try to do the best I can,” Liu said.

He attributes part of his success to the momentum of his teammates and pitching combined. Liu said that the current environment and team dynamic has been instrumental.

“Baseball is a game of momentum,” Liu said. “Once your teammates are playing well, it’s contagious, especially with all the great hitters we have on our team.”

With the first round of the ASC Championship Tournament scheduled for the first week of May, the Comets have some time to continue to develop and maintain their level of play. In the end, however, Shewmake believes the biggest challenge the team faces now could be complacency.

“You want them to keep working, which they have been,” Shewmake said. “Ultimately, I am not concerned with any real issues, but you just hope they don’t get complacent and do the things they need to be doing so we can get another championship.”

Commencement to bring all Comets together