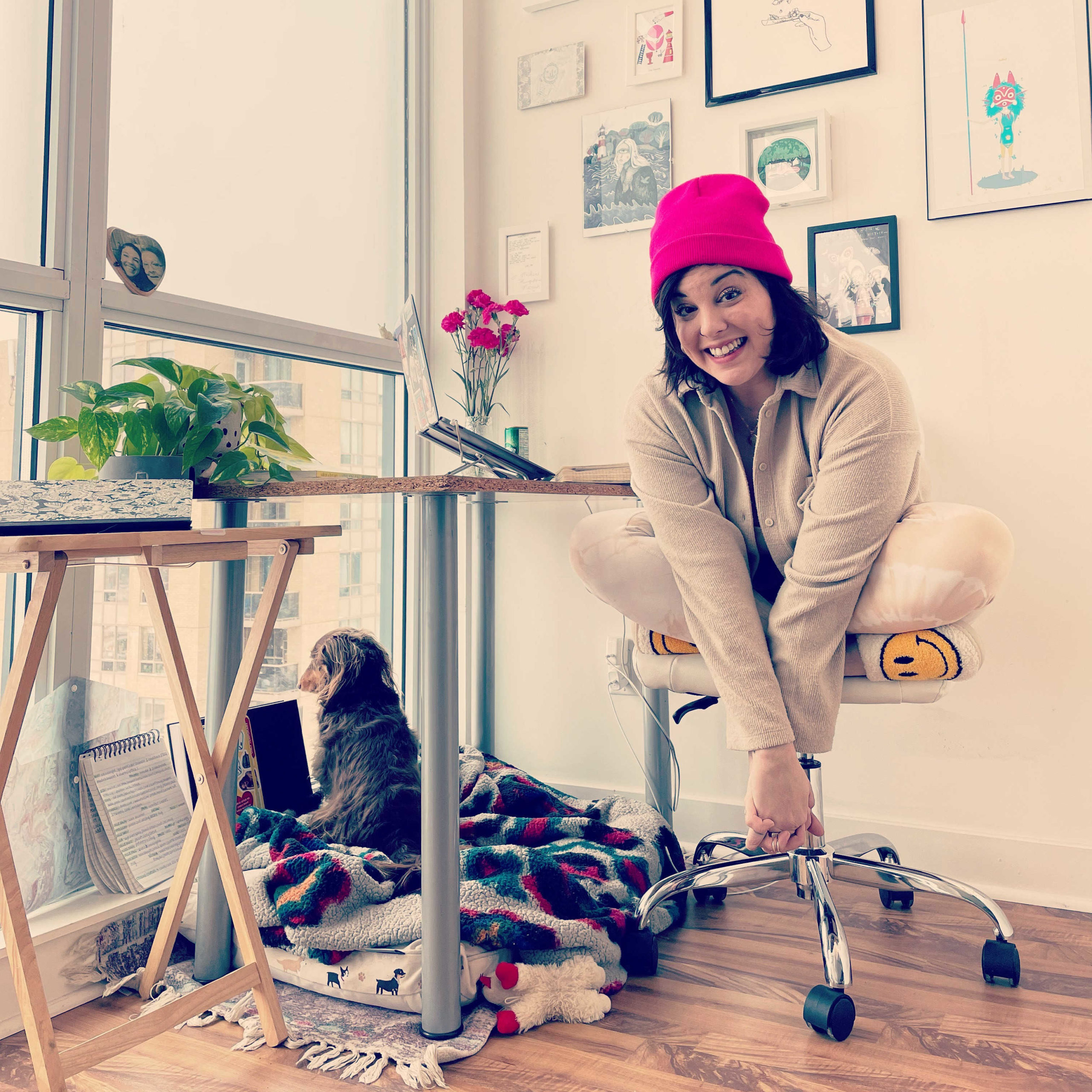 Sabrina Benaim became famous when her performance of "Explaining My Depression to My Mother" went viral on YouTube. She continues to share her profoundly human poetry in order to destigmatize and bring exposure to mental health issues. | Photo courtesy of Sabrina Benaim

In an honest, vulnerable and captivating virtual performance, Sabrina Benaim, one of the most viewed spoken word poets of all time, shared her poetry and heart with the UTD community at a virtual poetry slam hosted by SUAAB.

On Feb. 3, 34-year-old Benaim from Toronto shared poems about love, depression and everything in-between, warming the audience during the winter storm with her relatable and touching stories. As a poet and performer, she aims to break down the stigma surrounding mental health by sharing her own experiences. Especially during the pandemic when people are faced with isolation, her poetry acts as a source of comfort for many.

With almost ten million views online, Benaim’s most well-known poem is “Explaining My Depression to My Mother,” through which the poet expresses (unsurprisingly) her frustration of not being able to explain her depression to her mother. The UTD community was able to watch Benaim perform this iconic poem virtually, which also served as a gateway for her to speak about her thoughts on mental health.

“When ‘Explaining My Depression to My Mother’ first went viral, and then because of the attention I garnered from that poem, I got so many DMs at the beginning that were like ‘you should try Jesus! You should try working out more! You should try eating this, like, this will fix you!’” said Benaim. “We don’t necessarily put the stigma [for mental health] beside unsolicited advice, but truly, you know there’s a stigma around [mental health] when you tell somebody that you have depression and their first reaction is to try and fix you.”

Her conversation on mental health continued through her poem, “The Loneliest Sweet Potato,” where Benaim explained how she went to the grocery store as a way to cope with loneliness; being in an open space surrounded by strangers strangely made her feel slightly better. Through personal anecdotes such as this one, Benaim genuinely engaged with the audience by sharing poems that struck a chord within every viewer.

“Talking about your own mental illness with other people — that’s an experience I’ve had within my own family,” said Bronwen Olson, a freshman physics major. “I know how hard it is to get other people to understand what’s going on in your head and how important it is to be able to communicate about things like mental health and how that’s all part of recovery. For me, that’s one of the most profound things that Sabrina Benaim shared.”

Beyond just reading her poems, Benaim’s emotional delivery brought her works to life, so much so that her performance felt like a conversation between two friends. From reading poems about using cleaning as a coping mechanism to distract herself to sharing her stories about unrequited love, her performance described the profoundly human emotions that everyone faces at some point but often aren’t sure how to express.

“It felt like, [Benaim] almost knew me in a way, even though we don’t actually know each other,” said Kyle Mizumoto, a mechanical engineering junior.

Benaim is an excellent representation of how poetry and creative writing can help someone cope with difficult emotions. The creative writing community at UTD serves as an avenue for self-expression and understanding. In an interview, Ally Duong, a junior literature major, spoke very highly about the poetry classes and workshops she has taken on campus and shared her thoughts about Benaim’s performance in relation to what she has learned as a creative writing student.

“It’s just so cool that someone can be a poet professionally!” said Duong. “And [Benaim] answered a lot of awesome questions that showed that it’s not just some unattainable thing. While I was listening to her speak and read her poetry, I began making a map in my head to other themes I’ve seen in my classes, other poets’ works and sometimes even myself when [her poem] was really relatable and struck home.”

At a university that is very STEM-focused, Benaim’s poetry night emphasized the importance of taking some time to emotionally refresh yourself through creative activities. The creative writing community at UTD is often overlooked, but extremely valuable to those who participate.

“I will say, I look forward to [attending] other poetry events… especially because we go to a STEM school that is so very draining,” said Meghana Sankar, a psychology junior. “It’s nice to go to something so intimate and emotional, and let yourself feel things and not worry about an assignment that’s due at midnight. I think poetry reminds you that, yes everything you study at school is important, but it’s also important to feel things and have experiences. It reminds you that you’re human.”