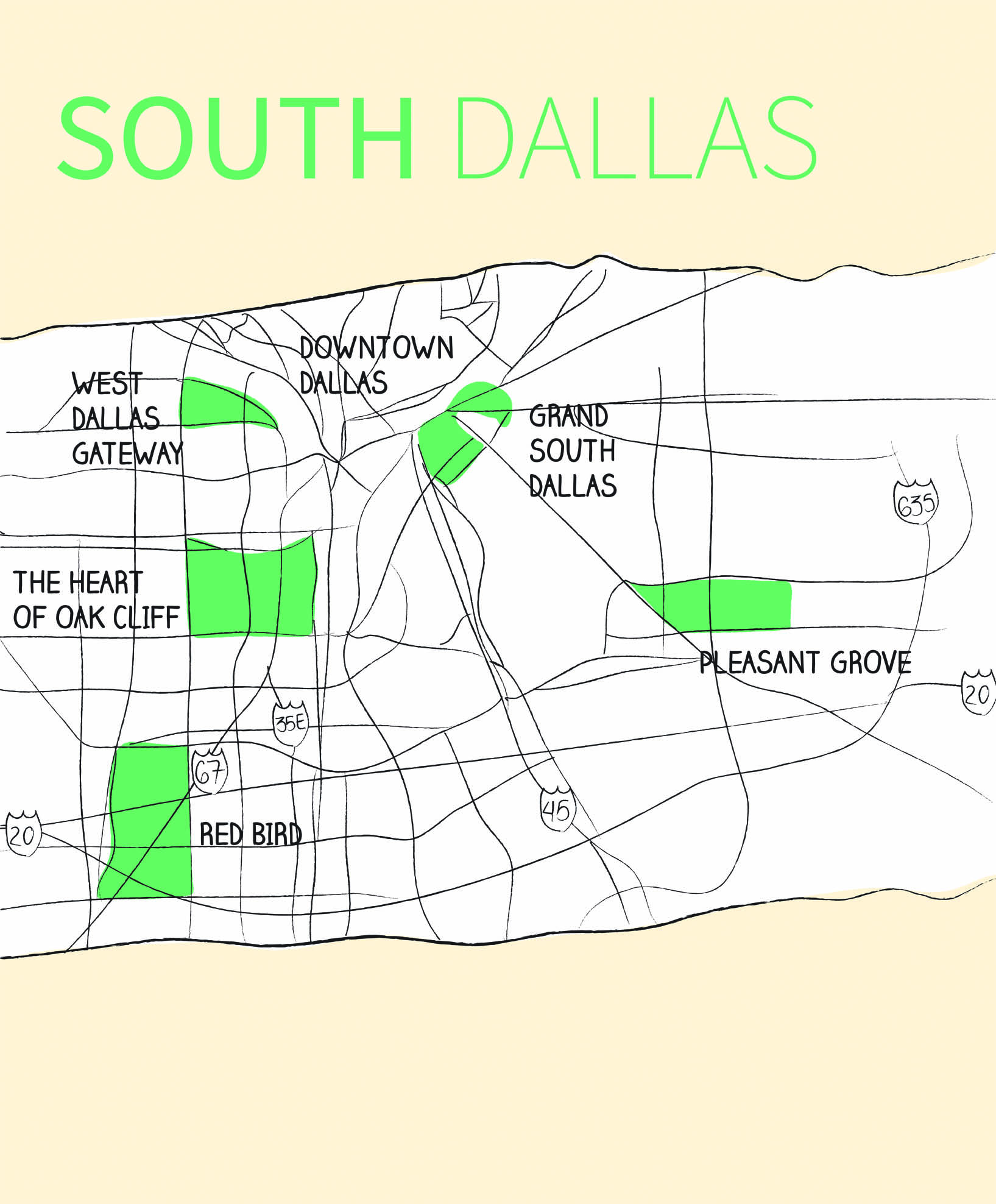 While UTD is well-known for its established science and technology research, it’s in a little building across campus where The Institute for Urban Policy Research is an emerging force in investigating the economic distress around Dallas.
In 2009, The Dallas Morning News  hired the Institute for Urban Policy Research, or IUPR, to survey five neighborhoods in South Dallas as a part of their series of articles about the economic disparity between North and South Dallas.
Now, IUPR is back in the field in order to follow up on their findings.
The Windshield Survey, named for the slow drive-bys done by interns gathering information through their car windshield, is a list of street codes that are assigned appropriately to every parcel of land in Pleasant Grove, Oak Cliff, Grand South Dallas, West Dallas and Red Bird communities.
A house that sits on a parcel of land is ranked from one to four by its cosmetic condition and other codes like barred windows or an unkempt lawn. The appearance of large grocery stores like Target or Walmart versus mini-marts and strip malls are also noted.
The survey is on track for completion by mid-August when the findings will be compiled, analyzed and compared to the previous Windshield Survey.
IUPR interns Sheila Dang and Ty Speights were assigned the task of driving through these neighborhoods and attest to the necessity of economic investigations like these.
“[IUPR] was founded to do community research and a lot of their studies do reach out and get into the neighborhoods, so I think that type of outreach was what The Dallas Morning News was looking for,” Dang said.
The Windshield Survey’s most important effect is the verification of what Dallasites may already know; there are significant economic differences around Dallas.
“The Red Bird neighborhood was probably the most developed out of the five, and the other four are pretty much on par with each other in terms of the deterioration of the houses,” Dang said.
Typical houses in these areas show signs of aging or neglect. Abandoned lots factor in negatively as well. Surrounding retail areas have less variety in grocery stores and retail in general.
“Dallas is trying to improve the quality of life for residents by giving them places where they can get groceries from instead of having to shop from a mini mart,” Speights said. “It’s so they can have a steady supply of good food so they don’t have to stock up on cheap junk food.”
While out in the field, the biggest challenge in taking data is the software used on a portable tablet to code parcels. On occasion, the software has a mind of its own, Speights said.
Another challenge is simply being able to judge parcels of land fairly.
“It is strange to look so objectively at the houses, even if you know someone is living there and even though the house may be looking really terrible sometimes, it’s hard to drive past and not think twice about labeling it as a two or a three,” Dang said.
As data is analyzed and understood by IUPR, there is hope that the Windshield Survey will reopen the conversation about the goals Dallas city leaders have for its struggling areas.
“If things are not changing, then what can we do to actually increase the economic development, because that’s the ultimate goal here, to decrease the economic disparity between Dallas as a whole,” Dang said. “And just from me looking, I can tell it has a long way to go.”