“It’s Monday, Monday, Monday!”
The announcer’s voice booms throughout the arena as I start revving my motorbike’s engine, waiting for the starting light. An entire host of ramps, jumps and obstacles stand between me and the finish line, and I’m determined to make it past them.
When the light turns green, I immediately set out at full speed. Not long after I’ve launched skyward from the first ramp, I bash my face into the edge of a scaffolding and perform slow backflips until I finally land head-first on the ground, at which point my bike comes free of my legs and falls into a box of explosives, causing a detonation that sends both me and what remains of my bike flying backward across the starting line.
Moments like this are frequent in Trials HD, a physics-based motorcycle stunt game released by developer RedLynx on Aug. 12 for Microsoft’s Xbox Live Arcade service. The challenge, however, is not always in the 2-Dimensional tracks, but in piloting the bike.
Players only have control of the throttle, the brakes and the lean of the biker ragdoll, meaning ramps and obstacles must be navigated with a fine degree of control not present in many other racing games.
Once the player masters the controls, an enormous range of possibilities opens up. When the biker leans forward or backwards, the fantastic physics engine kicks in, allowing the player to perform flips, adjust the bike for a smoother landing, position the bike so it gets more air on a jump, or use the bike’s momentum and the front wheel to just barely clear a gap. Adding this to some creative level design and intricate environments results in a challenging, entertaining racing game.
Unfortunately, such a degree of mastery does not come naturally with the game’s progression. The game has five difficulty categories, but the first three categories don’t do a very good job of helping you develop the skills to clear the final two categories, which contain 12 of the game’s 39 main tracks.
In addition, the first tracks of the game can be cleared in about three hours, leaving players with little more to do than attempt the incredibly difficult later tracks or try to go back to previous courses and clear them with a faster time and fewer crashes to earn better medals or higher leaderboard ranks.
Frequent checkpoints make the task of clearing tracks more bearable, allowing the bike to be reset immediately beyond the last obstacle cleared. Watching the bike crash in amusing manners also makes the process more bearable, at least for a while.
But after some time, trying the same section of track and watching the motorcycle crash repeatedly becomes akin to watching “America’s Funniest Home Videos” — once you’ve seen one guy fall on his face after jumping from a makeshift ramp, you’ve seen them all. The fact that the timer continues to tick while the player watches the crash before they hit the reset button doesn’t help either.
A number of details in the game go above and beyond in doing their part to both help and harm the gameplay. Many of the tracks give the biker good places to perform flips through the air, which reward the player with a “woo!” or “yeah!” if the trick is particularly impressive or high-flying. However, there is no recognition of the feat beyond these small noises, so the risk-to-reward ratio in performing such tricks is excessively high.
Another detail, the game’s soundtrack, is fairly repetitive. The sweet guitar riff that plays as the biker flies through the air fails to be sweet the 200th time the player hears it, leaving players to reach for the Xbox 360’s built-in music player instead.
Two notable additions to the game help extend the experience past the somewhat short main experience. The first, skill games, are fun little stunt diversions that can be unlocked by earning gold medals signifying flawless performances in the first three difficulties of the main game. The mini-games range from exciting (do as many flips as possible on a track in one minute without crashing) to mundane (climb a steep hill), but make a welcome, if brief, addition to the experience.
Also of high note is the level editor, which gives players the same tools the game’s designers used to create and save their own levels. The editor is relatively easy to jump into the game and use, so creating intricate tracks and crash scenarios isn’t too terribly difficult. While the editor does a lot to enhance the game, tracks can only be shared with Xbox Live friends, so obtaining new tracks can be a pain.
Ultimately, Trials HD is a great premise with mediocre execution. Fans of stunt racing games and those looking for a challenge would do well to at least download the trial version, but others should consider spending their $15 elsewhere. 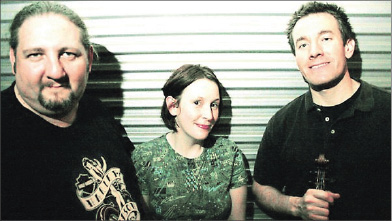