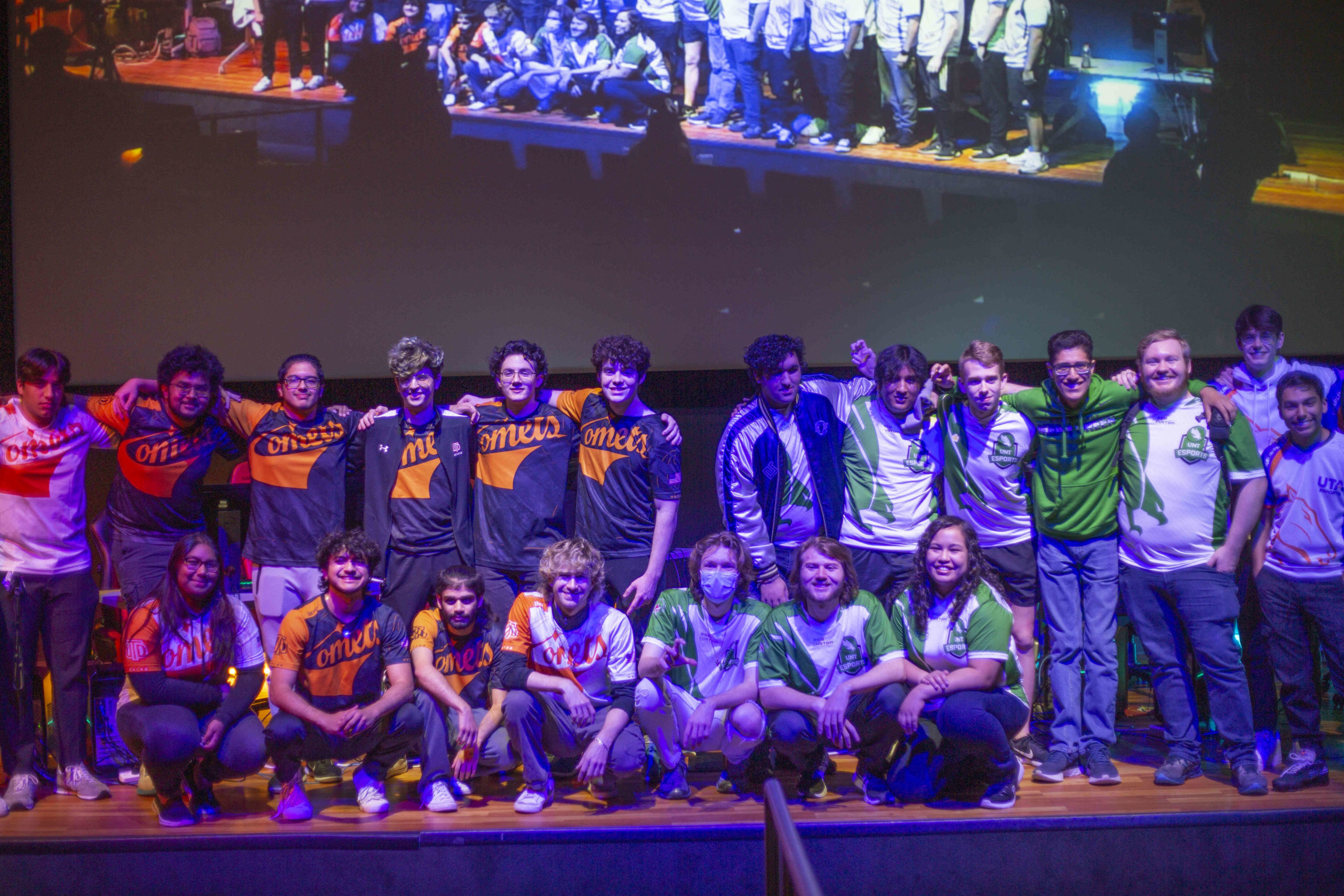 After months of planning, the esports team hosted a game show and best of three show matches with UNT and UTA on Nov 2. The Comet Con matches showcased both the team and the program’s expanded broadcast arm, with on-site production managing the stream from the SSA auditorium. Computer science senior and tank player Luey “Lueyyy” Salinas said that the planning for the event was a bit stressful.

During the games, UTD hyped up the crowd with multiple team compositions and meme picks. Cheers of “What is that melody” and high audience engagement kept the room lively. After the matches, ATEC senior Daniel “Tinspire” Muckelbauer said that the team was working well together going into the sequel.

“We got a huge result against one of the top teams, Fisher Esports,” Muckelbauer said. “So we’re just gonna keep building on that. We’re feeling really good.”

While the visiting teams did not defeat the home defenders, the in-person experience was still valuable to the players. UNT player Hunter “Roycenix” Spears said that playing LAN Overwatch was a dream come true.

“Previously I played at a community college, and that was one of the biggest things I wanted to do in my career as a student athlete,” Spears said, “which is to play at an in-person event. And it was really nice that UTD hosted this for us, and honestly, I could not have asked for more … we were kind of hoping for a closer match, but I’m really glad we were able to show up for the second match and at least show we were not washed or trash.”

While the Comet Con show match only featured three schools, Salinas said that the team hopes to host larger events in the future.
“Be on the lookout for more events like this,” Salinas said. “Hopefully next semester we can run a [larger] scale event, get more schools out here, and it’ll be a lot of fun. It takes a lot of time, planning, logistics, a lot of figuring out to do, so hopefully we can do a lot more stuff like this.”