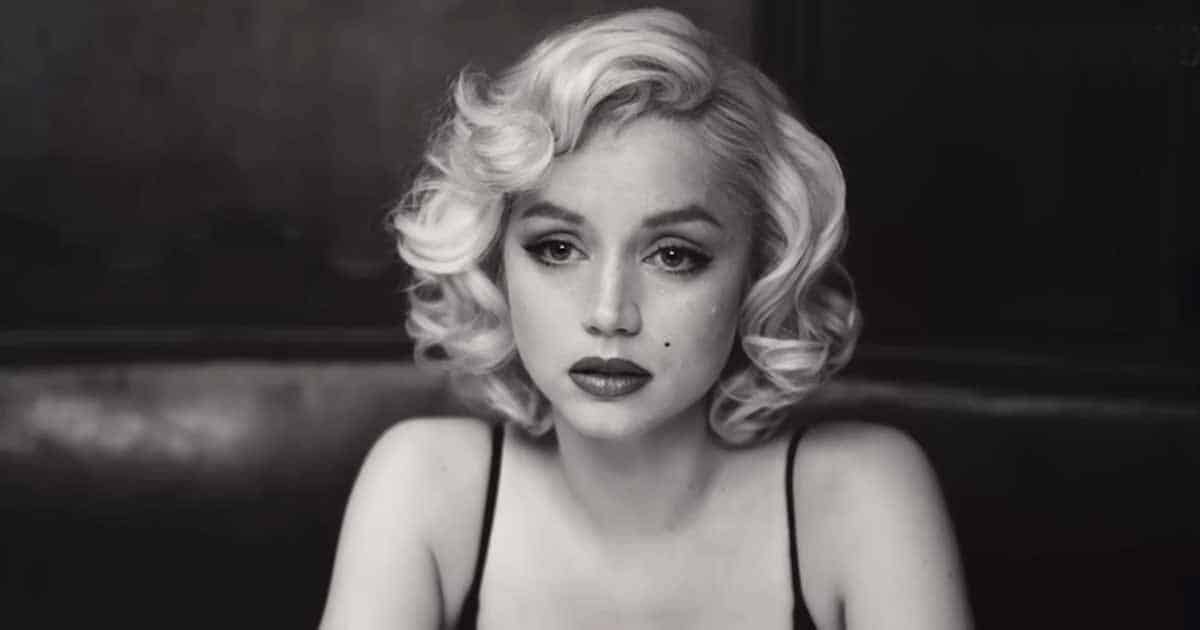 Director Andrew Dominik’s “Blonde,” starring Ana de Armas, is a heavily fictionalized retelling of the life of Marilyn Monroe (née Norma Jeane Baker), based on a book by Joyce Carol Oates. While people know of Marilyn’s rough childhood and her legacy as a Hollywood icon, most are unaware of a how a predatory media economy exacerbated her mental illness. “Blonde” attempts to communicate this point but only misrepresents her life and exploits her death yet again.

The entire plot of “Blonde” is entangled with bizarre reimaginings of Marilyn Monroe’s life; I won’t spoil them here, but it is clear they are done for shock value. The true details of Monroe’s life are obscured by unnecessary lies invented by a writer bent on subjecting this woman to a marathon of suffering. The movie’s motive for doing this is clear: to make a statement about the relentless exploitation and objectification that Marilyn Monroe endured at the hands of Hollywood. But how is that message meaningful when it is done by exploiting the legacy of a mentally ill woman’s chaotic life and tragic death? Critics have called this film self-indulgent for good reason—it is unbearably hypocritical.

“Blonde” could be described best in two words: “male gaze.” It criticizes voyeurism in media by creating a feature-film length chronicle of voyeuristic torture porn. It criticizes hypersexualization by telling a tale of graphic trysts that once again force Norma Jeane into the sex roles she felt so stifled by. In life, she was a complicated but highly intelligent woman with a talent for writing and a love of literature. This film prefers to portray her as a milquetoast man-pleaser—completely ignoring her independent spirit. Flitting from relationship to relationship, Monroe comes across as having little depth of her own. Some might argue this is a symptom of her illness. But I say it is lazy writing.

Many modern psychiatrists believe that Marilyn Monroe suffered from Borderline Personality Disorder (BPD), a serious mental illness that affects a person’s ability to control their emotions, thoughts and impulses. For a woman whose life was crippled by the disease, this movie does a good job of playing up the symptoms it deems romantic and excluding the ones it finds disagreeable.

While its depiction of Monroe is misleading, the film communicates BPD’s more confusing symptoms in a way never done before. Monroe’s inner world is a pinwheel of moods where reality and delusion all blend together; this stream of consciousness is perfectly portrayed with a cerebral style of cinematography. The movie frequently flips between color and black and white as Monroe rides an emotional roller coaster. Confusing shots obfuscate an objective view of reality so that we understand where Monroe’s mind has gone—for example, twisted reflections following her distorted sense of self. And, in moments of emotional crisis, Monroe can even become paranoid or delusional or outright hallucinate. Reality becomes a nightmarish waking dream.

Cerebral cinematography also plays with Norma Jeane’s identity confusion—every time she looks in the mirror, she sees someone different. Reflection is a prominent motif throughout this movie: particularly the blurred line between Norma Jeane Baker and Marilyn Monroe. At heart, Norma Jeane was quite sensitive and shy, and in “Blonde,” she can only bear fame by projecting it onto her stage persona Marilyn Monroe—a person she views with bewildered disgust. “That thing up on the screen, it isn’t me.” Norma Jeane can hardly stand to look at herself, let alone have others see her, and so Monroe serves as a lightning rod for all of her self-hatred. While it is imperfect, “Blonde” is an effective portrait of a mind in pieces.

In “Blonde,” some of the symptoms of Marilyn Monroe’s illness are depicted in a way that is outright dangerous. All through her painkiller benders, Monroe has flawless skin and not a hair out of place. Despite the fact that she is constantly doped up, the drugs she takes are always conveniently off-screen. Like many directors, Andrew Dominik shows the “tortured soul” side of addiction and conveniently forgets its ugly details.

Most egregious is the scene where Monroe takes her own life. Glorifying suicide is nothing new in media, but it reaches an unconscionable level in this film. An overdose is not pretty; it is grotesque and tragic and horrible. Despite this, Monroe does not choke on her own vomit. We do not see her last sputtering gasp for air. She peacefully goes to sleep on a heavenly bedspread, an angelic beauty returning to God. Not only is this depiction inaccurate, it is unhealthy. I fear for the young people who might chance upon this movie and somehow convince themselves that suicide is anything but gruesome.

The movie ends full circle by reminding us of the underlying rhythm of Norma Jeane’s psyche: a woman with a good soul who forever grieved the loss of her parents. The tragedy of Marilyn Monroe is that even though she knew she was sick—an illness she frequently pondered in her writings—the world offered her no recourse for recovery. Norma Jeane Baker dreamt of having a family, a creative career and a stable life. Instead, she was deemed “crazy” because she had an illness there was not yet a cure for. Without the proper tools, Norma Jeane couldn’t learn to love herself—even if it meant her life.

“But where does dreaming end and madness begin? And anyway, doesn’t all love depend on illusion? (Dominik, 2022)”