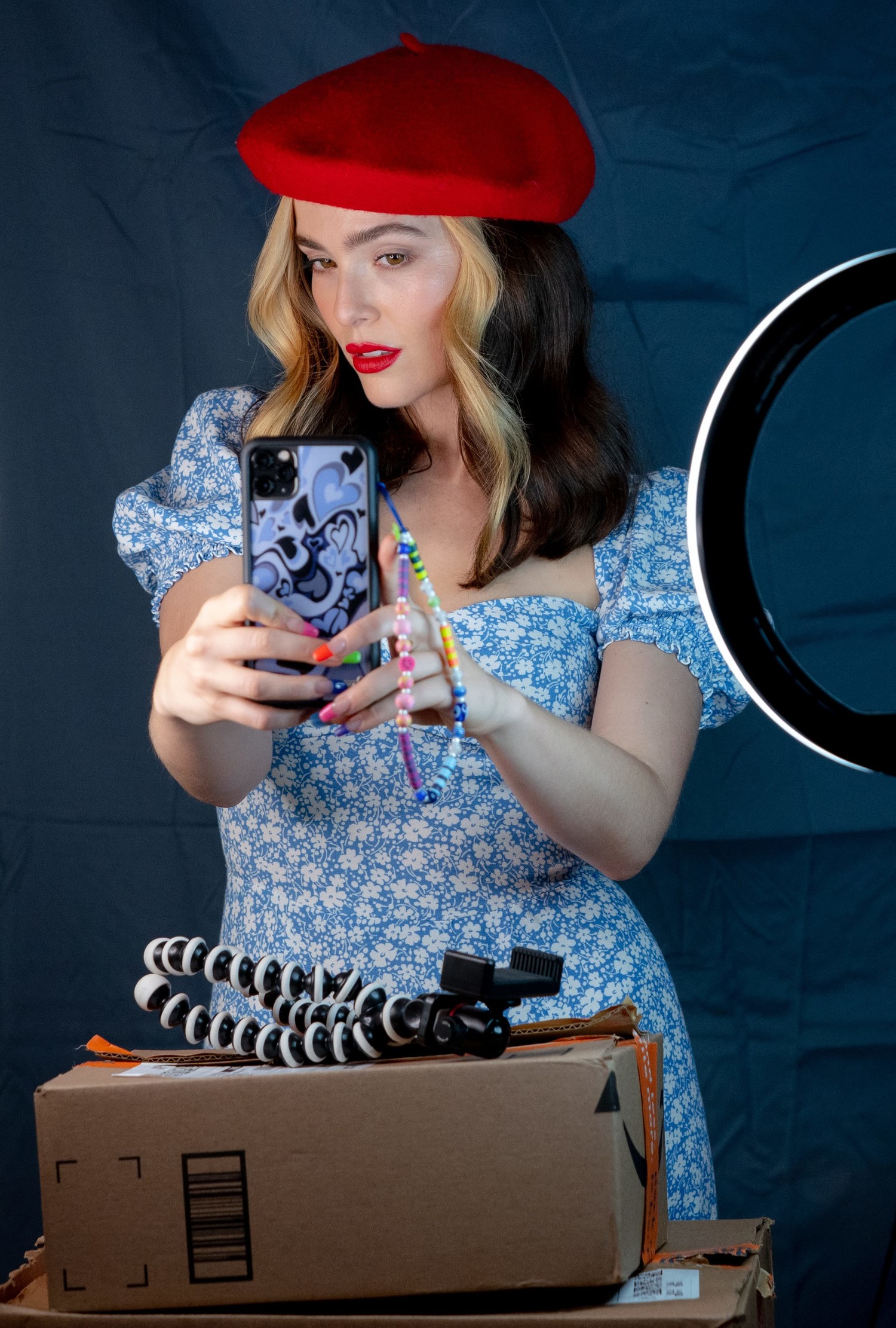 “Not Okay” attempts to explore just how far the internet-obsessed will go to achieve fame, but misses its mark and comes across as flippant and insensitive.

A social media focused film like “Not Okay” comes at the perfect time. Phones are no longer just used for twenty-cent-a-minute calls—nowadays, through the internet, we have access at all hours of the day to near-limitless amounts of information. “Not Okay” calls into question the commodification of self, something that it argues is a result of the new phenomenon of chronic internet use. Those who are ‘media obsessed’ in the film cleverly exploit cursory trends that go out of style as quickly as they are in. “Not Okay” shows us how commodification in the name of fame is short-lived and unsatisfying.

The film’s “not-so-pro” protagonist Danni Sanders finds herself thrust onto a global stage after she lies about being a survivor of a terrorist bombing. This premise is where the film begins to fall apart. The odds in which she situates herself toe the line between outright offensive and totally unbelievable. Further, Danni’s interaction with people who truly experienced traumatic terrorist events in the film fails to be comedic and comes across as making fun of survivors. The film goes so far as to reduce therapy for trauma to a playground for Danni where she can take advantage of a community of people who, unaware of her lie, are nothing but kind to her.

In the film, Danni befriends Rowan, a younger woman whose older sister died in a school shooting. Rowan is the film’s only redeemable character, who Danni copies to better fit the role of “survivor.” The concept of appropriation is stressed in the film with Danni’s total willingness to step into spaces she has little knowledge of in the name of internet fame. The audience’s knowledge of the truth contrasts with Danni and Rowan’s relationship to create a near constant sense of discomfort.

In a meta way, “Not Okay”making light of very serious topics like bombings could be interpreted as a commentary on the impact social media has on horrific events. However, the film does little to connect the disorganized portrayal of Danni Sanders—an ignorant white girl—to the dangers of giving ignorance a platform. Creating a film critiquing social media under the guise of fiction ultimately comes across as a cop-out and almost succeeds in doing exactly what Danni is criticized for in the film: commodifying a group of people for personal ends.

In its conclusion, the film also tries to tackle the topic of cancel culture, but its position is overshadowed by the strange and undeserving idolization of Danni’s character, an idolization that feels misplaced at the conclusion of the film.

Overall, “Not Okay” misses its mark. Those looking for a hard-hitting commentary on internet commodification will be sorely disappointed. The film’s poor attempt to portray the shallowness of social media succinctly describes “Not Okay” itself.