Not all Christians are equal

Christians should love without conforming 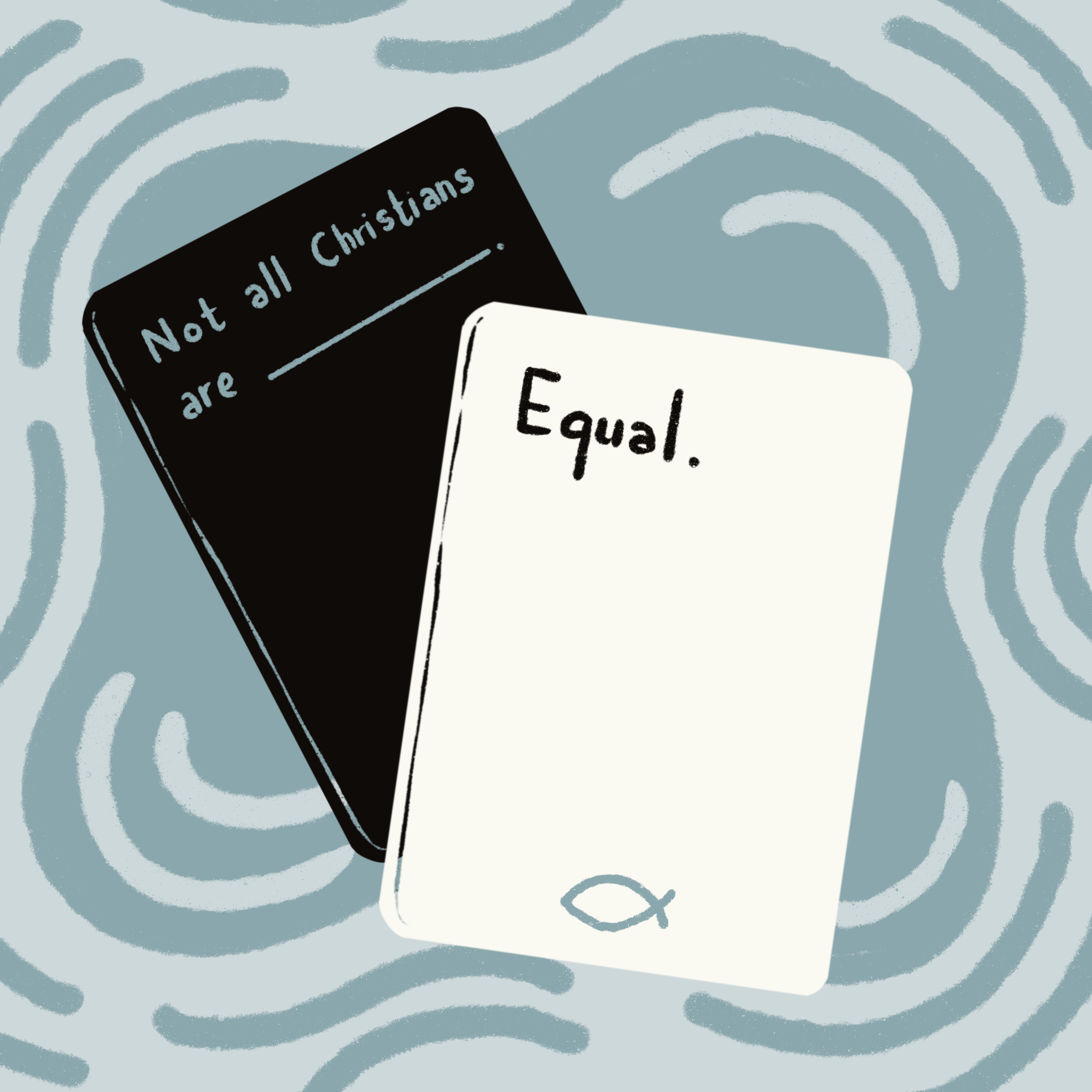 Going down the highway, some guy driving recklessly with a Jesus fish on his car cuts me off. A group of my Christian friends invites me to play crude games like Cards Against Humanity. Churches full of Christians have shamed and forced my Christian friends to leave the church because of their sexual orientation. Christians are supposed to be patient, loving, kind and forgiving, so what’s the deal with all this hate, vulgarity and self-righteousness?

Biblically, Christians are called to live in a way that clearly sets them apart from the world around them (Deuteronomy 14:2). The laws in the Old Testament were designed to call Christians to a distinct standard of living so that anyone who saw them would be able to easily recognize them as a Christian. Even though most Christians don’t adhere to all the Old Testament laws, we can still see that God desires us to live a life that’s distinct from others. Even Jesus’ disciples say so in the New Testament (1 Peter 1:16), calling us to be “holy,” which literally translates to “set apart.” Nowadays, however, most Christians fit in with the rest of the crowd.

The third commandment of the Ten Commandments is to not take the Lord’s name in vain. Most of the time, we think this means not using profanity with “God” or “Jesus” in it. While this is true, there also is a double meaning. In Hebrew, “taking someone’s name” means bearing their name, almost as if you put on a name tag with “Christian” written on it. This passage is calling us to not go around using profane or vulgar language – or participate in inappropriate conversation – with the Christian name tag displayed proudly on our chests. Yet, we continue to play crude games, we’re quick to respond with “that’s what she said” to make a funny innuendo and we are still prone to releasing a stream of vulgarities when our shot gets blocked in Rocket League. Christians are basically telling the world this is how we live: not any different from anyone else.

In the New Testament, Jesus calls us out again. He says it’s easy for anyone to be nice to their friends, but that as Christians, we should set ourselves apart and be kind to everyone – even our enemies (Matthew 5:46-47) – and that we should exemplify love and kindness (John 13:15). Furthermore, Jesus tells us that church should be a place for the sick and the sinners (Luke 5:31), but in this day and age, some churches have become a place where people go on Sundays to prove to each other how righteous they are. Instead, we should be welcoming everyone to church because everyone has sinned (Romans 3:23).

We are living in an era where even the leaders of our churches – the ones who are supposed to be setting an example – are unrecognizable as Christians, living morally corrupt lives. Carl Lentz, worship pastor for Hillsong, one of America’s biggest churches, was fired for having multiple affairs and displaying “general narcissistic behavior, manipulating … and constantly lying.”

In his statement on Instagram, he apologizes for being unfaithful in his marriage, the “most important relationship in [his] life.” As Christians, not only should we be faithful in our marriage, but our marriage or relationship with our significant other should not be the most important relationship in our life. Our relationship with God should take the number one spot. No wonder Christians are doing so poorly at living distinctly from the rest of the world; our pastors and leaders aren’t doing any better at setting a good example for this kind of lifestyle.

I know several people who have told me they’re not interested in Christianity because Christians are all over the moral spectrum. We’re setting contrasting examples of what it means to be Christian and picking out pieces of the Bible we can use to judge others while completely ignoring what it says about how we should live our own lives. If you’re a Christian, I challenge you to evaluate your lifestyle and consider the image you’re portraying while wearing the Christian name tag. If you’re not a Christian, I encourage you to challenge the Christians you do know and call them to a higher standard of living, free of vulgarity and self-importance, replaced with the kindness and love that we as Christians are called to exemplify.

Periods need to be recognized. Period.