A 15-year-old boy roams the streets of a new country. His future looks hopeful, considering he just fled his home in Vietnam after witnessing the devastation of war. Little does he know he’ll be given something that children in his country don’t recognize as a right, but rather as a privilege: free education.

Several years later, that boy’s story influenced his daughter Grace Nguyen, a psychology sophomore at UTD, to found a non-profit organization focused on funding education for children in Vietnam.

Nguyen’s initiative, which is called Mai, meaning “tomorrow” in Vietnamese, is largely inspired by her father’s success story.

“If it wasn’t for the free education that he received in the United States, a boy like him that had to labor since the age of 8 would not be able to become an accomplished mechanical engineer here today,” Nguyen said.

Her parents constantly remind her of the privilege she possesses and the responsibility that comes with it. Their words echo the truth about the lifestyles of those back home in Vietnam, where an education isn’t part of the plan for everyone.

“These kids live in extreme poverty. So not only are they not able to afford school, another reason they have to quit school is that their families need a source of income. You are seeing kids at the age of 8 and 9 quitting school so that they can work and these kids are just in elementary. … It is a cycle of poverty for them because they cannot get out of it,” she said.

For Nguyen, her good fortune, which has allowed her to take the steps to get where she wants to be in life, translates into Mai’s mission. She hopes to make the same dreams achievable for as many impoverished children as she can.

“My primary goal is really simple,” Nguyen said. “I hope through this collective effort from our team, and especially Mai supporters, we can help make tomorrow more worth looking forward to for the children we send to school. Maybe one day these kids will have a stable job and get themselves out of this cycle of poverty that their parents and grandparents could not escape because of their lack of education.”

Mai’s primary way of raising funds is through the sale of hats in blue or gray, complete with the stitched image of a child running with a kite trailing behind them, inspired by the plot of a novel she loves.

“If you have read ‘The Kite Runner’ by Khaled Hosseini, then you might remember the quote ‘There are a lot of children in Afghanistan, but little childhood,’” Nguyen said. “To me, this message is painfully true because, not just the children of Afghanistan, but millions of children spend every day living under all kinds of uncertainties. For the children that Mai helps send to school, their next meal is just as uncertain as the tuition they need for school. The image of a kite runner delivers the far-flung hope that with philanthropic efforts, every child will be able to receive a childhood free from such worries.”

Mai’s main product line is centered on hats because it translates into Nguyen’s desire to give millennials the opportunity to give back while receiving something in return.

“We seek to make change through very simple methods. Our proceeds from each hat will help cover the costs of school fees, uniforms and school supplies for Mai children. It will also help provide resources for impoverished schools. Most importantly, the support you give, whether through getting one of our cute hats, spreading Mai’s message or fundraising for our children, donations big or small will give children who live in extreme poverty an education they deserve and a childhood free from one less uncertainty,” Nguyen said.

Rita Bargerhuff, a marketing professor, witnessed Mai’s growth in her classroom. The idea for the non-profit came from a group project Nguyen worked on for Bargerhuff’s class.

Mai is partners with the Blue Dragon Foundation, an Australian charity working in Vietnam with over 1,500 of the country’s most vulnerable children.

“I think the idea of figuring out a way, while you’re a student, to give back and to find a cause you really believe in … They (the Blue Dragon Foundation) have more resources and abilities to put those funds to better use than she would as an individual so I thought it was a tremendous idea,” Bargerhuff said.

By investing her own money, Nguyen orders the hats and profit from sales are sent directly to the Blue Dragon Foundation.

“We are not a charity. We are not asking for money. The Blue Dragon is the charity. We are a non-profit. We raise money through the sale of hats. Also, because we are raising money for a charity … it is okay for people to donate or if people want to fundraise. One of the goals is to spread the power of making a difference,” she said.

Bargerhuff is optimistic about Mai’s future, especially with Nguyen leading the way.

“I really believe if she’s persistent, because the concept is good and apparently, it’s like I said, the tying together of some kind of quasi fashion item and donations seems to be appealing. Then I think she’ll be successful,” she said.

The cost of each hat is $20 with all profits going directly to the Blue Dragon Foundation. For the equivalent of 27 hats, a disadvantaged child can attend school for a year.

Upon purchasing a hat, the buyer will receive a profile of the child they have helped with their purchase. Mai’s partner, The Blue Dragon Foundation, accepts donations directly.

Nguyen said she chose The Blue Dragon Foundation because it is an established charity that has the means and the knowledge to use the funds that Mai will raise in the future to help those children who are in an extreme need of assistance.

Nguyen sees her fortune and privilege as something that she was bestowed with for a reason: to help those less fortunate than her.

“A friend who helped me with Mai brought up a great point,” Nguyen said. “He said, ‘If you feel overwhelmed because of college tuition, imagine what life would be like if you had the same financial burden for your high school education or if you or your family couldn’t afford to send you to school. Do you think you could function in society without it? What about a middle school education? Or an elementary education? Could you imagine being an adult with a second-grade education?’ And I feel like what he says is really powerful in the sense that it’s crazy that we don’t think about how blessed we are until we think about what others don’t have compared to us.” 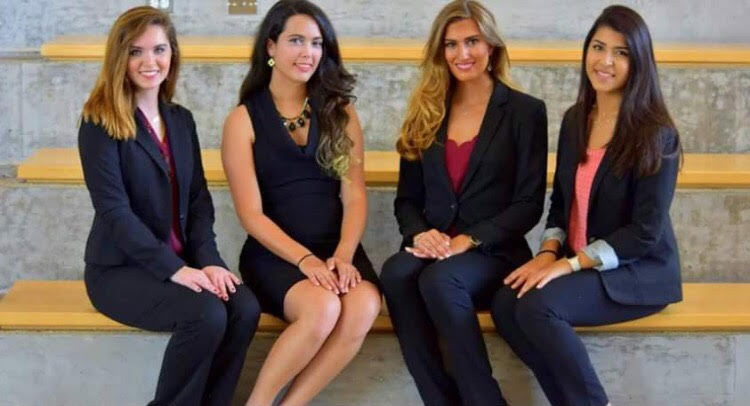