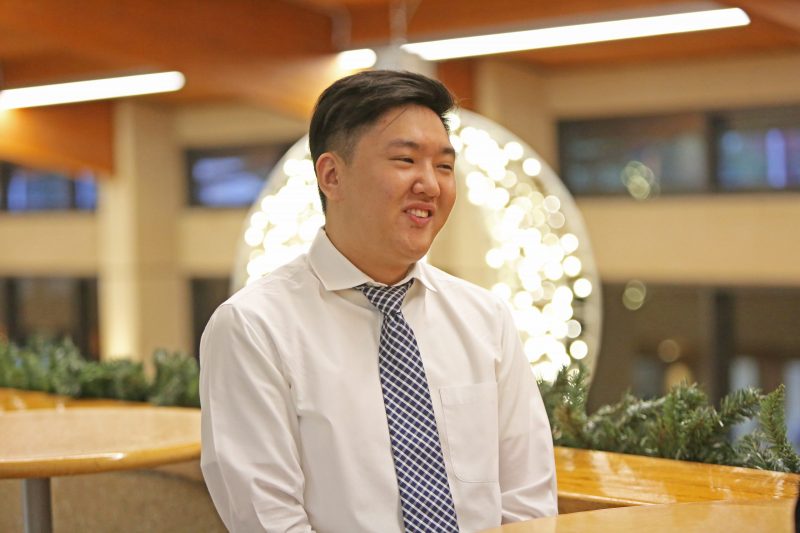 "League of Legends" A team captain and top laner Kyung "Lunarly" Joo said the team takes about one to two days to learn the ins and outs of new meta during patch drops. Photo by Roshan Khichi | Mercury Staff

“League of Legends” got a massive pre-season patch, changing the drake system, map and various other systems of the game. With massive meta changes, the UTD League team is adapting as necessary.

The biggest change to “League of Legends” in patch 9.23 is the overhaul of the drake systems. Of the many monsters in the jungle, elemental drakes come in four varieties and spawn in the dragon pit. There’s an infernal drake, cloud drake, earth drake and ocean drake, with buffs to various aspects of champions given to the team that kills the drake. They respawn in different forms and after two drakes are killed, the third drake’s element becomes the map’s element, changing the terrain of the map.

Computer science junior Kyung “Lunarly” Joo, the “League of Legends” A Team captain, said the new drake importance has created a larger focus around the bottom lane, which is closest to the dragon pit.

“The dragon changes how the map plays. So as a top laner I feel like there are two big things that I could do: either play for the team and try and secure dragons with saving my teleport or just completely isolating myself and trying to win top and then pushing that lead to again help my teammates and take more dragons,” Joo said.

While this patch has shaken up the meta-game in a large way, it’s par for the course for the team. Joo said that because the tournament that they’ve been playing in this semester — Upsurge League — is not Riot-sponsored, the tournament is played on the live game. This means that if a patch is dropped on the day of a match, that’s the version the match is played on. This is in contrast to official Riot tournaments that will keep a tournament on a previous balance patch for longer so that pros don’t have to spend too much time adjusting to new metas.

“If a patch is coming out on a Wednesday and then we play that Wednesday, we have to play the tournament on that new patch,” Joo said. “So, there’s some things that people might not pick up and that’s kind of the fun of it.”

In a best-case scenario, the team will get a few days to learn the ins and outs of the meta after a new patch drops. Joo said the team mostly accomplishes this through playing in solo ranked games and through scrims, taking one or two days. After playing a lot of the updated game, new strategies and builds for characters reveal themselves, with Joo saying that Conqueror Cassiopeia in patch 9.23 is powerful due to how Conqueror stacks quickly and heals for damage done.

“When a patch comes out, we need to quickly find out what’s the best in the meta,” Joo said. “The main goal for all five of us is just to play as much as we can to gain that knowledge, and also get help from analysts who see what is good at that moment.”

Joo said it generally takes only a few days to get used to smaller balance patches, and a week or two for larger patches like 9.23. Some of Joo’s favorite champions are Akali and Irelia, but as the meta shifts, the champions that the team plays also shifts, whether or not that champion is the favorite of that teammate.

“Each player has their best champ. Their little pool of ‘Oh, these are my three favorite champions that I love to play in, that are really, really good that I’m really confident in,’” Joo said. “But then again, sometimes the meta might not match up with your favorite champs, so you’re kind of forced to learn those new champions to be relevant in the meta … If you have a favorite champ and they’re really good at the moment, play it and you’re going to be successful, but if not you just kind of have to learn. And that’s how it goes.”