Neither rain, nor sleet, nor lack of government aid 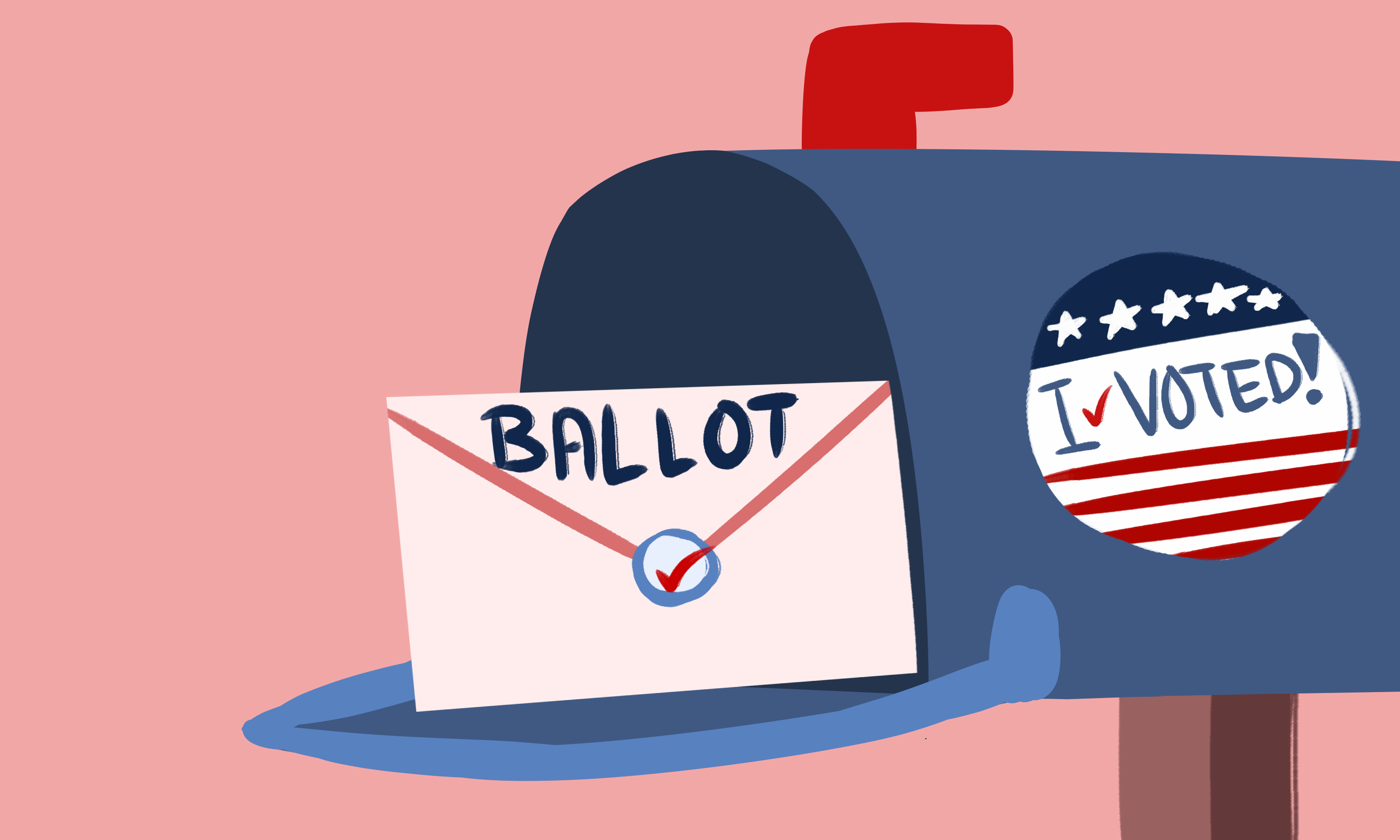 As election season approaches and the pandemic continues, mail-in voting is becoming an increasingly attractive option. Since cutbacks on funding for the Postal Service could greatly hinder the ability to vote by mail, it is incredibly essential for the agency to receive immediate funding.

The United States Postal Service has provided Americans their mail for over four decades. However, the federal agency has seen a considerable decline in mail volume due to technological advancements and rising costs. According to the U.S. Government Accountability Office, USPS has “lost $69 billion over the past 11 fiscal years” and its expenses have exceeded revenue.

On top of this, the Trump Administration has continuously refused to provide aid to the independent agency, turning down Democratic party efforts to pass a $25 billion aid package for the Postal Service.

In a recent press briefing by the White House, President Trump focused his attention on the potential of mass mail voting fraud. Instead of mail-in voting, he emphasized verifying voters at physical polling locations. However, this practice raises concerns on duplicate voting for presidential candidates. Since there are states that don’t count votes until Election Day, verification by voting again in person could lead to inaccurate results and electoral fraud.

Perhaps the argument for in-person voting and not so much for mail-in voting sufficed in the past. But with a life-threatening virus looming in the air, not everyone in the nation feels comfortable standing in long lines at relatively compact polling sites.

According to Pew Research Center, 49 percent of registered voters from both parties – compared with just 15 percent from 2018 – indicated that they expect difficulty with voting. In terms of what kind of voting they desire, Trump and Biden supporters are noticeably divided. The statistics showcase that 60 percent of the Trump supporters prefer in-person voting, whereas 58 percent of the Biden supporters prefer mail-in voting. Thus, options to both vote by mail or in-person should be available to promote a fair process.

According to the U.S. Election Assistance Commission, in the 2016 election, 16 states reported a combined percentage of more than 50 percent of votes cast early, by mail or absentee voting. As the availability of states providing early and mail-in voting options has grown, there has been a steady decline of Americans voting in-person on Election Day. Currently, nine states make absentee ballot requests accessible to all registered voters via mail, and 34 states allow absentee ballots to be cast without a specific request for permission. With such an increasing strain on the Postal Service during COVID-19, providing efficient mail service to America is crucial.

The argument that mail-in voting promotes fraudulent behavior is a consistent point of debate. The Brennan Center for Justice reported that the incident rates of voter impersonation fraud were “between 0.0003 percent and 0.0025 percent.” Of the 135 million votes cast in the 2016 election, only four cases of voter fraud were documented according to the Washington Post. Additionally, there were incredibly low numbers of “fraudulent ballots in states with universal mail voting.” Thus, the likelihood of voter fraud this year is not as much as one might think.

There is also the argument that mail-in voting may benefit one party over the other in terms of turnout. Research by the Proceedings of the National Academy of Sciences has concluded that there is “no apparent effect” on turnout of voters who identify with the Democratic Party or lean towards a Democrat candidate, as there was only a 0.7 percent turnout share increase. Rather, the data collected by the PNAS correlate voting by mail with “modestly [increasing] participation while not advantaging either party.” It seems in actuality, then, that mail-in voting can benefit the American people, as there was a two percent rise in turnout on the states that applied universal mail voting from 1996-2018.

To support the USPS during its financial crisis, consider utilizing this mailing agency more often as it maintains a constant service price in comparison to privatized companies. Besides raising awareness with elected officials, buying stamps is also extremely helpful as tax money is not distributed to the agency. As the nation votes by mail this election season, government funding for the Postal Service is needed to ensure that everyone’s voice is heard.

Honorlock is not the key to proctoring