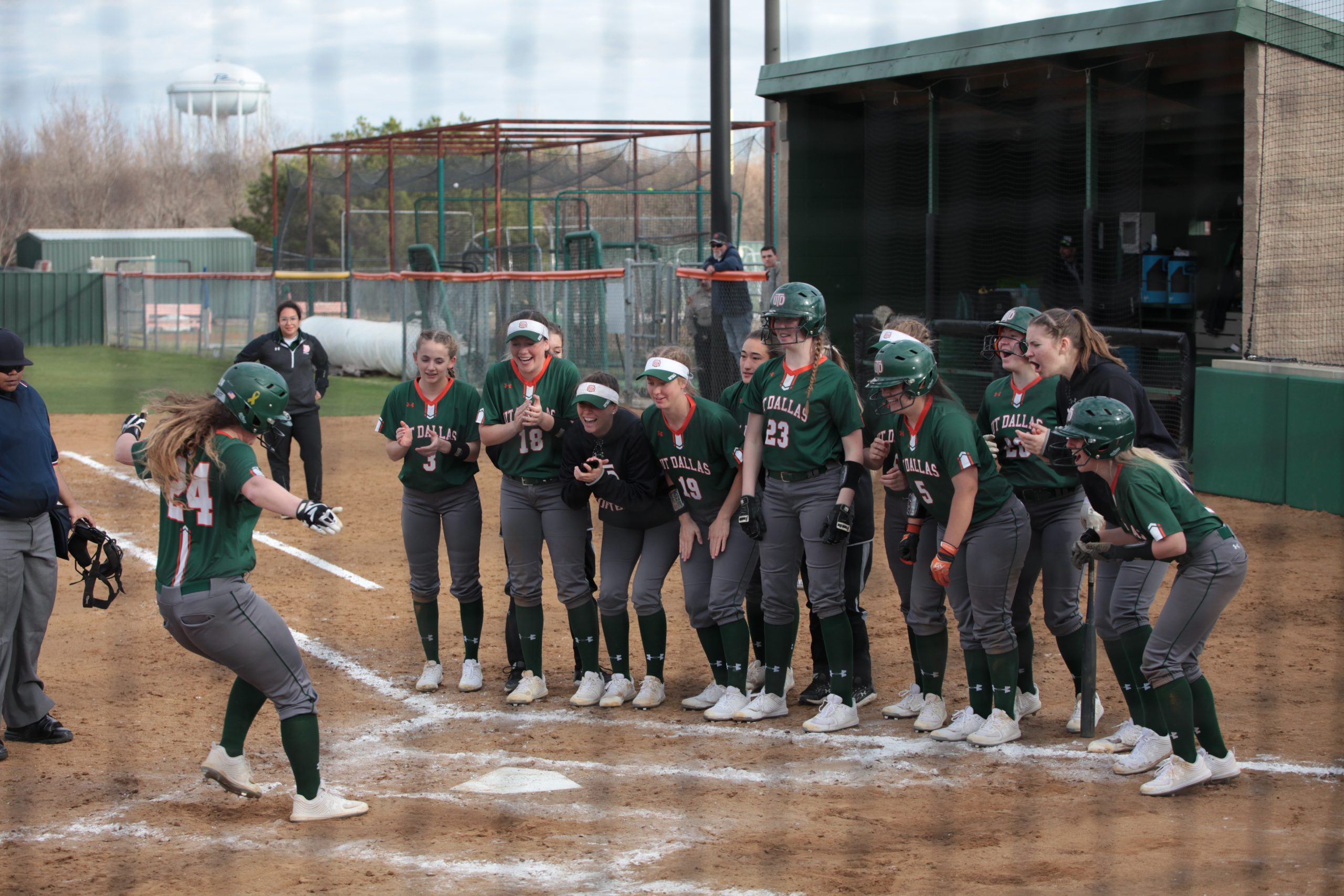 After discussions within all major committees across the entire division, the decision to implement the waver was unanimous. (Photo courtesy of David Wester, assistant athletic director).

“If a student-athlete was already eligible to compete this year, then this year would not count against them,” Marin said. “So, it doesn’t matter how many games they played in or how many practices they participated in. They would still be able to use these two semesters of eligibility and their season of eligibility. They wouldn’t lose those two.”

Marin said that unlike D-I or D-II, D-III athletics are academically driven, and student-athletes can start or stop their eligibility clock because their semester only counts if they’re enrolled in classes full time.

Implementing this waiver, Marin said, is beneficial in terms of allowing student-athletes to prioritize academics. It also gives undergraduate students pursuing graduate school at UTD a chance to be on the team without having to prolong their undergraduate degree. After discussions within all major committees across the entire division, the decision to implement the waver was unanimous.

“What best fits [students’] needs and their safety: that was the intent of this waiver, not to extend unduly or unnecessarily their academic careers,” Marin said. “They’re going through enough right now regarding planning the next semester and class scheduling; we didn’t want to add any undue stress to them on something that we could at least control a little bit. So that’s where that’s really at the heart of this waiver.”

Student Athletics Advisory Committee President, cross-country athlete and mathematics senior Christian Kondor said that after introducing and discussing the waiver within their meeting, the SAAC gauged student response. Students recognized its value as a fallback option, but only a small part of the student-athlete body may actively use it.

“At first it was just kind of like, ‘that’s pretty nifty, I don’t know if I’m going to use that or not but it’s a thing,’” Kondor said. “I would say it’s more likely to benefit students who were already planning on being at UT Dallas or at a D-III institution for five years. This includes people who are taking five years to complete their masters or someone who changed their major or transferred.”

The waiver does not come without a set of challenges, however. For administration and coaches, managing rosters and classifying students based on athletic term can be difficult. Marin said some teams may have three classes of freshmen. Since both the spring and fall 2020 seasons were canceled, there are three separate groups of “freshmen” based on athletic terms played.

“This is highly unprecedented,” Marin said. “The 2018 freshmen are still freshmen athletically. The 2019-2020 year didn’t count and [those freshmen] are being granted an additional season this year. And there’s the coming freshmen. And so how that plays out long term is what we have yet to figure out or to know. Are students going to stick around for graduate school? Are they going to graduate on time? There’s no way to know, so we just have to wait and see.”

Marin was the chair of the university committee that discussed and voted on the waiver. She consulted the Student Athletics Advisory Committee for their input and said she presented their points to the greater committee to ensure that the students’ voices were heard.

“I wasn’t making this decision or making my comments to the greater committee on my own. It was not my voice; it was our significant voice,” Marin said. “The world, unfortunately, is unfair right now, so we’re trying to do our best to support them in any ways that we can and let them know we’re here for them. We’re all feeling that COVID fatigue, but we’re all in this together. We’re here for them, and we want to see them playing and competing in the spring.”