Attendance to be capped at 25%, all fans required to pre-register 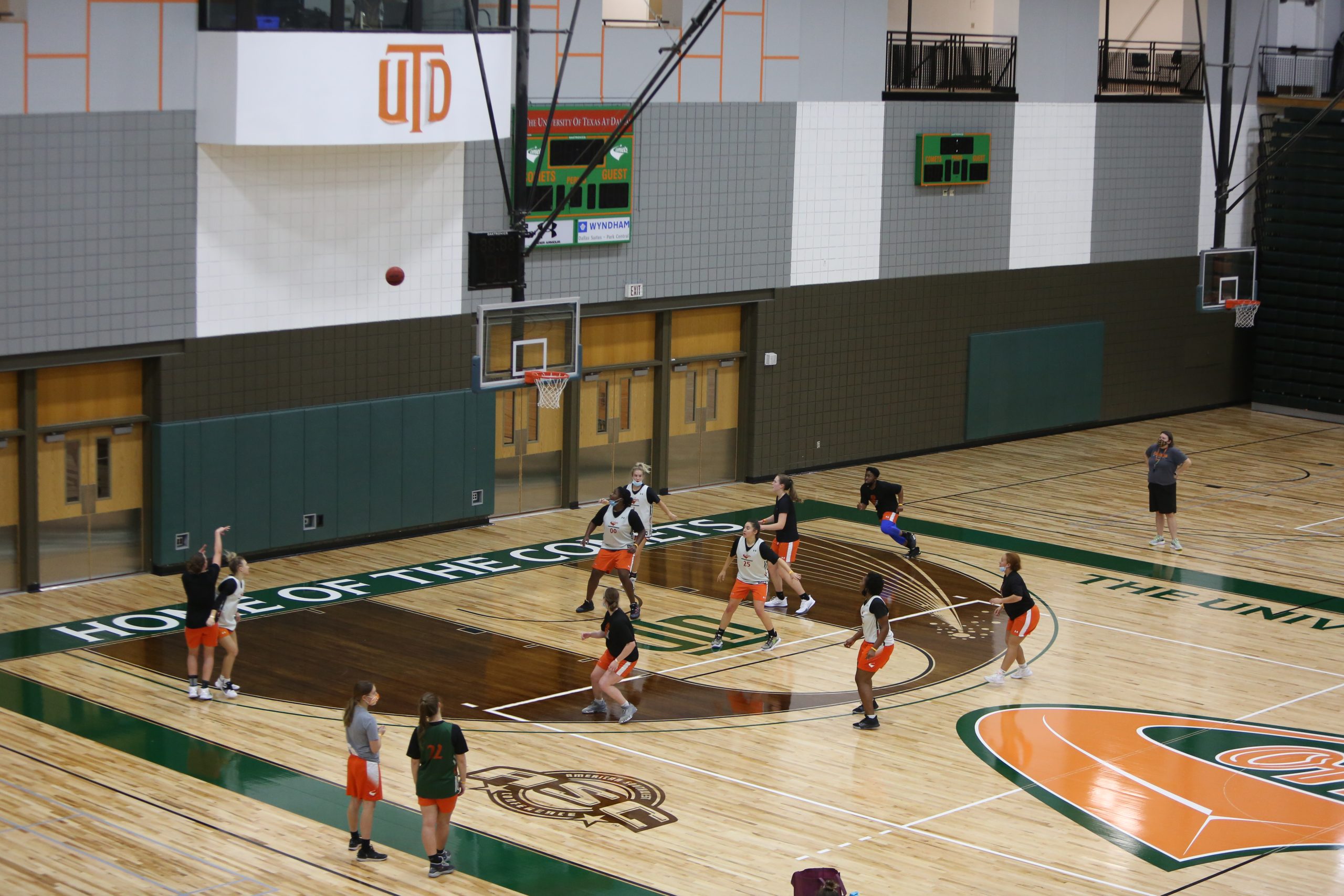 The 25% attendance cap indicates a max capacity of 500 in the main gym and around 200 for outdoor sports. Photo by Roshan Khichi | Mercury Staff

Starting in January, Comets will be able to attend UTD sporting events with distanced arrangements and reduced capacity.

Alongside other university efforts to relax restrictions on in-person campus gatherings in the spring, Vice President of Student Affairs Gene Fitch said that UTD will be opening up athletic events to student attendance. However, these events will come with their own set of precautionary protocols.

“Any measures we take will be consistent with CDC guidance, governor’s orders and county ordinances,” Fitch said. “We’ve been taking steps to prepare for increased organized activity and continuously communicating with [Vice President Chief of Staff] Rafael Martín, who heads up the COVID taskforce, in order to best adhere to university protocol and maintain student safety.”

“As for fans, the American Southwest Conference [ASC] has said that they would like to see parents be able to attend, so they would have priority,” Petitt said. “Next for us would be any of our students on campus, who we would let attend in numbers up to the capacity limit.”

Petitt said that seating arrangements will likely be allocated in “pods” of four seats and admission will not be charged for regular-season games. This approach is reminiscent of the seating scheme for the 2020 World Series.

The 25% attendance cap indicates a max capacity of 500 in the main gym and around 200 for outdoor sports. Fitch said that this limited attendance scheme is likely to remain for the near future.

While not every detail of the response protocols has been sorted out yet, rigorous testing will be a cornerstone of the plan. One example is a proactive testing program for all student-athletes that has been running for about a month now, Fitch said, and will continue throughout the entirety of the sports seasons. This program requires that all in-season athletes are tested regularly during practice, and 25% of out-of-season athletes are tested randomly in regular intervals. UTD has also offered to test visiting teams upon arrival once competition begins, a proposal which Fitch says the ASC has yet to adopt.

On the attendees’ end, all fans will be required to pre-register who they are attending with – for contact tracing purposes – as well as wear a mask. Most importantly, Petitt said that all attendees will be required to complete a screening – similar to those currently being administered at UTD’s recreation centers – with both a questionnaire and temperature check. Screened attendees will then be given a wrist band and hand sanitizer and allowed into the event.

Both Fitch and Petitt acknowledged that as the COVID-19 pandemic continues, so do too its impacts on UTD’s student-athletes. Nonetheless, they stressed that UTD, the athletics department and the ASC are doing their best to provide students – athletes and non-athletes alike – with a safe, pandemic-aware season. Fitch said that while he’s anxious to have folks back, proceeding with caution is paramount – and that, consequently, he doesn’t see a full return happening before fall.

“In the meantime,” Petitt said, “I’d love it if Comets were filling out the stands where possible to cheer on our athletes in the spring!”