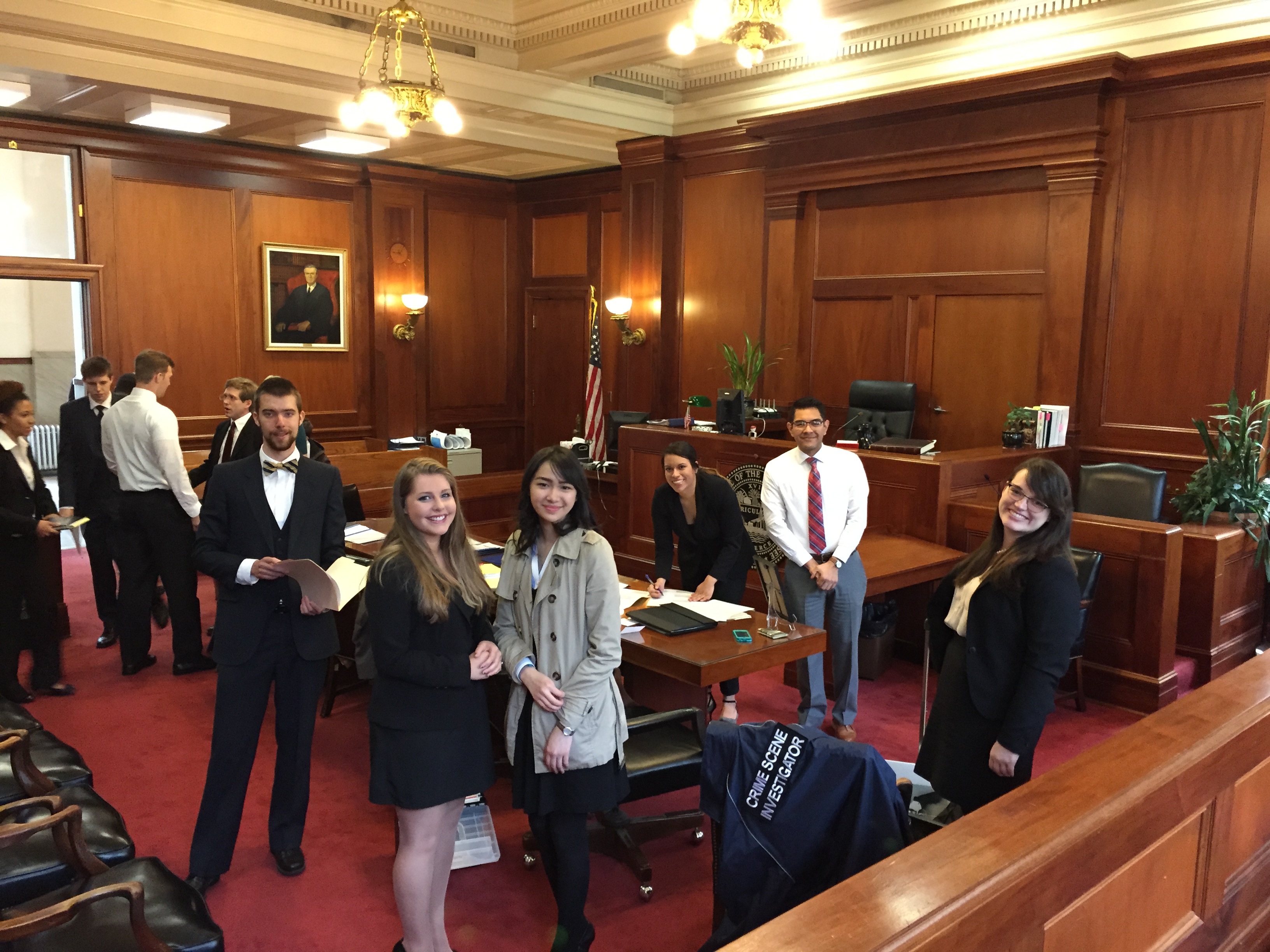 Tony Seagroves|Courtesy Nathan Radke, Kelsey Preston, Genevieve Khuong, Diana Hargrave, Diego Perea, and Christina Lanier competed in the tournament as one of two UTD teams — both of which advanced to the Opening Round Championship Series for the first time in organization history.
Archives
Campus News
News

Correction: A previous version of this article was incorrectly titled. The Mercury regrets this error.

For the first time since the mock trial program began in 2006, two teams qualified to the Opening Round Championship Series in Memphis, Tennessee, which took place from March 20-22.

A UT Dallas team has advanced from the regional competition to the Opening Round Championship Series in five of the past six years. This year marks the first time that two teams from UT Dallas moved on to the national tournament.

The three UTD mock trial teams won a total of 34 awards this past season, as opposed to the five they won last season.

Mock trial is run through the Pre-Law Advising and Resource Center and gives students the opportunity to simulate a civil or criminal trial by acting as witnesses or attorneys.  Through this extracurricular program, students of all years and majors have the chance to improve their public speaking, critical thinking and acting skills.

Mock trial teams vary in size but usually consist of six to eight people on a team across two or three teams. Each year, every participating university is given a case packet containing evidence and affidavits for the case. This year’s case was a civil case involving the death of a child shot by another child. The parents of the child who was shot are suing the other child’s family.

Seagroves was on the mock trial team from 2009 to 2010 before graduating from UTD. When the coaching position became available, he was offered a job.

“I like to give back, and each one of these students, to me, is me back then — looking for someone to help them realize their goal,” he said. “My goal is for them to be as successful as they never thought they could be.”

The program has picked up pace this year as an influx of new students have joined.

Seagroves has helped revamp the program through training sessions and individual meetings with team members on a weekly basis. He has also implemented a buddy system that teams rookies with veterans.

“Every student is assigned a buddy,” he said.  “I take someone who’s done mock trial before  and partner them with someone who’s never done it before.”

He said this allows the students to teach each other what the other doesn’t know and help each other out.

It’s not just Seagroves who’s brought in change to the program. The team members themselves are doing better, said Diego Perea, an actuarial science senior and co-captain of a team.

“People this year have worked really hard,” he said.

The program previously consisted of two teams, but this year, a third team was added.

You said on denying business to groups based on religious beliefs: