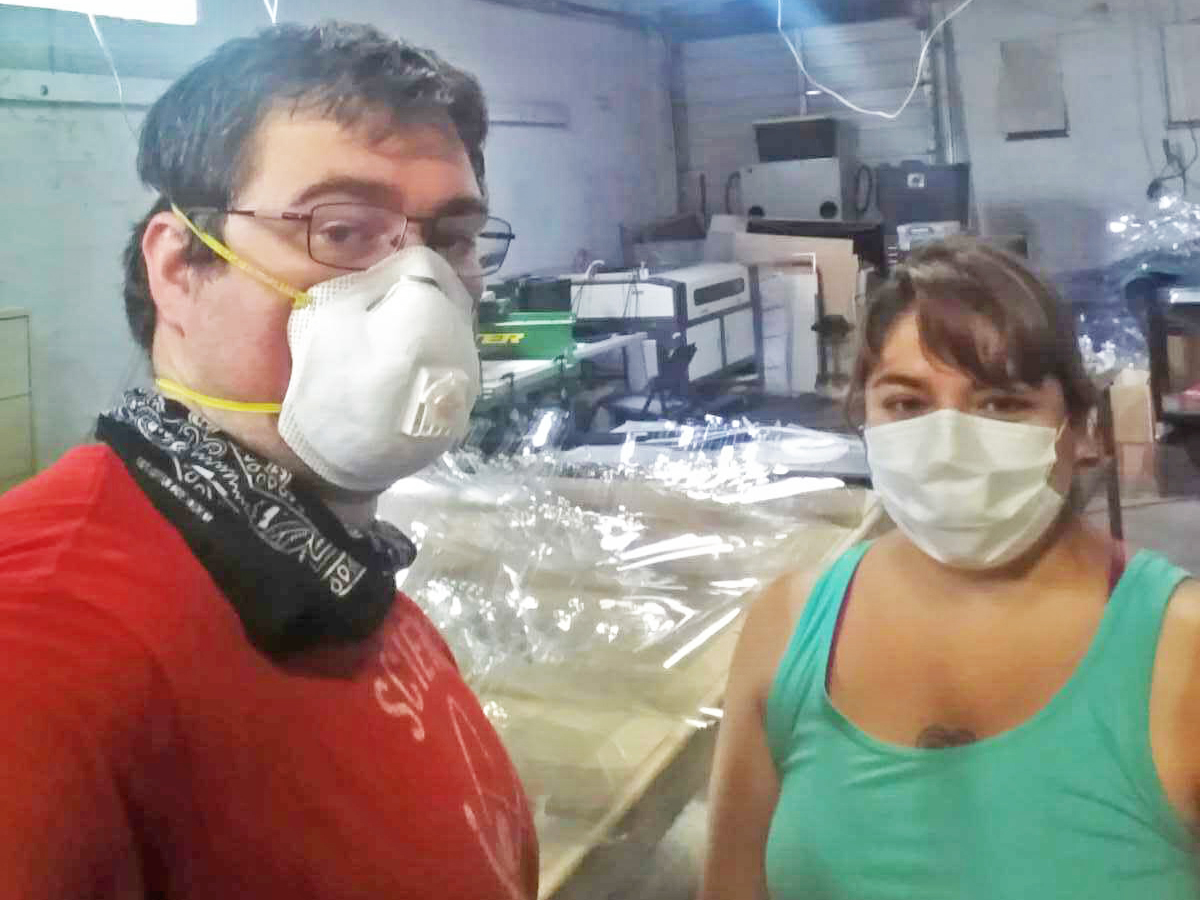 After personal protective equipment shortages were caused by the COVID-19 pandemic, members of the UTD community joined a Dallas-based effort to produce and distribute PPE to healthcare workers and law enforcement, among others.

PPE includes items such as gloves, medical masks and eye protection. ACME Creation Lab, a Dallas workspace, began recruiting volunteers to make face shields in March. Within three weeks, the workspace had a 24-hour operation to produce the shields and had begun exploring other equipment such as ventilators and N95 masks.

Physics lecturer Josef Velten volunteers at the lab and made a post on the UTD subreddit to recruit additional volunteers.

“These are things that people are asking for right here, right now,” he said. “While production may spin up later in a month or so, it’s best to start making what you can now.”

Velten volunteers for two to three shifts per week at the lab, each shift being four hours long. He said his wife is a doctor and that played a role in his decision to volunteer.

“They have face masks … but there’s not enough to go around for everyone. The radiology techs are having to double up on stuff or reuse things here and there because they’re the ones who deal with patients directly for setting them up and treatments,” Velten said. “Whatever you can do early on to help out and kind of bridge the gap before, you know, mass scale production and spin up, I think it’s something worthwhile to do.”

Local businesses including 1 Wheel Parts and Fastsigns have donated equipment including a clicker press die cutting machine, which cuts plastic into shapes, as well as a plotter machine, which stencils the shape of the shields into the polycarbonate sheets, to help the effort. Ellen’s, a Dallas restaurant, has been donating food to the volunteers on a regular basis.

Volunteers cut out layered polycarbonate sheets into shapes suitable for face shields and then use a grommet press to punch holes into the shield where straps made of plastic can be added. The lab produces over 2,000 face shields per day and has delivered over 20,000. Volunteers wear masks and gloves to limit the risk of infection.

Locals Katelyn Smith and Luke Andraski helped get the volunteer effort started and work to manage the project. Smith said that while she realizes she could become infected while volunteering, it’s worth the risk.

“It’s meaningful work – it has to be done,” Smith said. “Our healthcare workers risk it every day; we can do it too.”

The lab has a page on its site to recruit local artists to turn face shields into pieces of art which can then be auctioned, with all proceeds going to the artists. The lab also has a GoFundMe page set up to raise $6,400 for equipment. Th0ose who would like to volunteer can click here.

Andraski said that these efforts wouldn’t have been possible without volunteers.

“We’ve had a huge outpouring of support. We have a bunch of superstars who are going above and beyond volunteering. They’ll sign up for four hours and stay here for 12 hours or so,” he said. “We really appreciate the help. We love all of our volunteers and they’ve done a phenomenal job.”