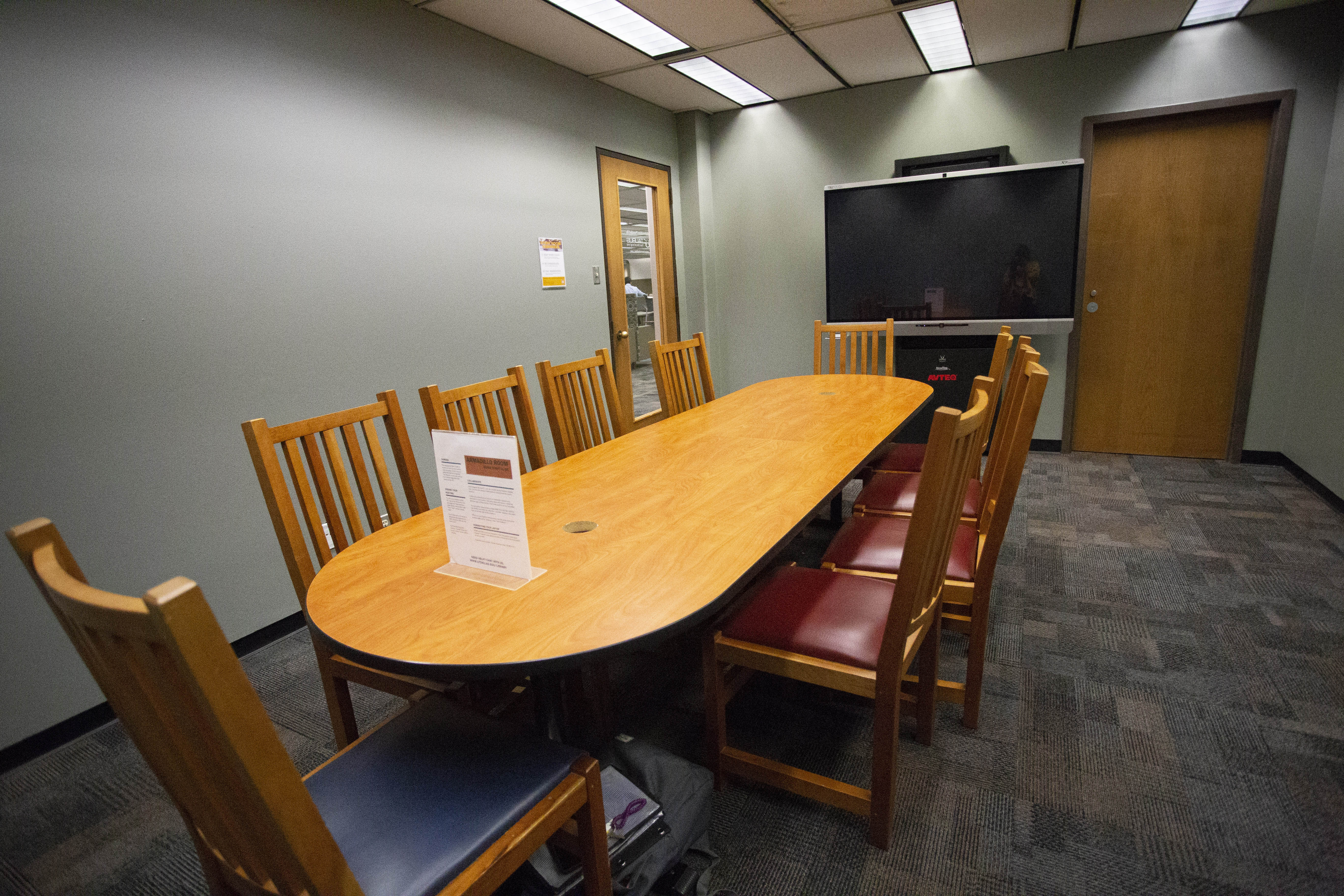 Gloria Jean Vik, associate library director for systems, said the new rooms feature a 70-inch television monitor which can detect audio and video. As a result, compatible devices, which range from laptops to tablets and phones, all have increased utility. This means a student connected to the room on their phone can have the same functions and acquire the same information as a student on their laptop.

“The room on the second floor is equipped with a large TV monitor that has cameras around the frame,” Vik said. “There is an electronic whiteboard that can send notes to your device. You can put all your ideas on the whiteboard, save them as a file, and send them as an email or put them on your USB drive.”

The new interactive boards help when a group of students utilizing study rooms run out of space on the traditional whiteboards, leading to them writing on the walls and costing the library time and money to repaint the rooms.

“We have whiteboards in every room and we check out markers. Somehow, the board is not big enough, so students keep writing and write on the walls,” Vik said. “We’re having to repaint these rooms every semester.”

“We do have students that use them for job interviews,” she said. “Or, say someone on your team is sick and they are missing one of the meetings, they could Skype in and they could be involved.”

Healthcare studies junior Byron Sula primarily utilizes the rooms with his classmates for group projects and assignments. He said the study rooms help him connect to classmates who can’t be on campus or are sick that day.

“We can share our ideas remotely without having to actually be there. It’s like Skype but with a whiteboard,” he said. “I also use it with my study group because it’s easier when I can write formulas on the board, and everyone can just download what I wrote.”

As the rooms are on a reserve-only basis, they have to be booked at least one day in advance. Sula said demand for the rooms is high during weekdays and class times. This could affect students who need to contact a classmate or employer.

“The rooms are always taken from 9 a.m. to 9 p.m. It would be better if the library could put the same technology into more study rooms,” Sula said. “Besides weekends, you have to reserve it early if you want a spot.”

Vik said there are plans to implement the new technology into all 18 study rooms in the library.

“Things change constantly, as far as technology is concerned. We’re hoping students make the most of these rooms,” Vik said. “If they see something that would give them a better experience, we would like to know about it.”