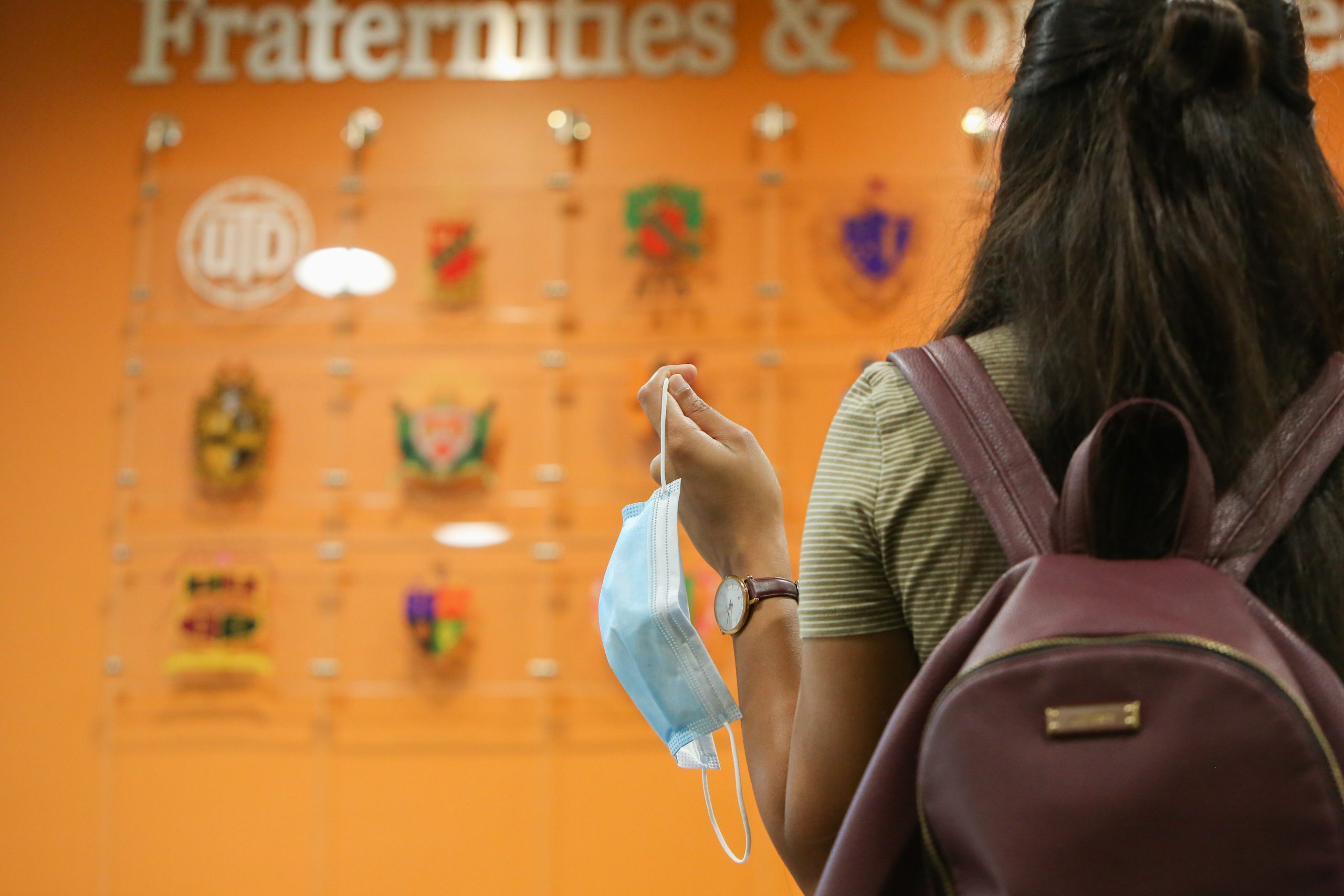 BBS professor Alice O’Toole said that sometimes the bottom half of the face is needed to disambiguate non-verbal communication. Photo by Roshan Khichi | Mercury Staff

Greeting a stranger with a friendly smile is certainly a little harder than it used to be, but perhaps one of the more negative side effects of wearing masks all the time is the breakdown of communication.

William Katz, a BBS professor, is primarily interested in speech, production and language in the brain. As demonstrated by previous research, there’s actually a scientific reason behind the communication deterioration.

“We use a well-known model called the speech chain,” Katz said. “When you want to say something, you have that thought, you say it as the talker. It gets encoded through your articulatory motion – so your lips, tongue and jaw – and then it travels as a sound wave. And then the listener hears you, and then they get the message. And that’s the completion of the chain.”

When masks are added to the equation, Katz said, there’s a bit of a filter over the chain.

“I saw a few studies that said there was about a 12 Db low pass filter effect,” Katz said. “So there’s a little bit of an issue, I believe, at the source of the talker. And when the listener is watching, they’re getting a little bit of signal degradation, and they’re not getting the visual that they’re expecting. That kind of double whammy poses an issue, so my belief is those two together do kind of get in the way of communication.”

The contents of someone’s speech, however, is only part of the message.

Another major component being impacted by masks is nonverbal communication, such as facial expressions. Alice O’Toole, a BBS professor, noted that researcher Paul Ekman stated six primary and universal emotions have facial expressions associated with them.

“You can say a smile uses certain sets of muscles, and so they will contract in a certain way,” O’Toole said. “Surprise uses another set of muscles; the eyebrows go up and so on.”

It is these movements in the face muscles controlling our eyebrows, eyes, nose and lips that make up the expression production system, which allows people to form the universal facial expressions including happiness, sadness and fear. While masks can interfere with this system, O’Toole said that luckily, people are still able to read others’ expressions using different cues.

“The eyes are really important in a lot of emotions, but sometimes you need the bottom part of the face to disambiguate,” O’Toole said. “One of the things that’s interesting is that the way you tell the difference between say a fake smile and a real smile is the eyes. The eyes crinkle up in a natural smile.”

Computer science sophomore Khalid Hossain said communication with masks has become a challenge for him.

“For me personally, as someone who is hearing impaired, I rely a lot on lip reading for communication,” Hossain said. “It becomes much more difficult than when there weren’t masks, but this is the cost of being safe.”