With a bevy of silly video-game concepts going into film production, it's high time studios looked to titles that would be compelling on screen 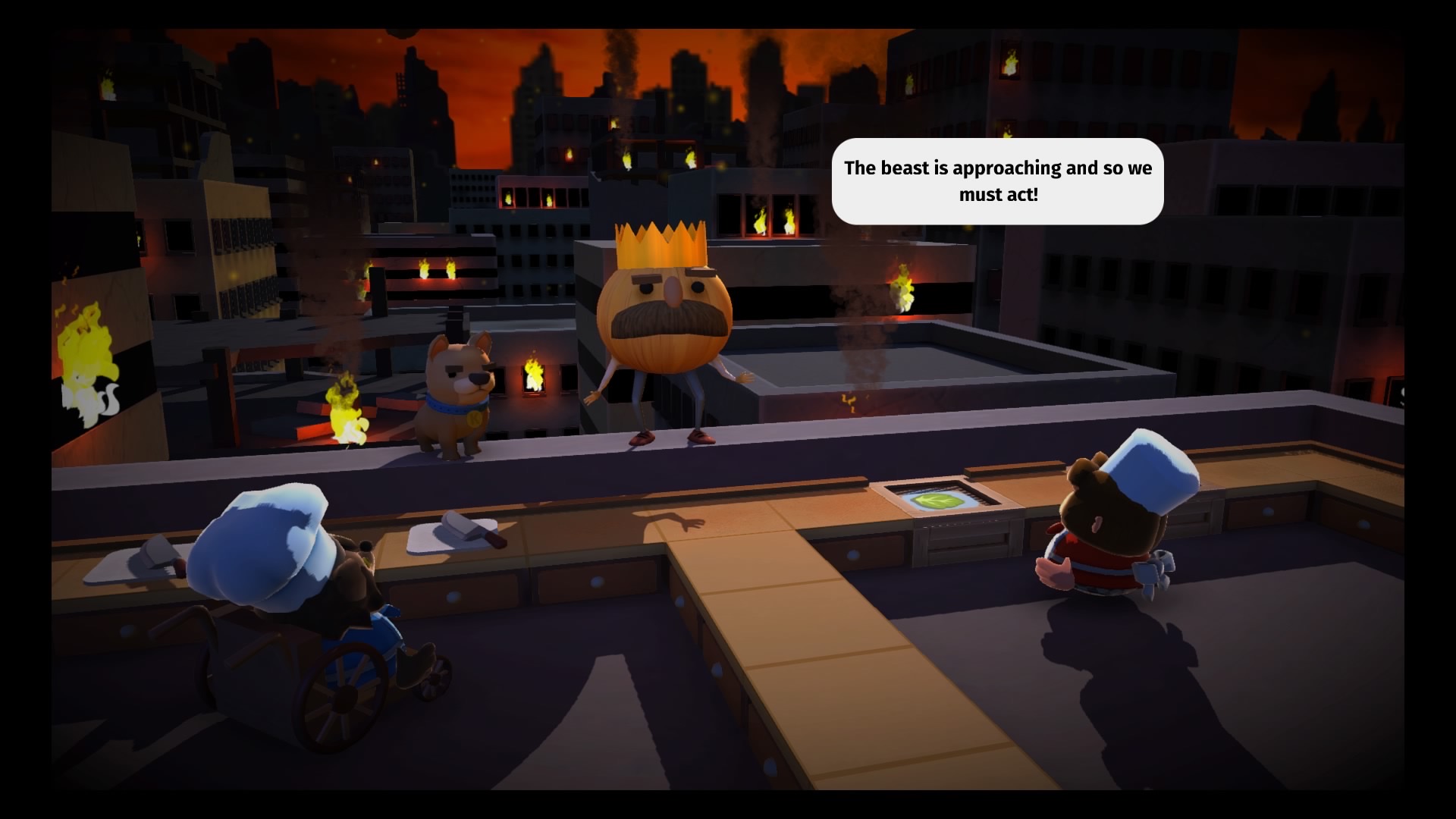 “Overcooked” deserves a movie. Unlike the the odd projects currently aiming to make live adaptations of “Tetris,” “Just Dance” and even “Raving Rabbids,” “Overcooked” provides compelling potential to be a unique entry into the video game movie catalog, one that could challenge the formula and rekindle interest in the game.

The last three decades of video game movie history have been filled with mediocre adaptations. It’s only within the past few years that creative adaptations with more positive receptions have begun to erode that trope of poor adaptations– making this the perfect time for “Overcooked”to debut on screen. The dynamic chemistry of an invigorating world and the Herculean achievement of bringing plot to a cooking simulator would make enormous waves. People would flock to the sight of plump animal chefs developing as a team to overcome bizarre cooking challenges. One might argue that “Overcooked”couldn’t make it as a film because of its dearth of plot, the unrefined cooking genre in cinema and it lacking any appeal outside the game’s extant fanbase – however, it stands to have a lot more potential than the video game films that are currently in development.

In 2016, animation studio Threshold Entertainment was given an $80 million budget to make a live action “Tetris”movie, planned to be the first of an epic sci-fi adventure trilogy. Surprisingly, the ambitious project has yet to be cancelled. If a plotless game like “Tetris” is slated for a trilogy, what’s stopping “Overcooked”from getting a film of its own? The game’s unique plot establishes an interconnecting world with actual characters, while holding enough space open to interpretation for any storywriter to fill in the lore of the world. A film could flush out the struggles of being a team while having to handle the diverse kitchen puzzles that made the game so popular, constantly keeping an audience engaged and on their toes. The chaos of each puzzle could reflect a player’s frustration, creating plenty of comedic opportunities, too. Its plot alone would make it stand out from the current slate of videogame films, a premise that could revive the genre—instead of hurting it like our next entry.

In 2019, the Sony Pictures subdivision Screen Gems, producer of the previous “Resident Evil” film series, was given the rights to create a live action “Just Dance” film after the franchise’s involvement in “The Emoji Movie.” They have since prepared a script and entered production. Unless they switch gears and make it a musical, it’s hard to imagine this being a successful film when its entire premise relies on the work of others. “Overcooked” has far more potential to be a successful film because of its original premise, backed up by the viewership of its genre. The box-office viewership of “Ratatouille,” for example, is unsurpassed by many dance-focused films such as “Singing’ in The Rain,” “West Side Story” and “Center Stage.” The cooking film genre is unrefined, as few filmmakers are bold enough to boil a story down simply to cooking, but the few examples that have done so have won attention from movie critics and the Oscars – “Overcooked” could take part in that success. The eastern world has already taken the culinary genre to heart, as apparent in “Food Wars,” “The Lunchbox” and the emphasis on food in Ghibli films; the western world can welcome that same love. The fun of the “Overcooked”s world and the beauty of the culinary genre overall could combine to deliver a delicious film. At the very least, it’ll shine in the eyes of children- which is what the next unfortunate entry aims for.

“Raving Rabbids” has been through development hell trying to make a movie since 2014, but as the world’s original “Minions”-appeal, the psychotic rabbits are finally in production as of 2019 under Lionsgate supervision to make a hybrid live-action adaptation. The main focus for any film like “Rabbids” is the child appeal- so screaming and creepily-twitching rabbits of mayhem surely have less appeal than animals of all varieties in their little chefs outfits. “Overcooked” has jackpot potential from the merchandise alone- a diverse range of characters would allow “Overcooked” to be a marketing success for all ages. Imagine how many people, children especially, would be running to grab a husky chef plushie, or a dragon chef costume, or even a mermaid chef doll.

“Overcooked” deserves to be a film for its colorful plot potential, the genre development it could represent and the success it would bring for itself – it certainly has more merit than some of the other films we’re getting. It’s a simple statement to say that people love food, so it’s about time we see it pan out on the big screen.