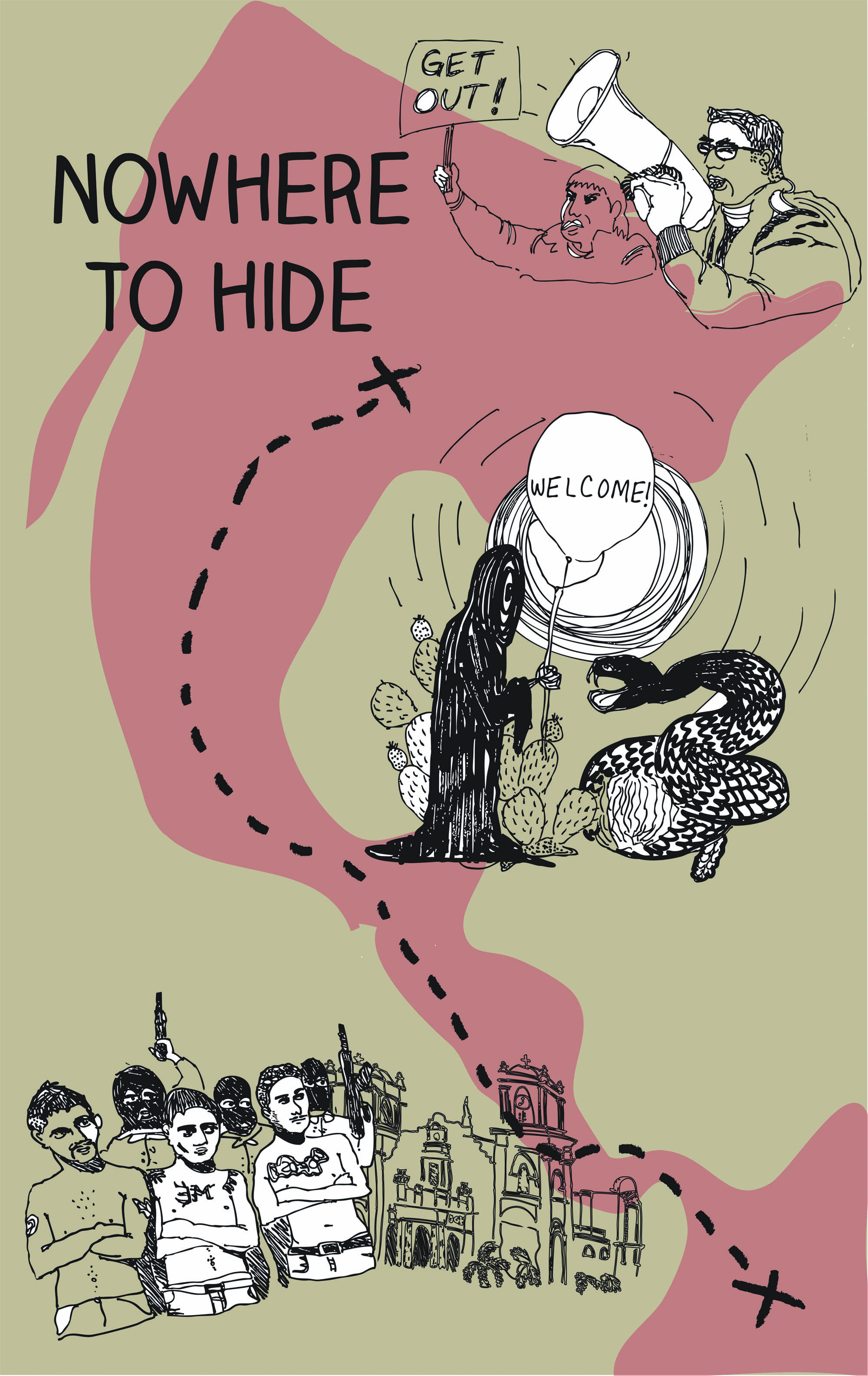 Immigrant kids are not criminals

Between the influx of migrant children fleeing Guatemala, Honduras and El Salvador and Costa Rica making it to the semifinals in the world cup, Central America has been in the news a lot this summer. And as a Central American journalist born in America, it’s a paradoxical time to be alive.

There’s so much misinformation going around about what’s happening on the border that it’s hard to look past the surface of what President Obama proclaimed as a “crisis” earlier this year. People boil the issue down to either a legal matter or a moral one. At its core, it’s a lot more complicated than that.

My parents legally immigrated here from Costa Rica in the late 1980s. They had humble beginnings living in the Dallas-Fort Worth area, and my mom had to learn English. My family went back to Costa Rica for some time, but we came back to North Texas where I grew up in Carrollton.

I was lucky to grow up with a middle class American life, and I’m thankful for it. Many of the Central American kids coming in don’t have the opportunities that I had growing up. But I guess just for the fact that I once was a Central American child, I can empathize with these kids.

I visited family in El Salvador in 2008, and I remember seeing police officers armed with machine guns because the crime and gang violence is so bad in the capital of San Salvador. It was an image that stuck with me – this is a country where the houses have barbed wire and security gates if people can afford them.

It’s a country where up to half the population is displaced because of a history of conflict and strife. But how did it get like this?

Looking at this issue from a historical context, there’s a pattern of corrupt governments in Central America who were actually propped up with the help of the CIA. Years of war and genocide have turned these countries into hell on earth.

During the 1950s, the government in Guatemala made policies that called for the redistribution of land and equality among workers,  landowners and industrialists. Many American companies, particularly the United Fruit Company, had stakes in the banana industry in Guatemala. So, the CIA orchestrated a coup d’etat, and a civil war ensued that led to decades of fightinge. Thousands of Guatemalans died during the 36-year war.

El Salvador, similarly, went through a 12-year-long civil war when another socialist movement took control and right-wing militias fought back. Thousands of people were killed by the infamous death squads who even murdered priests that spoke up against the oppressive right-wing juntas, who were also backed by the CIA.

Honduras, the original “banana republic,” has been ruled by several military dictators since the 1930s, co-opted by U.S. fruit corporations such as United Fruit. But when the liberal political party was democratically elected in the 1950s, its movement was crushed by the right-wing military juntas. The country’s history to this day is plagued with genocides and coups.

Today, the current population of these three countries is roughly 22 million people, less than the population of the state of Texas. Yet, they are plagued by drug-related gang violence that resulted from disparate poverty, possibly the aftermath of civil wars and an interventionist U.S. foreign policy.

Now, the thousands of immigrants that are trying to escape the cities with some of the worst imaginable poverty and crime is making headlines in the mainstream media. So many years after the conflicts instigated by the American government have led us to this point: helpless children who don’t have any other option than to cross the border and hope for a better life. I don’t know what it’s like to travel thousands of miles to escape vicious gang violence and the kind of poverty we can hardly imagine here in the states.

It’s disturbing to hear people talk about these kids like they’re a threat, criminals or carry diseases. People are angry because these kids are just trying to look for a way out of a torturous life. And their solution is to send troops and drones to the border, injecting more violence into the lives of these traumatized kids. What needs to happen is a total change in U.S. foreign policy in this country, which has stayed perpetually the same as it was in the 1980s.

When you consider the improving economy and the fact that the United States is still one of the richest countries in the world, why shouldn’t it have the capacity to take care of these kids and at least give them a chance to stay?

This country was founded by immigrants and to think that they can’t stay because they can’t afford to come into this country legally doesn’t seem very American to me. One thing is for sure, this will go down in a chapter of American history that determines where the people are in terms of human rights.