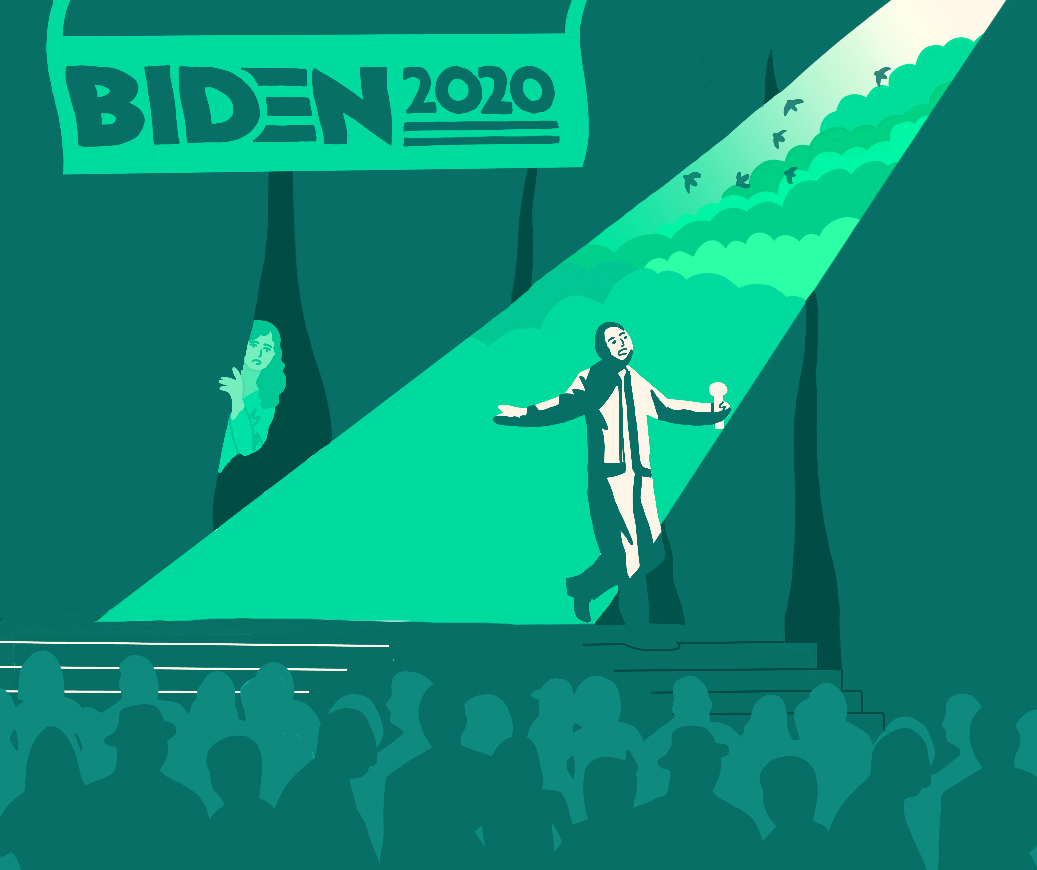 As Joe Biden’s political campaign was resurrected just over a month ago, so were conversations about his inappropriate touching. From YouTube compilations to firsthand accounts, the stories are impossible to ignore. But that’s exactly what the Democratic party and his supporters are doing.

The allegations against Biden date back to 2019, when Lucy Flores, a lawyer and former member of the Nevada legislature, described how Biden smelled her hair and gave her a “big slow kiss” on the back of her head at a 2014 campaign event. After Flores’s account, seven other women came forward with their own stories of inappropriate touching. All of them became punchlines, Biden was labeled as clueless, but harmless, and he went on to dominate the Democratic election.

In dismissing Flores and the other women’s claims, Biden supporters and the Democratic party took a page out of Trump’s playbook, shrugging off their concerns as being part of a political hit, a concerted effort to hand the election to the opposing party. The women became the aggressors, and Biden was their victim. Flores described how it felt to watch friends and members of her own party turn against her in an interview with ***The Washington Post***.

“It has been hurtful (and) disappointing to see so many people who claim to uphold this higher standard, who claim to be feminists, who claim to be pro-woman and yet will turn a blind eye to inappropriate behavior if it’s done by someone they really like,” Flores said.

Then, one of the women who initially came forward shared more of her story. Tara Reade talked about her sexual assault at the hands of Biden during a podcast. Reade’s account described how Biden pushed her up against a wall and penetrated her with his fingers in 1993 when she worked in his senate office. Reade said she hesitated to come forward because there were no witnesses. She was afraid of not being believed, and that’s exactly what happened. A friend and her brother later confirmed that she disclosed the assault to them. Just as soon as Reade’s story broke, she was again dismissed — this time as a Russian agent.

Internet sleuths discovered a post Reade had published on Medium professing her adoration of Russian President Vladimir Putin’s leadership as well as the country itself. Reade said that while she did support Putin for a short time, she stopped once she discovered how domestic violence was being handled in the country.

Reade’s support for Russia shouldn’t have caused her story to be dismissed, but it was easier for Biden supporters to grasp at straws and lay the accusation to rest rather than risk seeing the outcome of a thorough investigation. Reade disclosed to two people and said she filed a complaint before leaving her position. In the era of #MeToo, one would expect Reade’s voice to be amplified, but instead she was silenced by a party that claims to believe women.

The all-too-common excuses used in these dismissals are that the victims waited too long to disclose, don’t have a consistent story or appeared to be comfortable in Biden’s presence, a defense lodged against Flores when photos from the 2014 campaign event where Biden touched her showed Flores smiling alongside the presidential candidate. These women didn’t act the way a victim should, so they’re not believable. He didn’t mean harm when touching them, so it’s all good. They shouldn’t be so hung up on their feelings after being touched without consent; after all, we have an election to win, right? They should fall in line as the man who diminished their sense of agency comes closer and closer to a position of power. It’s hypocritical at best and misogynistic at worst. It’s also a story that Anita Hill is all too familiar with.

Biden led the judiciary committee that forced Hill to go into graphic detail about the sexual misconduct she endured at the hands of Supreme Court Justice Clarence Thomas during his confirmation hearings in 1991. Biden blocked witnesses who corroborated Hill’s account, and had stories of their own, from testifying, according to ***The New York Times***. While Biden said he “regrets” what happened and had a phone call with Hill just before announcing his candidacy, Hill said she’s still waiting for a real apology.

That seems to be a common thread in Biden allegations. Although he says what he did was wrong, he seems to stop just short of saying “I’m sorry.” He excuses himself from the conversation without ever understanding why what he did was wrong, and “social norms” are no excuse for this type of behavior. Wherever Biden goes, he leaves a trail of demeaned — and in one case, assaulted — women.

The most confusing aspect of this debacle is the fact that his supporters have rallied around him even more in light of the accusations, as if they can’t wait to elect another predator as president. The election has become a sick competition between Biden and Trump over who has received fewer accusations. It’s a competition in which women and survivors always lose.

According to a 2010 study published in Violence Against Women, a peer-reviewed academic journal, 5% of reported rapes are false accusations. When accounting for unreported rapes, that figure drops down to 0.005% of all rapes. I believe Tara Reade and will continue to believe her unless a thorough investigation proves otherwise. I believe that all of the women who have come forward have raised valid concerns. I believe Biden owes them all an actual apology and I don’t believe he is fit to run for president. After years of being silent, women are starting to speak out. It’s about time we listened.