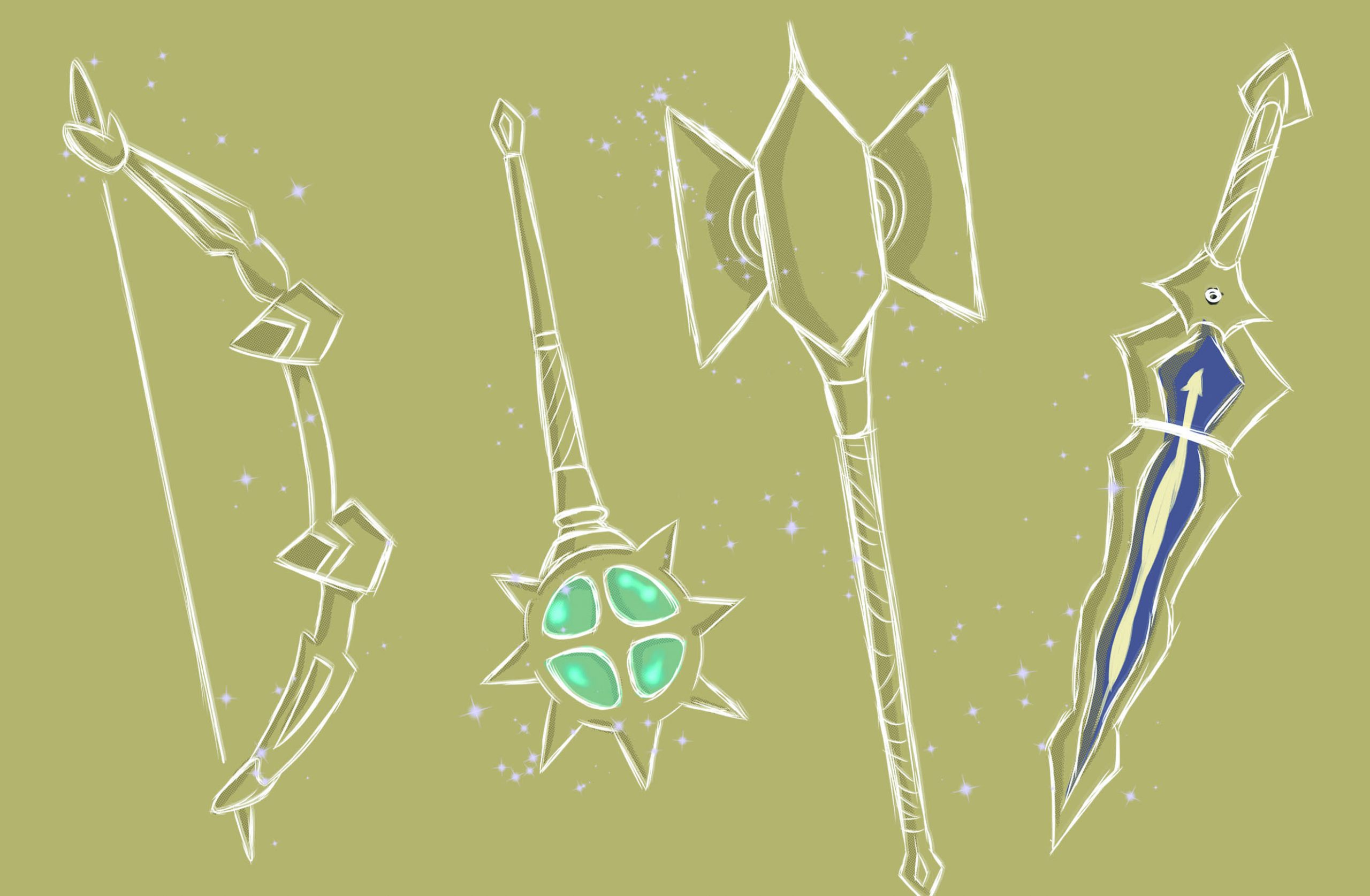 “Wolcen: Lords of Mayhem” is a top- down dungeon crawler in the same style of the Diablo series. Like “Diablo” and games like “Path of Exile,” the main gameplay loop consists of delving into dungeons, defeating a variety of demonic and fantasy monsters, and equipping the best loot while leveling up your character. After a $40 dollar investment and over 20 hours played, I can confidently say that it’s terrible.

Why is “Wolcen” bad? It boils down to one thing: It’s just a worse version of “Diablo III.” It’s not that the game comes off as horrible from the start: it’s that everything that makes up the game is mildly infuriating or annoying until the game becomes entirely unenjoyable.

First off is the annoying input lag depending on basic attacks. Whether you are using a sword, staff, two guns or a bow, there is a different lag for the next input depending on your weapon of choice. For example, I opted to use two guns for my creatively named character, Gun. Gun used two different basic attacks at complete random, meaning that at one point I can shoot and immediately dodge roll, and then in another second I shoot and have to stand still for half a second before dodge rolling. That half a second might not seem like much, but when there’s a massive monster barreling down at you, half a second makes the difference between half a life bar of damage and none.

There is no class system, as instead skills are found as loot or bought from a shop and are split between weapons instead. So, instead of skills being earned as a paladin or a mage character, your character can use any skill in the game if you buy or find it in the world and are using the correct weapon for the skill. While this ideally allows for massive build variety for any character, in practice, there are viable builds that work past the first boss and builds that do not work at all. This is because the game itself has a messed-up difficulty curve.

The first three-phase boss is the first real challenge of the game, forcing you to utilize all the game’s mechanics besides becoming ascended, which unlocks after this fight, in order to beat him. However, the problem is that combining the strange input lag and occasionally laggy dodge roll mechanics, it is beyond infuriating to try and beat the first real boss. Up to this point there is nothing to truly challenge the player and teach them key mechanics of the game, because it’s entirely possible to stand still using any weapon and hold left click until everything dies. The boss then becomes a brick wall in terms of difficulty, and if your character build isn’t up to snuff it’s easier to restart rather than grind the resources needed to build a new one. And did I mention that this boss is your adopted brother?

What led up to you killing your adopted brother? Well, the main cutscenes of the plot do not explain much besides you are an orphan, with two orphan siblings you fought alongside for some nebulous Republic. In the prologue of the game, you transform into a massive angel to fight a demon, which then brands you a practitioner of witchcraft. There’s no other lore given, nor is there any opportunity to learn more about the world other than random quotes on the world map. The voice acting for all the characters is all over the place, with a disproportionate amount of characters sounding like American college students acting Australian. The only memorable NPC is Heimlock, your adoptive father who you don’t see for more than five minutes since you’re branded a witch Eventually, in the first act boss fight, you kill your adopted brother who’s been sent to hunt you down for practicing witchcraft. But there’s no emotional response, as the player has only really known this entire world for about an hour and a half and seen all the main characters for about five minutes each. The plot kills off your brother as an infuriating three phase boss with no emotional impact. I refused to spend more time with the game than was necessary and turned the difficulty down to story mode from normal mode to see what lay beyond the brick wall of a boss.

But the only thing that lay beyond was the same tired gameplay loop with no satisfying loot, a plot that was continually boring, and nothing better in sight. The only positive aspects to the game are that the passive skill tree is unique via the ability to customize which skill tree you can level into, and after the first boss you can turn into the massive angel from the prologue that is invincible and deals massive damage every 20 minutes for 30 seconds. This fleeting moment of awesome is also just a fast-forward button — it just speeds up combat since you are both overpowered and invincible, in an already generically easy game.

Ultimately, “Wolcen” is a bad “Diablo 3” clone, and you might as well play any other game instead. Playing the game feels unfair due to the strange input lag, loot is unsatisfying to find as even legendary items are simply named “breastplate” or “tunic,” the plot is boring and forgettable and the only redeeming, interesting quality is the passive skill tree. The game itself still feels like in Early Access, to the point that I had to double check that it wasn’t on the Steam store page. Don’t waste your time playing this game that was already made in 2012 or 2000.