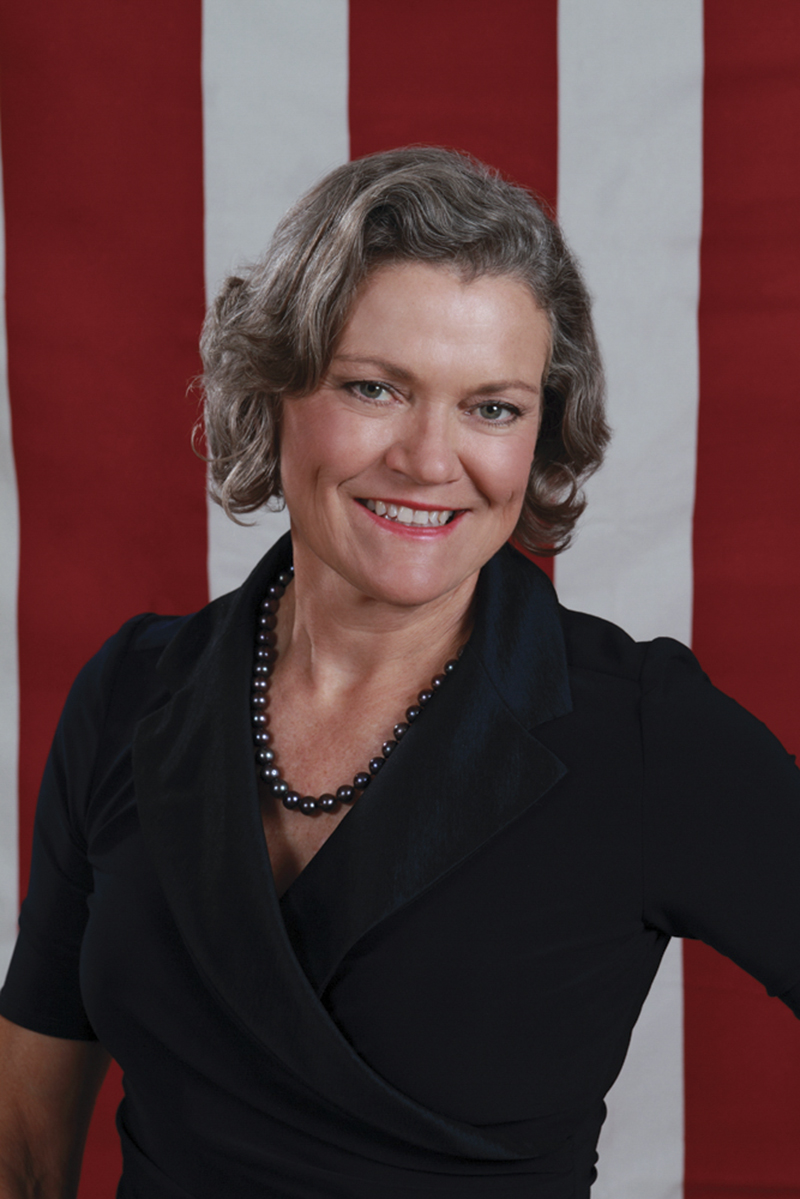 Veterans on campus share experiences of women in combat

Olson, who fought in Iraq and Afghanistan and retired after 25 years of service in 2014, authored “Iraq and Back: Inside the War to Win the Peace.” She is also the CEO of Grace After Fire, a nonprofit that provides assistance to female veterans.

She said her talk will focus on women as warriors in all professions and about how the workforce and economy have changed.

Since 1994, when Congress raised the ban on women on board combat vessels and aircrafts, more women have gone to the frontlines, she said. They have proven they can be just as effective as men, Olson said. There are critical skills — which women excel in — required to fight wars that have little to do with being physically strong, she said.

“(The military) won the combat portions of Iraq and Afghanistan — I would argue — in the first 30 days,” Olson said. “… We took over Baghdad in 30 days, and we had to stop for all the gas tanks to catch up with us. We moved so fast across that desert, but what took us so long was in securing the peace. And, those skill sets — securing peace, winning hearts and minds, collaborating with the locals, building a democracy — have got nothing to do with how much weight you can carry.”

Between September 2001 and February 2013, 299,548 female service members have been deployed for operations in Iraq and Afghanistan, according to “Women in Combat: Issues for Congress,” a Congressional Research Service report. That’s 40 times more than the 7,484 women who served in Vietnam of which 83.5 percent were nurses.

A Pentagon estimate in 2011 put women at 14.5 percent of the military workforce including 69 generals and admirals.

While these numbers are a significant increase from what they used to be when Olson joined the Air Force in 1979, she said women still form a minority in the armed forces.

Lisa McNeme, assistant director of the Veteran Services Center, was the first aircraft commander on her base, although there others who followed in her steps later.

Ninety nine percent of positions in the Air Force are open to women, McNeme said, and more women are coming in to fill those positions now more than ever. Currently, seven jobs are closed to women in the Air Force, and the DoD is looking into opening them up to women by Spring 2016.

McNeme, who is in the Air Force reserve and a liaison officer at the Air Force Academy, has seen the number of new women recruits grow over the years.

When she started in 1995, women had just been allowed to go into combat, and throughout her service she saw women who had joined in the ’80s begin to fill out the upper ranks.

For Olson, that moment of equality came the day she took command of her squadron, along with the aircrafts, resources and the responsibility that came with the job.

“It was, if you will, an affirmation that indeed women could aspire. We could be successful in this career path that many thought we wouldn’t be able to achieve, and that was a big day,” Olson said.

While no one discourages women from making use of all the opportunities in the military, it is still hard for women to advance the ranks, said Delvora King, assistant director of the Student Union and a Navy veteran.

McNeme and King said they always felt confident doing their jobs and chose not to set unrealistic standards for themselves.

Still, being a minority in a male-dominant profession meant that women often put a lot of pressure on themselves to keep doing well, Olson said.

“You are a female, and you are naïve to think you are not representing all of the females because if they only know one woman pilot and that one woman pilot makes a bad landing … well, then all women pilots are like that because when you are a minority, then the stats are small,” she said.

Narcely Ruiz, assistant director of the Galerstein Women’s Center and a former U.S. Air National Guardsman, said she felt stereotyped while in service, particularly after she was assigned as a field officer at her base.

On duty, she had been following procedures to allow a sailor entry into the base, and the man had commented — in awe — on how she knew to do her job.

“At the time, I remember thinking that was weird,” she said. “I didn’t understand the tone of that, of what he was trying to say. But, later I understood: he said that because I was a woman.”

After entering the military, the first few years are made up of a series of training sessions and an effort to survive, Olson said. Once women get to mid-level management positions, they want to make the path easier for those that followed, she said.

“My service doesn’t really mean a lot if it can’t affect change once I get into positions of power,” Olson said.

Yet Ruiz said she remembers the scrutiny women in the military face from their peers if they moved up the ranks.

“I hope it’s not like this anymore, but before — while I was in (the military) — the implication was that if you advanced as a woman, then you were having some sort of sexual relation with someone who was at the top, and that wasn’t the case,” Ruiz said. “(These) women, actually, were smart.”

Ruiz, who joined the force in 2000, said she was usually one of two women in a unit of 30. In her six years of service she had been friends with only one other woman. As one of few women, she felt like she was one of the boys, which wasn’t necessarily a good thing.

She said she remembers hearing her colleagues complain about sexual harassment or uncomfortable sexual advances from supervisors and placing blame on the victim.

“I would never think that maybe someone was harassing (her),” Ruiz said. “I would sort of blame the girl because I’m thinking ‘stop flirting with them, stop getting drunk’ because I was conditioned to that.”

It wasn’t until Ruiz left the military and went back to school that she realized how much she had been used to groupthink, she said.

Men are protected in the military, just like in the civilian social structure and in politics, King said. She said, however, there is one big difference between those vocations and the military: women working in the defense forces who’ve been sexually harassed or assaulted by their co-workers could still be asked to save their rapist’s life.

However, all four veterans agreed none of that should take away from the overall experience of the military and the variety of experiences one can learn while serving their country.

None of them would have traded their time in service for anything else, they said.

“I think the military is an excellent career choice for a woman and … from my viewpoint, it is a great environment for a woman to excel,” McNeme said. 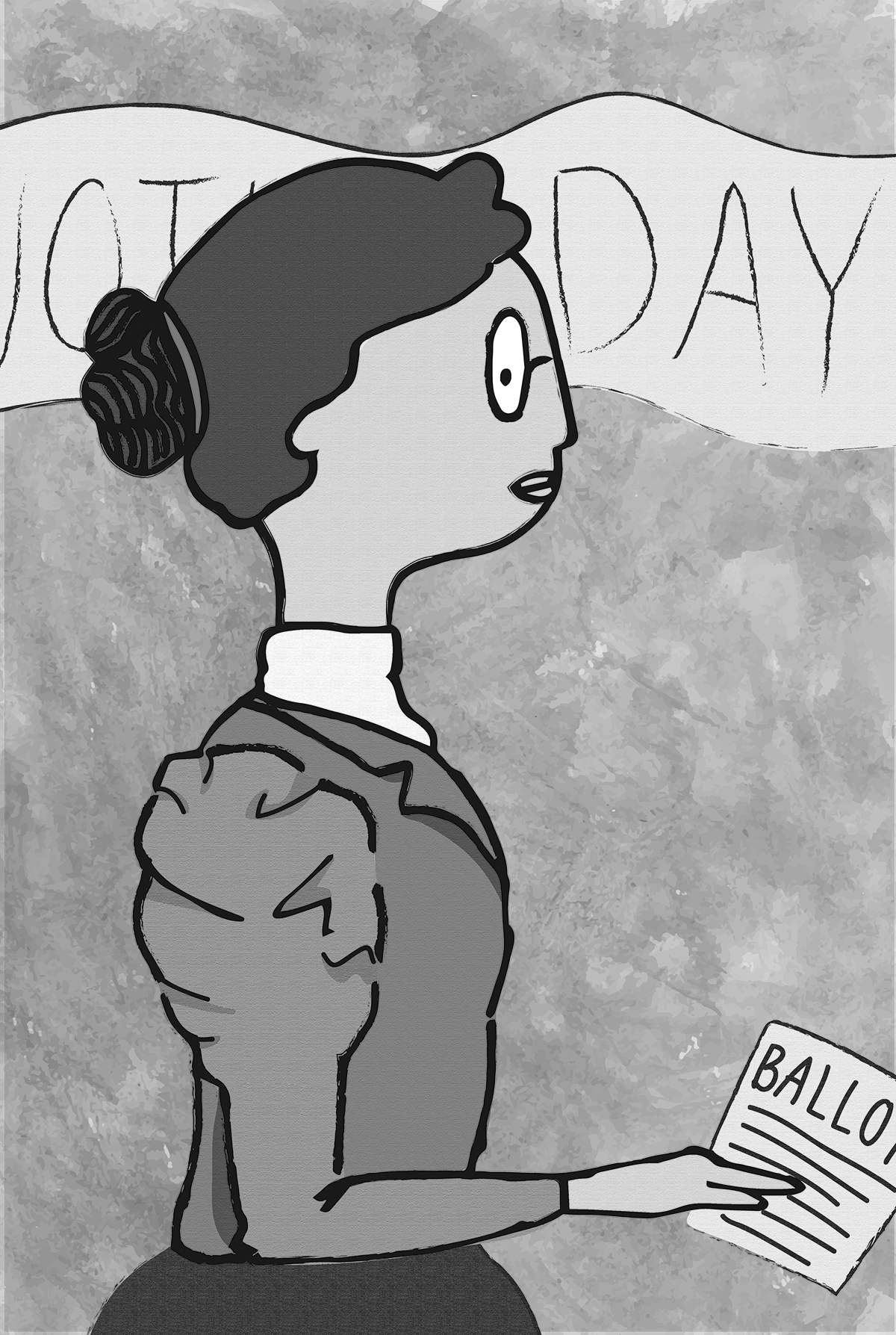 …and the men’s issue?