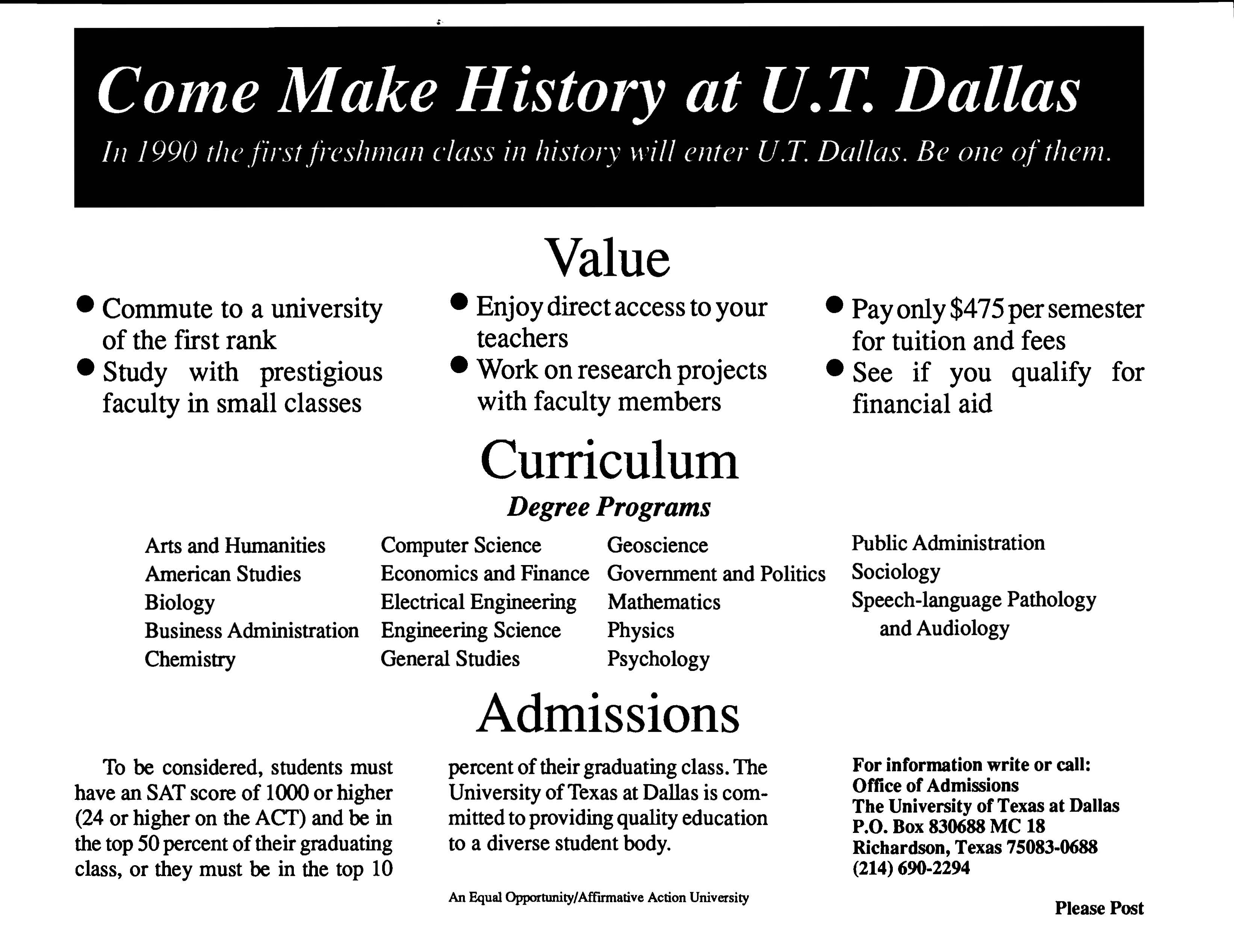 2015 will mark the 25th anniversary of UTD’s first freshman class, and the following is the first part of a multi-part series detailing the challenges and stories of the staff, faculty and students who paved the way for today’s undergraduate student body.

William McDowell had everything planned out.

The senior from Berkner High School in Richardson had his sights on College Station, and he was ready to start his life as an Aggie.

“I was all lined up, ready to go down to Texas A&M,” McDowell said. “I had even gone down to their freshman orientation camp and kind of on a whim put in the application to UT Dallas.”

Little did McDowell know that such a simple action would make him a part of UTD history.

The year was 1990, and the world was being introduced to some radical changes. South African officials released Nelson Mandela from prison. East and West Germany reunited after years of being divided by the Cold War. The United States was introduced to a quaint little family known as the Simpsons.

At the same time, UTD was going through some radical changes of its own. After spending 20 years as an exclusive graduate and upper level institution, the Texas Higher Education Coordination Board made the decision to allow freshmen and sophomores to enter UTD out of high school in January of 1990.

Students coming straight out of high school like McDowell could enter UTD’s doors for the first time.

That decision did not come lightly. A cadre of Dallas business and civic leaders first approached the Texas legislature with a bill to expand UTD to a full undergraduate program in the spring of 1989. Their goal was to create a university environment that would focus on students who had an interest in science, math, engineering and computers.

That group was ultimately successful in its efforts and the legislature passed the bill, which was later signed by Governor William Clements.  After that, the door was open for the coordination board to approve UTD’s request to allow for a freshman class.

The decision to let freshmen was not without its challenges. The dean of undergraduate studies at the time, Chris Parr, had many of those problems to resolve, including a stubborn elderly regime.

“There was an old guard that wanted to see (UTD) be a graduate student (facility) forever,” Parr said. “Economically, that couldn’t work.”

Parr said that at the time UTD was only open to junior and senior underclassmen.

He said that bringing in freshmen was a way for the school to recruit people who fly off and prefer to live somewhere else for a four-year college.

To cater to all of those new prospective students, a curriculum had to be made and courses had to be prepared first. Parr said that a master’s council of undergraduate deans from each school came together as a committee to decide how the general education would work.

Most importantly, students had to be brought in to take part in that new curriculum. That meant UTD would be fighting an uphill battle to recruit students against big-time schools like UT and Texas A&M.

The admission standards that they placed on the inaugural class were comparable to those at UT, meaning only some of the best and brightest could qualify to attend UTD.

All that UTD needed was somebody who would step to the plate and be the first to sign up. That somebody was William McDowell.

“I was excited about the opportunity and thought that it would be pretty cool,” McDowell said. “Then all of a sudden I get a phone call from them saying ‘hey, if you actually accept, you would be the first one.’  I was like ‘well, ok, that sounds kind of cool,’ so I was the first one to accept it. It wasn’t really planned, but it worked out absolutely fabulously.”

Just like that, McDowell had become the first freshmen in the history of UTD. The class had the highest overall SAT scores and class rank of any freshman class for a Texas public institution that year, according to Parr. He said that those high standards attracted students who wanted to elbow with people of their own caliber.

Another aspect that appealed to many of UTD’s pioneering freshmen was the fact there would be a high-level university right in their neck of the woods. No longer did Dallas area students have to travel all they way to Austin or Houston for a world-class education. That also meant that they didn’t have to spend as much money, either.

For Daniel Calhoun, who was a member of the class of ’90 at Skyline High School in Dallas, that was the deciding factor.

“To me, there were two reasons (I picked UTD),” said Calhoun. “ One, my parents and I didn’t have a whole lot of money and the idea of going off to Austin or College Station, that meant debt. So coming to UTD meant that I could still live at home. Two, they offered me a scholarship. So really for me it was all practical.”

Despite the close proximity of UTD to many DFW students, the university still was an unknown option to many in the area. Many overlooked the school because it was mostly a graduate facility; plus, the smaller size of UTD and the lack of connectivity in the Dallas area at the time meant the school went unnoticed.

Calhoun said the discovery of UTD as a whole came as a bit of a surprise to him and his family.

“We were all kind of amazed that there was a UT Dallas’ Calhoun said. “Growing up in Oak Cliff, my parents and I knew very little about Plano and Richardson. If it seems like UTD is surrounded by empty land now, it was much more so then. I remember driving around and kind of saying ‘There’s a school here? Who knew?’”

There were about 100 students who were admitted and prepared to begin their term as UTD’s inaugural freshman class. From valedictorians to national merit scholars, the class was full of young people brimming with potential.

“Looking back on it now, there was a lot riding on us,” Calhoun said. “They wanted us to be successful because they didn’t want the whole idea of freshmen at UTD to fail. I can imagine the nightmare scenario of ‘It’s the end of the first year and all of your freshmen have failed out’.”

Despite the pressure that was being placed on those first students, Parr was confident in their ability to handle the rigors of UTD.

“I knew that they were going to put great expectations on these students,” Parr said. “What I knew was that these students background were enough to handle that. So that didn’t bother me.”

With the start of the semester looming just over the horizon, those expectations would soon be put to the test. 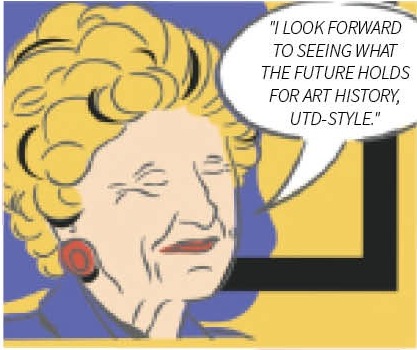 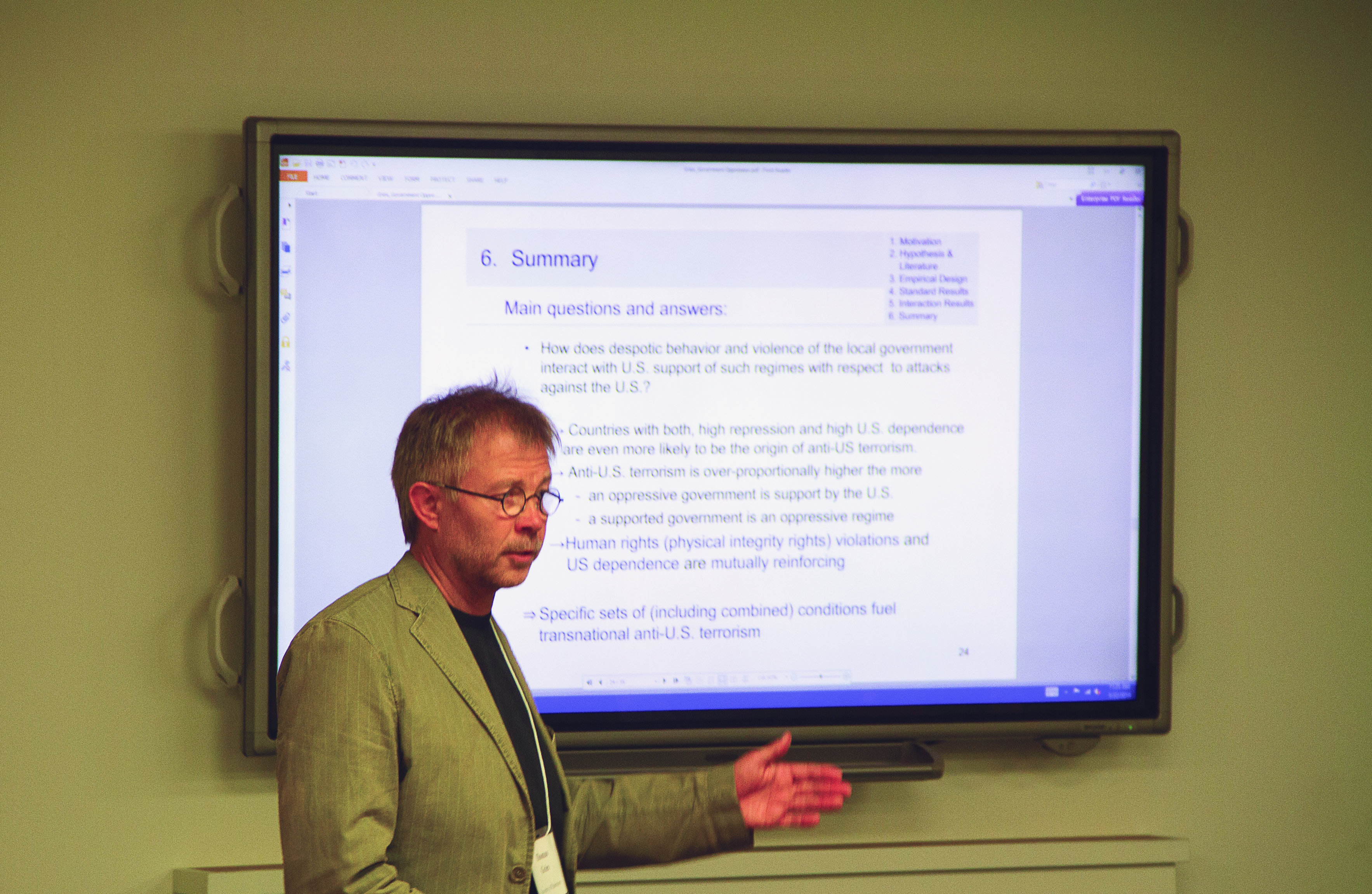