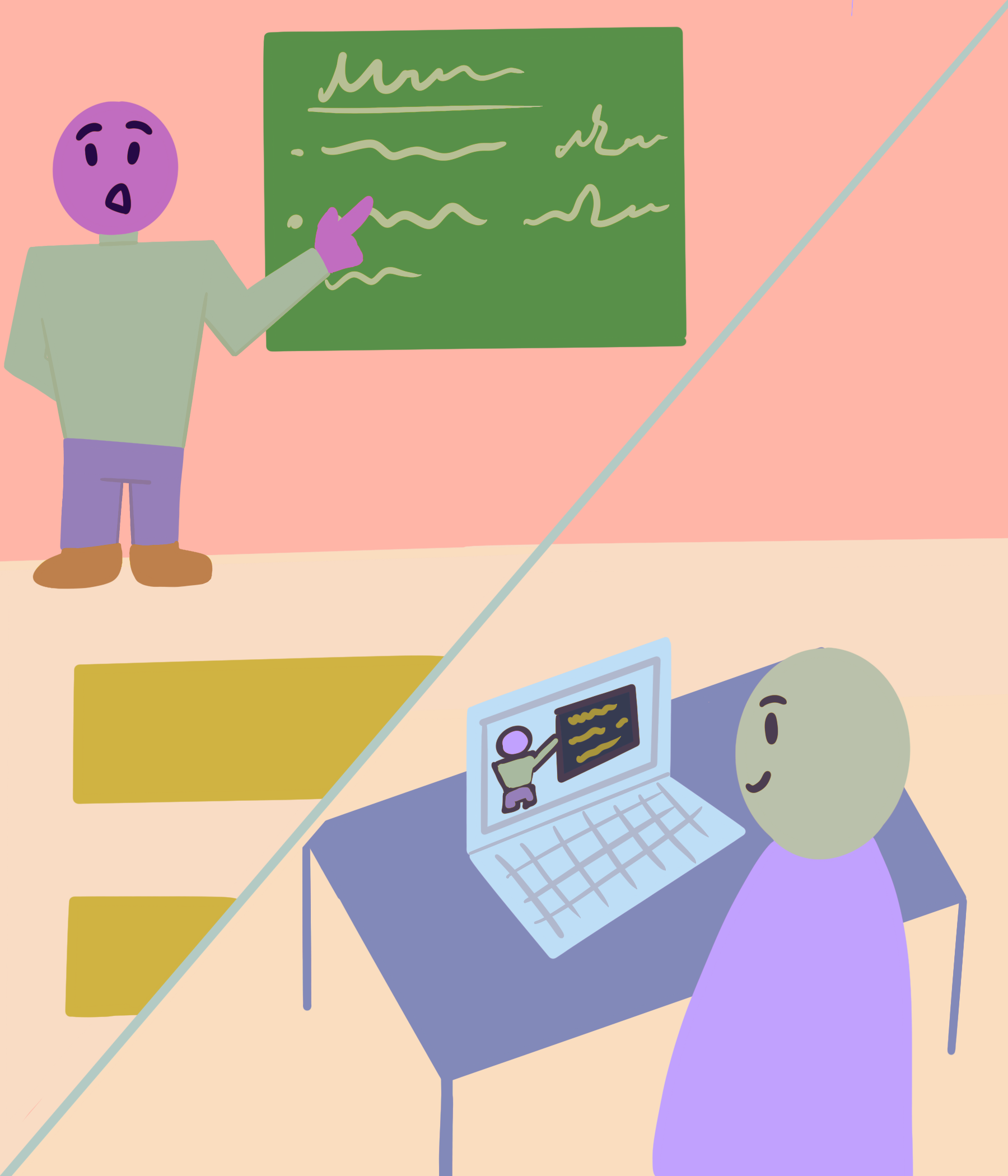 While virtual classes can be exhausting or unengaging for many, class recordings allow students to re-watch lectures at their convenience rather than feel pressed to scribble down messy notes or attend office hours. Even though classes will be held mostly in-person next semester, we should still have the privilege of viewing lecture recordings.

UTD announced on Feb. 9 that in-person and hybrid classes would no longer be required to have an asynchronous component in fall 2021. But recordings for synchronous classes have an undeniable academic benefit: in case of unexpected absences due to work or family responsibilities, students no longer have to fear falling gravely behind. There is, however, the concern that if attendance is not mandatory for a certain class and is instead simply encouraged by a professor, there will be a drop in attendance if professors post their class recordings online. Or will there?

Margaret Smallwood, a JSOM professor, said that during the pandemic her classes have been offered both synchronously and asynchronously. As part of the asynchronous option, the recordings of her classes have been posted to Microsoft Stream. She said that even though students have the option to not attend live class, most of them do. She thinks this is because many students understand the importance of listening to lectures.

While she has no problem with lecture recordings being available to students, she is concerned that because her teaching style varies between her different sections, just posting a recording of one section may not fit the learning style of another class. However, she also understands the benefits of online recordings especially if students are distracted, tired or not at their best.

If professors are still concerned about accessible recordings impacting attendance, they can enforce mandatory attendance requirements with some leeway for a small number of absences: perhaps two to three per student per semester. Therefore, if a student does happen to miss a class or if a student wants to revisit something a professor said, they have the option to view a recording of the lecture and develop a better comprehension of the material. Professors can also add incentives for their students who come to class, such as giving bonus points on exams or requiring that students answer a question about the lecture to ensure they’ve seen it.

Regardless of the impact on attendance rates,  it is not justified for UTD to restrict learning by not posting online recordings. UTD’s mission has always been to support students in their academic journey. Restricting access to recordings for students or not requiring professors to conduct recordings impairs learning and doesn’t support students in need of more flexibility.

Furthermore, Smallwood said that UTD is in fact storing videos that professors have been uploading to Microsoft Stream during the pandemic. For repeated classes, UTD can simply provide these recordings or allow professors teaching the same class with the same curriculum to provide them so that new recordings don’t have to be filmed during class time next school year. This eliminates any sort of distractions or technical difficulties that could arise from recording in class. A few professors may be concerned that some material may have changed between this year and the upcoming year, but posting these recordings is better than having no lecture material to view at all.

Students deserve to have an accommodating and flexible education, and recording classes during the upcoming fall semester will help achieve that goal. As students, we can encourage and ask both our professors and the UTD administration to consider moving forward with posting class recordings online.