Finding something in common to ‘taco’bout 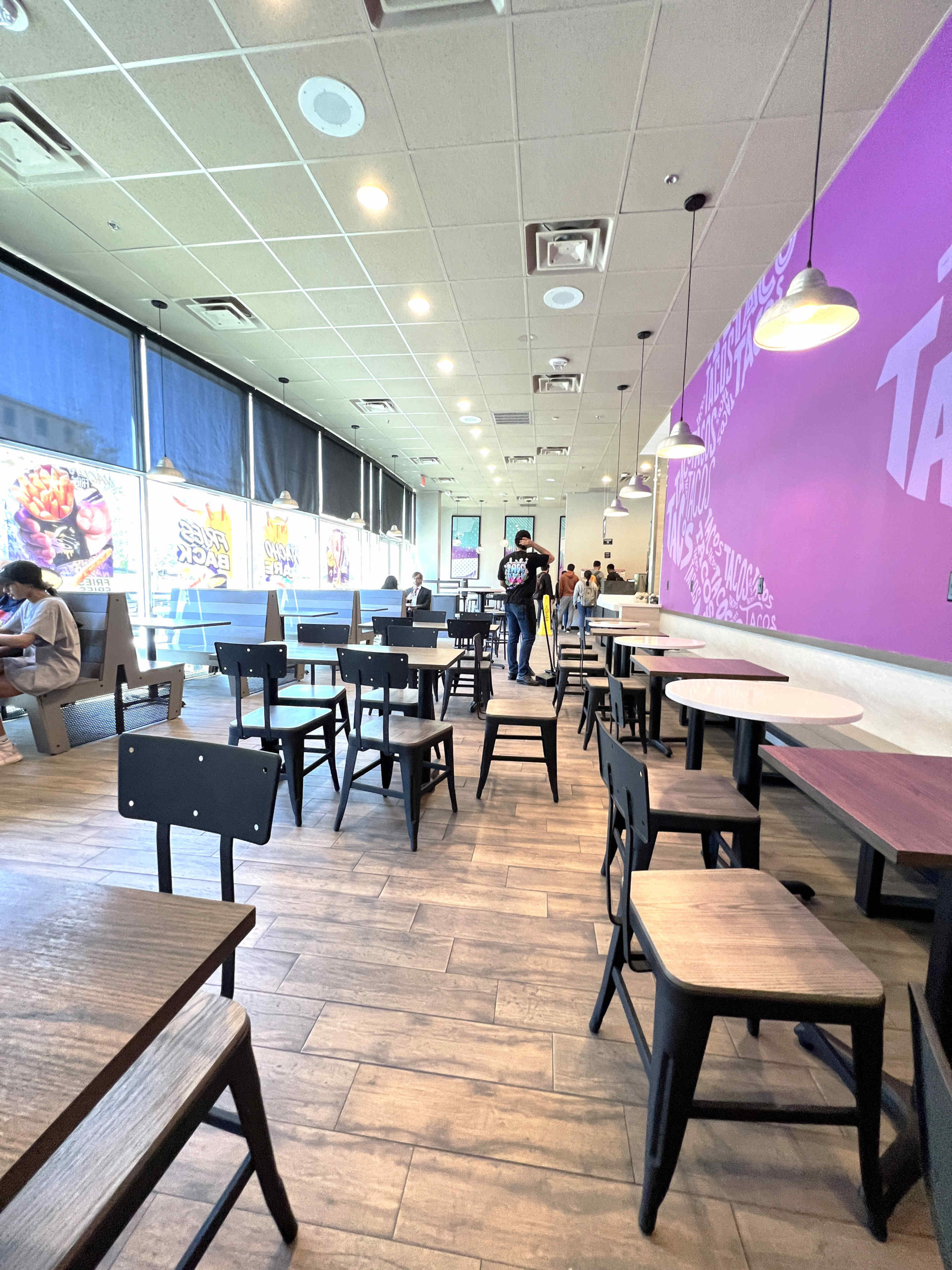 Walking across campus a few weeks ago, you might’ve seen flyers posted here and there about the ”UTD Taco Bell Club.” This club – in the process of getting SOC approval – is no joke.

UTD Taco Bell Club’s founder, marketing freshman Aidan Hawkins, said he originally made a Taco Bell club at his high school “to fool around.” But, wanting to make friends at UTD, he decided to pick the organization back up in college this semester under the premise of a social club.

“I think about all of my STEM major friends specifically, and they’re always working, always studying,” Hawkins said. “I know there’s a lot of people on campus who joke about how people here don’t go out and they don’t really do too much. So, I thought this would be an opportunity to bring people together over some fine dining.”

Hawkins said there wasn’t much to putting the actual club together – it was something that he’d flesh out once people joined — but he was having trouble successfully contacting an advisor to make it an official, joinable organization. So, he went ahead and printed out 230 flyers to post around campus for a first meeting.

“We were seeing signs pop up in places they weren’t supposed to be.” Mike Saenz, associate director of the Student Success Center and eventual advisor for the Taco Bell Club said. “So, once I eventually became his advisor, one of my first duties was informing Aidan about the process and rules regarding advertising for student orgs on campus – like, you can’t put up posters randomly across academic buildings, for example. He knows now, and now we’re working on getting the org finalized with the SOC.”

Saenz was Aidan’s former public speaking professor, and he’d agreed to advise the Taco Bell Club because he was a fan of thinking outside the box – no pun intended. As a professor, he wanted to help students innovate the campus and feel like a part of something bigger in a fresh, fun way.

“I think coming from the pandemic, a lot of students felt isolated, and they felt like they didn’t have a place to talk to their friends,” Saenz said. “If students don’t have a particular interest- like if they’re not into a dance club or they’re not into a music club or a science club or engineering club- hopefully this is general enough to be a catch-all for people. Hopefully, this is a great place to meet people and kind of form those relationships, which’ll in turn help you do better in school.”

Hawkins hopes for his new Taco Bell Club echo Saenz’s – but he said he stresses that Taco Bell itself isn’t the point.

“Taco Bell just happens to be a popular congregating spot-on campus,” Saenz said. “So, it was perfect to help foster a social organization. This could as well have been the Halal Shack Club or the Chic-Fil-a Club if lots of people flocked there, you know. And we might move past Taco Bell. Who knows? Whatever helps us get to know each other and have fun.”