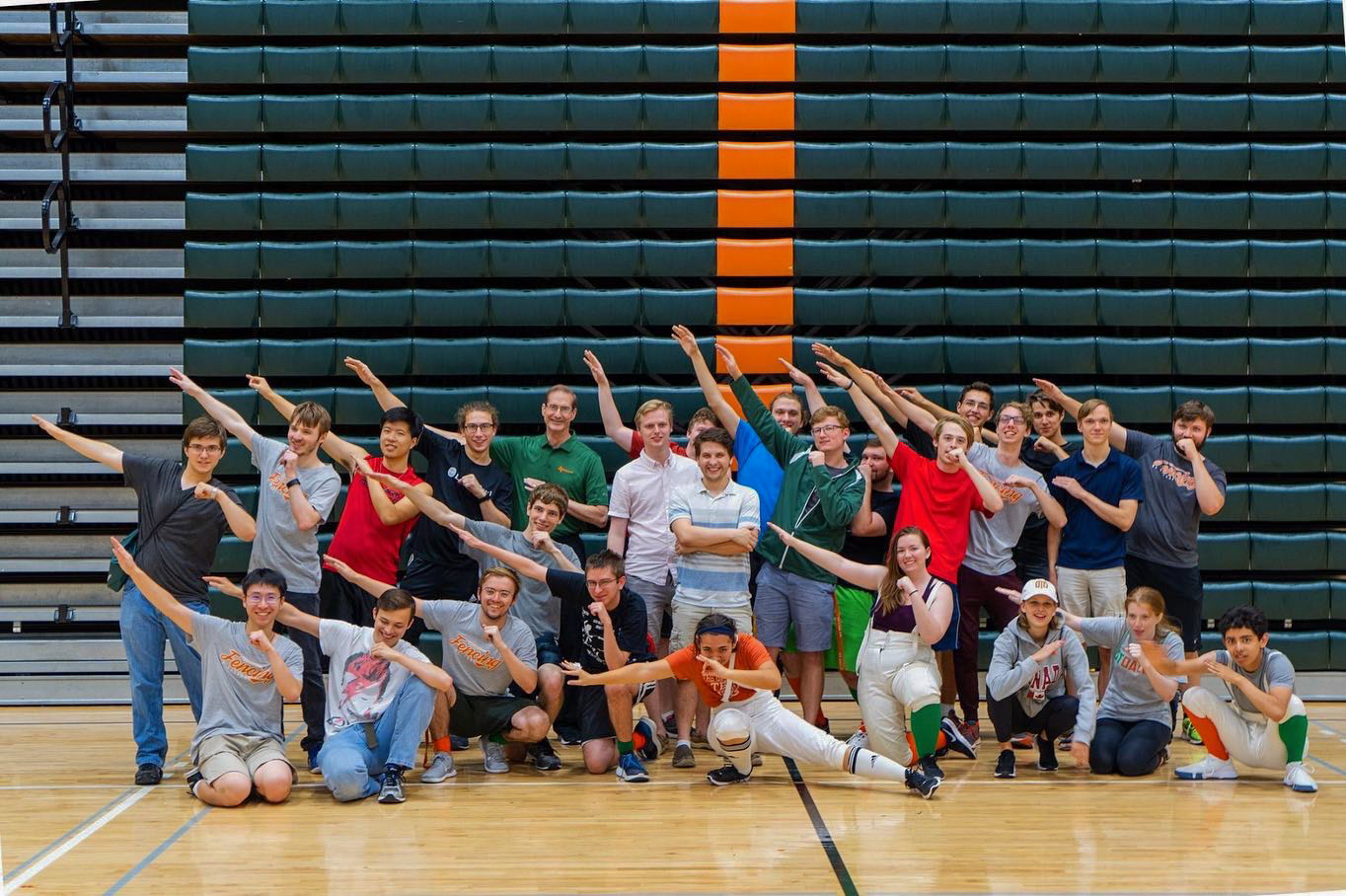 The fencing team was set to go to Massachusetts to compete in the national tournament before it got postponed. Photo Courtesy of UTD Fencing Club

After strong showings in regional competitions, UTD’s Fencing Club was looking forward to making a comeback at nationals until it was canceled due to the coronavirus outbreak.

The  United States Associate of Collegiate Fencing Clubs Nationals is the world’s largest collegiate  fencing tournament. It was supposed to be held in West Springfield, Massachusetts on April 4-5, but has since been postponed to April 10-11 of next year   due to COVID-19. While there aren’t any formal qualifying rounds to get to nationals, the team had a strong showing in the regional circuit Southwest Intercollegiate Fencing Association last semester.

“We were planning to go this year because we had a stronger funding plan and better organization,” club president and mechanical engineering senior Ben Weldon said. “Last semester we won both of the first two SWIFA tournaments and a number of us had strong showings at individual tournaments run by USFA, the national fencing organization. This definitely contributed to our decision to go since we were outperforming UT, who placed highly last year.”

Weldon has been fencing since the beginning of his freshman year. He had briefly tried fencing in middle school but had stopped until his interest was rekindled in college.

“As a graduating senior, I’m very disappointed to have the rest of our season cancelled, but I definitely understand the need to do so. I was looking forward to traveling with the team to our first nationals in many years,” Weldon said. “I just hope that we can get everything back on track so the team can compete on the same level or better in the future.”

Computer science sophomore Michael Menjivar joined the fencing club last semester with no prior experience. He quickly picked up the basics and competed in state tournaments and was one of the 11 students, along with Weldon, who qualified for nationals.

“I’ve never really been the sporty type. I did cross-country for half a semester once in high school and I quit because I didn’t like it,” Menjivar said. “I’ve always kind of wanted to try fencing, but I didn’t know where to start. Then I came to the club fair and someone from the fencing booth just attacked me . They were like, ‘Hey, you should join.’ So I just joined and I guess it clicked.”

Menjivar’s experience is not so different from the other roughly 45 fencers in the club. He said that many students don’t know about the club until club fairs or demonstrations around campus.

The team practiced on Mondays and Thursdays from 10 p.m. to 12:30 a.m. and Saturday from 3-5 p.m. in the Auxiliary Gym  located in the Activity Center. Their regimen consists of warm up exercises, footwork drills, bladework drills and fencing.

“The most important thing is that everybody’s just enjoying the sport. So this year, I guess we had a little bit more of a competitive push because now we’re trying to send a team to nationals, but still.” Weldon said. “I mean, anybody can go there, it was really just based on interest and trying to go have fun.”

While Menjivar has been able to learn how to fence, he said he’s also found a sense of community and friendship within the club with other students he might not have had he not joined. He said he encourages others who are interested in the sport to give it a try.

“All of my friends I’ve made so far have been from fencing,” Menjivar said. “You don’t really have anything to lose (by joining). There’s no required practice. You show up when you can, so it’s just like, come have fun.”