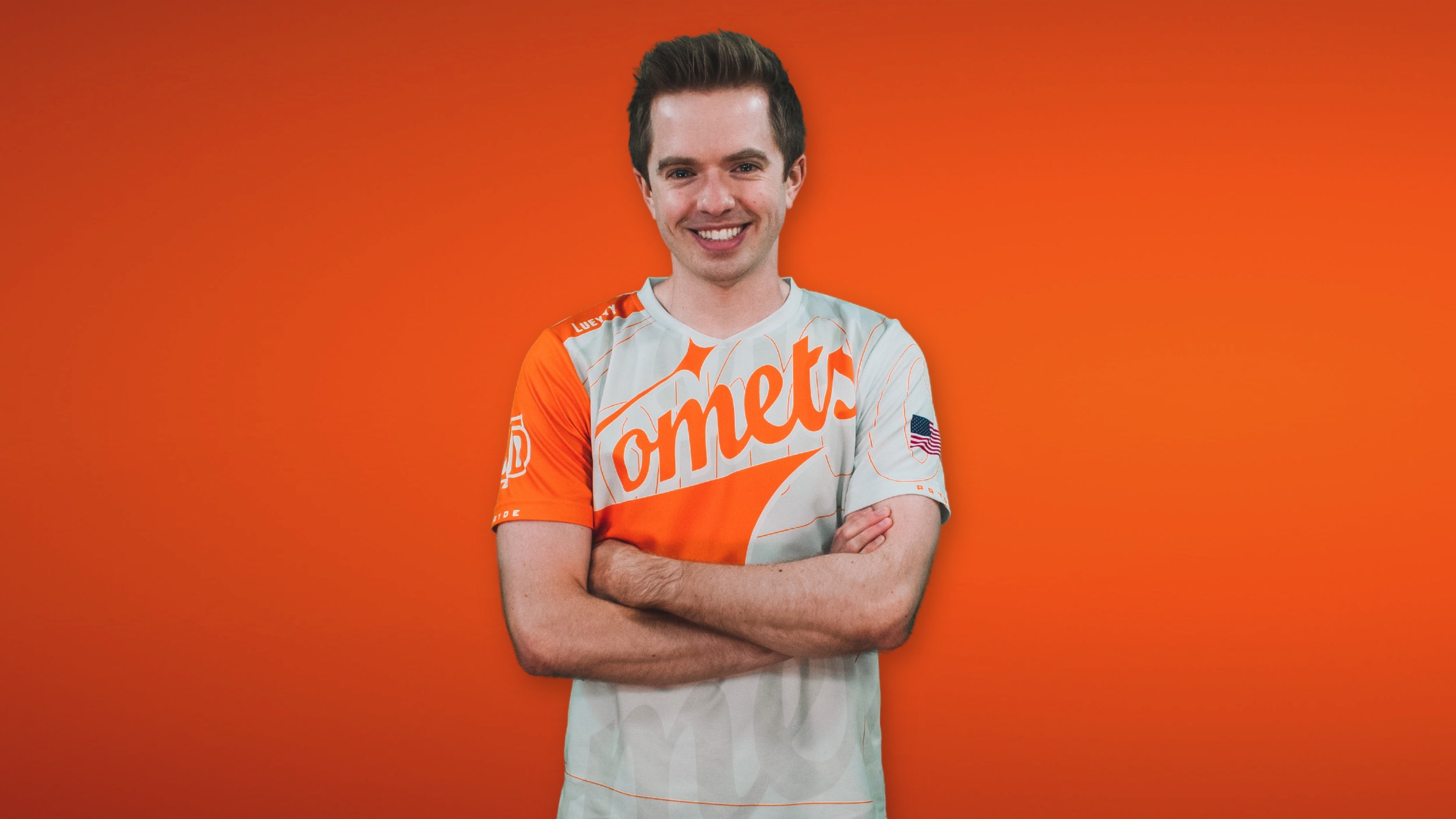 From college to the Overwatch League and back again, UTD’s new head Overwatch coach has proven he can compete professionally while also furthering his education and the Overwatch team’s experience.

Christopher “Bani” Benell, MBA student and new head coach of the Overwatch team, is the former Washington Justice coach and a previous Houston Outlaws support player. After his time as the Justice coach, he said he wanted to work on an MBA and that UTD had come up as a good option.

“I became interested in the business side of esports, so I decided that I wanted to get some hard skills. And the MBA program was the way to go, essentially, for me,” Bani said. “I landed on a couple of options, and UT Dallas was one of them – just because they had a great esports program. And I still wanted to keep my foot in Overwatch and esports in general while pursuing my MBA, so I reached out to Greg and we kind of talked back and forth. … So, yeah, I ended up going with UT Dallas.”

Bani graduated in 2017 from Carleton University with an undergraduate degree in neuroscience and mental health. When Overwatch was released in 2016, however, he made it his goal to go pro in the competitive team shooter.

“I was addicted,” Bani said. “Like, I played it nonstop. At some point, I don’t remember exactly when, I realized I’m going to go pro in this, like, that’s gonna be my goal for the next little while at least. And it just so happened that while I was finishing my degree, I had the opportunity spring up, and I took it.”

After this, Bani would play for the Outlaws as their main support. After some time competing, including a top 8 regular season finish with the team, he shifted into the coaching role, saying that he felt it was a natural transition considering his strategic playstyle.

“Season two, we had some struggles, and they wanted to revamp the roster,” Bani said. “So, I was looking at my options and whether I wanted to play or move into coaching. I already knew that … I approached the game in a kind of analytical way already, like, you know, a strategic way. So, while I was on the Outlaws, I would basically be the in-game leader and kind of give the idea of what we’re doing. And so that transitions pretty well to coaching where you approach the game in that kind of conceptual way, and you try and teach those concepts to your players.”

Many other pro players try to stay in the esports scene via coaching or by leveraging their brand into making a streaming career. While players and personalities like Seagull, Doublelift and Ludwig have cultivated successful streaming careers and brands, many more are never seen in the spotlight again, and the option of going to school is becoming increasingly laden with incentive. Bani says that whether going for a bachelor’s or graduate degree, the potential that comes out of going to a good university with a good esports program is growing.

“There’s a lot of universities that are picking up esports,” Bani said, “For example, UTD. We don’t necessarily have any, you know, top-tier sports or traditional sports teams, but our esports program … we’ve got four of the best teams in the country. And the overhead is much less than if you were to try and have a, you know, multi-billion-dollar football team or something like that. It’s gonna grow as a potential option for the path to pro. Just like the more these colleges start offering scholarships and even full rides for students, I think there are a lot of people out there who want to have a backup plan. And that’s what I did, you know. I played Overwatch passionately, but I still finished my degree. And, you know, it would have been great if that was all paid for in the meantime.”

UTD’s team has appreciated Bani’s experience with the Overwatch League and seems to have resonated with his coaching style. For computer science senior and main support player Fawaz “NoneType” Ahmed, Bani’s game knowledge and ability have significantly benefited the team.

“Unlike other coaches, I feel like I have a better connection with him since we play the same role,” NoneType said. “It’s been good so far. I just really like him being around, it’s really cool having an ex-professional player and coach on our team. Especially one that I’ve been a fan of for a while.”

But the transition back into the collegiate arena comes with a change in mindset about competition. While the focus in the Overwatch League is winning all the time, the focus at UTD is on academics first and competition second. With this, Bani said that he hopes to focus on the game fundamentals with the team and eventually build the program into a top 4 team in the scene.

“We don’t exactly have pressure to perform every week like we did in the Overwatch League, right?” Bani said. “Like, we don’t have to base our schedule on winning every match every week. So, I’m excited to do a more long-term approach where we learn the game in a more conceptual way to start, and then slowly build on that foundation rather than just trying to provide what we absolutely need to give us the resources to possibly win that week. I think we’re going to grow a lot as a team as a result of that, and hopefully the top four, maybe top three or two by the end of the year.”