Fed up with the high prices and fees from other food delivery services, two coworkers decided to launch their own platform, with their first test run at UTD.

“My friend and I were talking about food delivery, and as millennials, we prefer to save some money, have food delivered or even go out to restaurants,” Pradeep said. “The price of food delivery is so high. The additional costs would be 50-60% of the meal, when you have the service fee, delivery fee and the tip. It was worth it to drive and get food ourselves. We thought there should be a better way, so we started brainstorming.”

Pradeep and Ives first gained experience with food service apps while in college. Pradeep created an on-campus food ordering app called ‘Linesmash’ and Ives created two apps: ‘Crop Budget,’ which was for the Oklahoma Agricultural Economics department, and ‘Smartboard,’ which was for internal sales ordering.

Their new service, Citrus, provides users with two different cuisines to choose from every day. After choosing a cuisine, users will receive three different options for dishes. Once ordered, the food will be delivered between 7 and 8 p.m. with a $1 delivery fee.

“We realized that typically when we order a meal, we generally tend to narrow in on one or two different choices,” Pradeep said. “ou know, there are a lot of options on these other apps wherever you go, but you typically have something in mind.” After getting an idea for the app, Pradeep posted on the UTD subreddit to see if students would be interested.

“We have received great feedback considering we have done practically zero marketing so far, just Reddit and Instagram,” he said. “The Reddit post was the highest ranked post in r/UTDallas in a matter of hours and netted us 10 signups so far. We expect more once the school year starts and we start to market.”

Citrus is open for signups on the website. There is no app at the moment, but users can text in orders and see online menus. The delivery service will be launched on July 15, but in the meantime, students can sign up for the waitlist on the Citrus website.

“In 3-5 years, we’d love to see this company take off with UTD and refine it for students who are really interested in services and who will optimize it for them. I’ve noticed with a lot of big-name delivery companies, the service is inconsistent, and we want to provide good customer service, first and foremost,” Pradeep said. “After that, we’d want to expand to local colleges and we’d like to try the apartment market again.” 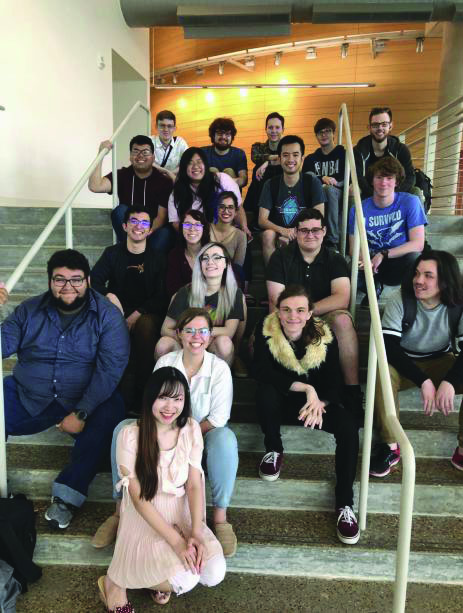