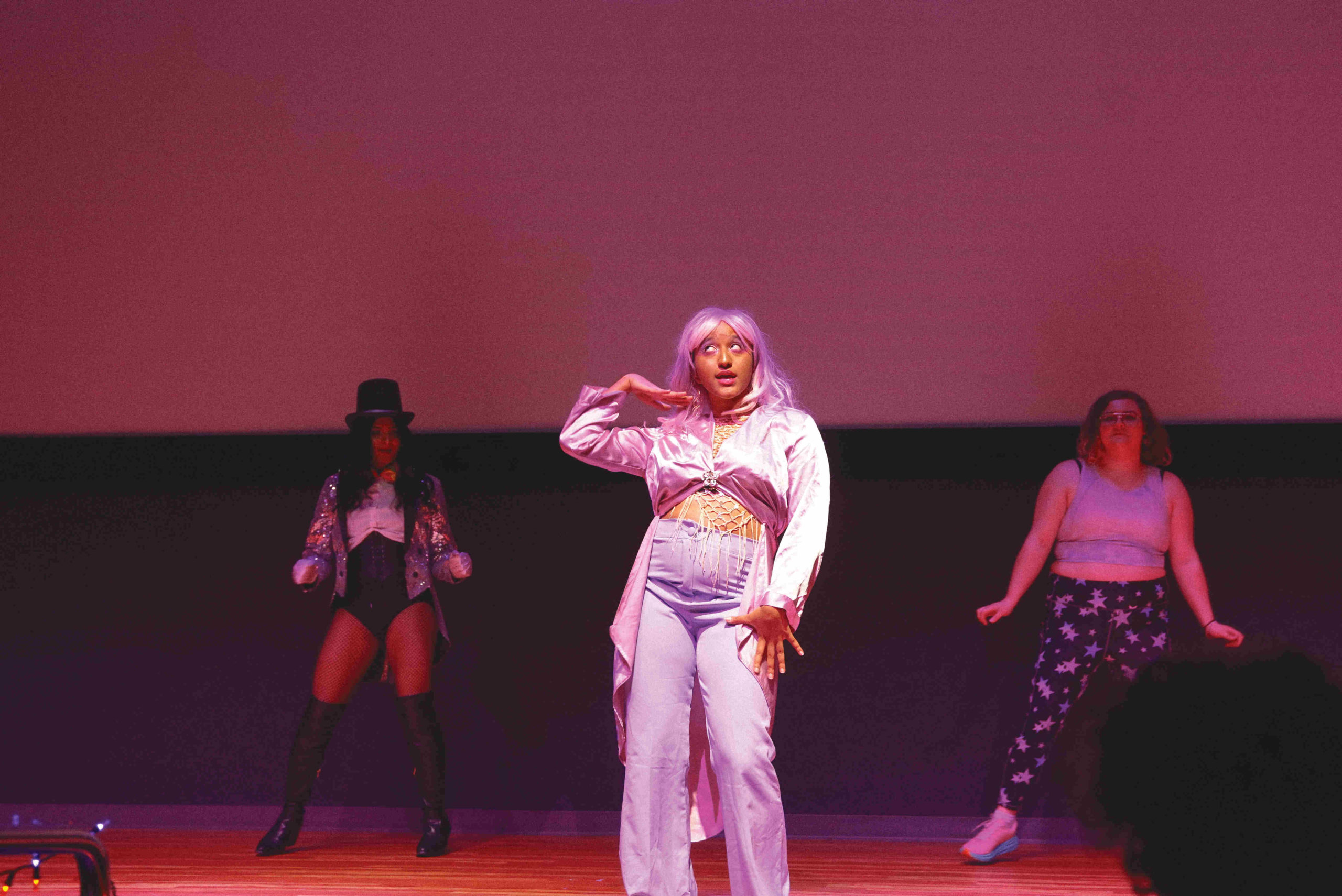 Performers from Chi Alpha Iota diaternity took to the stage with XAI’s annual drag show for a “night of self-exploration, discovery and acceptance” on Nov. 11 and 12.

Student performers danced and lip-synced to songs like “I’m Coming Out,” “Akh Lad Jaave” and “Cigarette Ahegao.” In addition, the show featured special guest performances from Novis A Cappella and Temoc. Half of all proceeds went to the Native American Rights Fund and House of Rebirth.

After Saturday night’s performance, featured performers spoke to The Mercury about what drag means to them personally. Visual and Performing Arts senior Cal Thompson, AKA “Hot Sauce,” shared his thoughts.

“It’s not just about dressing as the opposite gender… for me, drag is kind of this form of gender anarchy — of taking abstract ideas and turning them into a performance,” Thompson said. “Drag is performance art that is looking back at you.”

Biology senior Alex Xavier, AKA “Lady Monarch,” also spoke to The Mercury. Xavier shared that the character of Lady Monarch was inspired partially by Lady Gaga, but also by other students.

“After seeing other queer people my age perform, I was like maybe I can do that too! ‘Cause I was a shy person,” Xavier said. “Drag to me is an art form that’s rooted in queer history, but anyone can really participate in it… it’s about entertaining people and being true to yourself.”