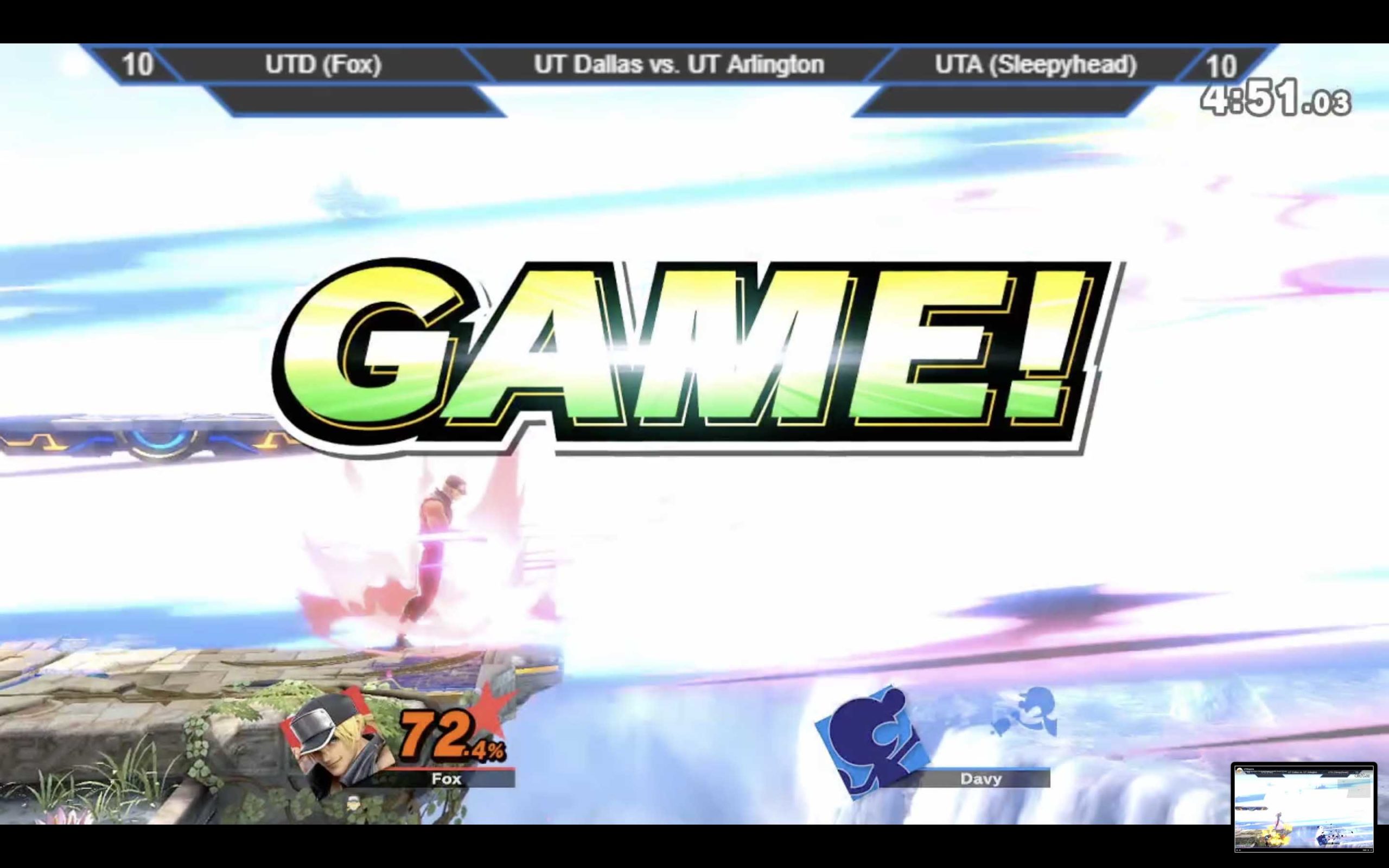 The Smash team took top seed in the national qualifying regional after a loser’s final versus UT Arlington and a grand final win against UT Austin.

The Comets cinched the regional win after being sent down to the loser’s bracket by UT Austin, forcing them to fight a loser’s final against the second seed team UT Arlington. The Comets said they expected to play against UT Arlington in the grand finals, but a surprise burst from UT Austin had sent both teams down to the loser’s bracket to duke it out. ATEC senior and student head coach Chaynen “Sun” Casas said that the Longhorns played amazingly in their initial face-off.

“For the first time in a long time, they played out of their minds,” Sun said. “They caught us off guard and it still went down to the wire.”

In the loser’s finals, the game started with UTD’s “graffetti” dropping all three stocks to UTA’s “Army,” which computer science junior Gabriel “Kazma” Hernandez said was due to them believing UTA would start a different player first. This ultimately led to a favorable matchup for UTA. However, computer science sophomore Sean “Fox” Fox would bring his Terry into play next, which Kazma said started to propel their momentum in the game.

“At first, I’m not going to lie, it didn’t look super great,” Kazma said. “But Fox really brought it back, taking two from Army without dropping one, then taking three from their next player, sleepyhead, and then taking one from kurry, and giving us such a really big lead. Big plays for Fox, much appreciated.”

Kazma then went on to sweep up most of the rest of UTA, along with ATEC junior Garrett “dezly” Olaes tagging in for the final finish. The grand finals turned out to be a much cleaner win for UTD in the rematch against the Longhorns, with Kazma saying that they won fairly convincingly. For Fox, the CSL qualifier was a wake-up call for the team.

“When you get used to stomping people, you can kind of just not put in as much effort as sometimes you should,” Fox said. “The CSL qualifier finals was kind of the waking up being like ‘Hey, even though we’re doing this good, we still need to put our full effort in and claim the win.’”

Winning the regional also guaranteed that UTD would be attending CSL Nationals, which they won in the inaugural season. Because COVID canceled last year’s CSL season, UTD will be headed to the online version of CSL Nationals as the reigning champions, and Sun says they’re ready to repeat.

“We’ve established we’re the new number one school, and people who weren’t trying against us before – who didn’t take us seriously – have to because we have that title. And that’s just going to make everything harder for us, which we welcome with open arms,” Sun said. “Try to beat us. And we’ll still prove to you that it wasn’t a fluke, and we’re just better than you.”