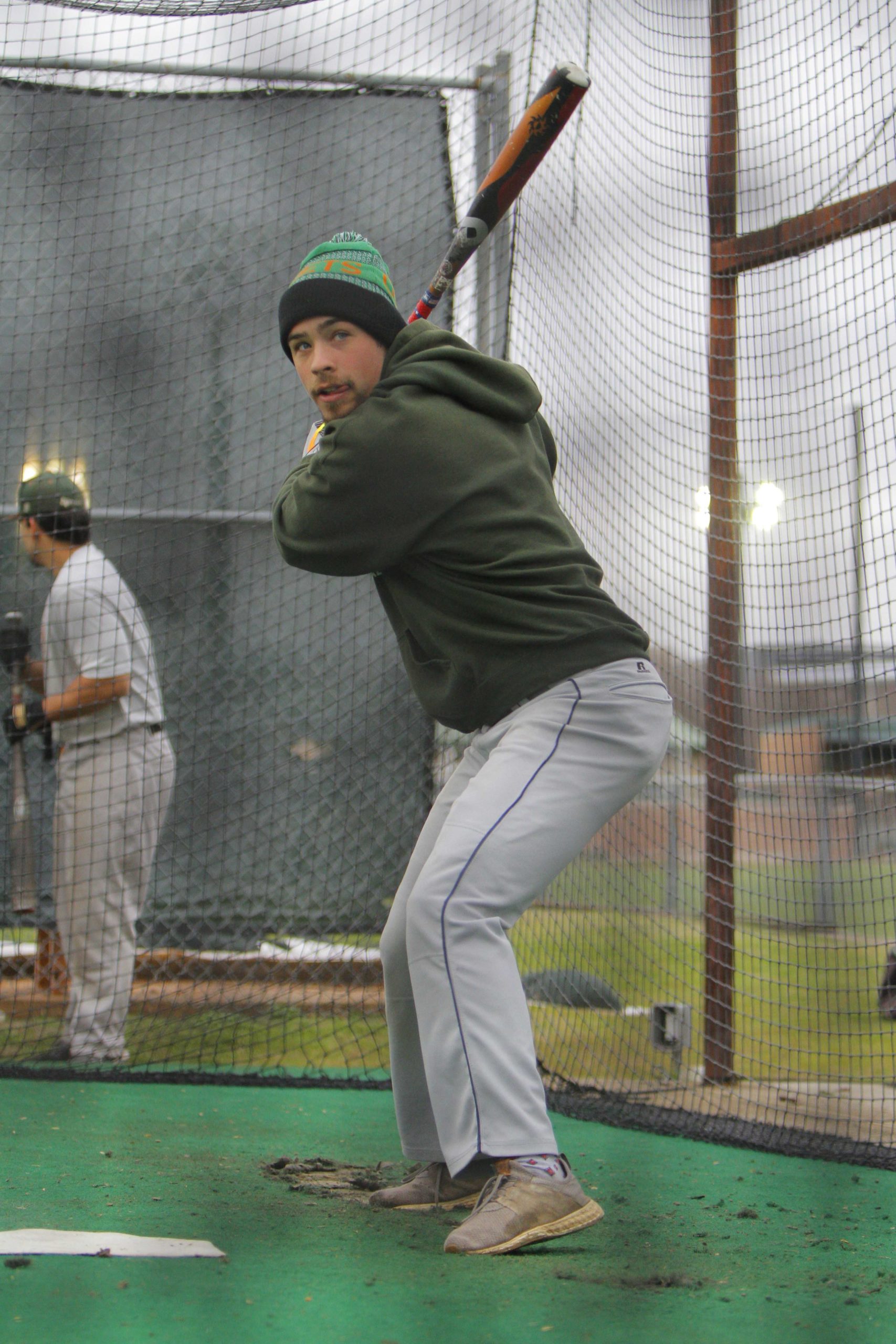 Jacob Perry hit a game-winning triple in the team’s March 2nd game against the Southwestern Pirates.

Following several delays, the UTD baseball team’s spring season has begun in full. With a roster composed predominantly of younger players, the Comets have managed to maintain a steady series of wins over their competition.

Scheduled to begin in early February, the Comets’ season was pushed back in light of the freezing temperatures brought on by the polar vortex. Seven games were canceled over a series of ten days; the first game finally took place on Feb. 26.

The cold weather was responsible for baseball teams across the country facing cancellations, with neighboring teams like the Howard Payne University Yellowjackets and the Southwestern University Pirates having a similarly delayed start to their season.

The season’s delayed start only extended the Comets’ nearly year-long hiatus, as their 2020 season was ended only weeks in as a result of the COVID-19 pandemic. Their time off the field ended with a bang against the HPU Yellowjackets, as the Comets won 27-8. The Comets have maintained their momentum, accruing a winning record currently standing at 13-7.

Infielder and business administration senior Jacob Perry said that self-motivation was essential for the team over the last year, with each player having had to maintain a self-imposed training regimen prior to resuming team activities in the spring.

“[The past year] was a long break, and it felt like forever. It’s just made me a lot more grateful to be back,” Perry said. “We got that taste of not being able to play maybe ever again, so there’s this urgency this year to work even harder and just appreciate the fact that we’re getting to play the game again.”

The team’s early success came alongside a substantial change to their roster, with nearly half of the 47-member team now made up of freshman players. With 22 new players, the Comets’ 2021 roster marks the largest freshman class in the team’s history.

Having graduated various team veterans since the sudden end of the 2020 season, the number of upperclassmen, and especially seniors, has shrunk. Nonetheless, Perry said many of the Comets’ most experienced players continue to lead both at-bat and on the field.

“We’ve still got the same core from last year, so we’re really picking up where we left off,” Perry said. “It’s been good for us older guys because there’s competition. There are young guys coming in, and they’re hungry for a spot. It keeps us on our toes.”

Perry and healthcare studies junior A.J. Liu have headlined the Comets’ offense, with Perry notably hitting a game-winning triple in the team’s March 2nd game against the Southwestern Pirates. Perry said that strong at-bats like his own are most impactful when they revitalize team spirits.

“In a ball game like that, it just takes one moment to switch the momentum,” Perry said. “Once you do that, you can really take off from there.”

Currently ranked fourth overall in the American Southwest Conference (ASC), the Comets are likely to qualify for the ASC playoff tournament this year. Having last attended the tournament in their 2019 season, the team was defeated in the first round by the Louisiana College Wildcats. For the first time since, the two teams will play again in mid-April.

“Right now, (…) we’re definitely going to make it,” Perry said. “But our goal is to have the best conference record and host the tournament. We’re on a good track right now, but we’ve still got some work to do.”