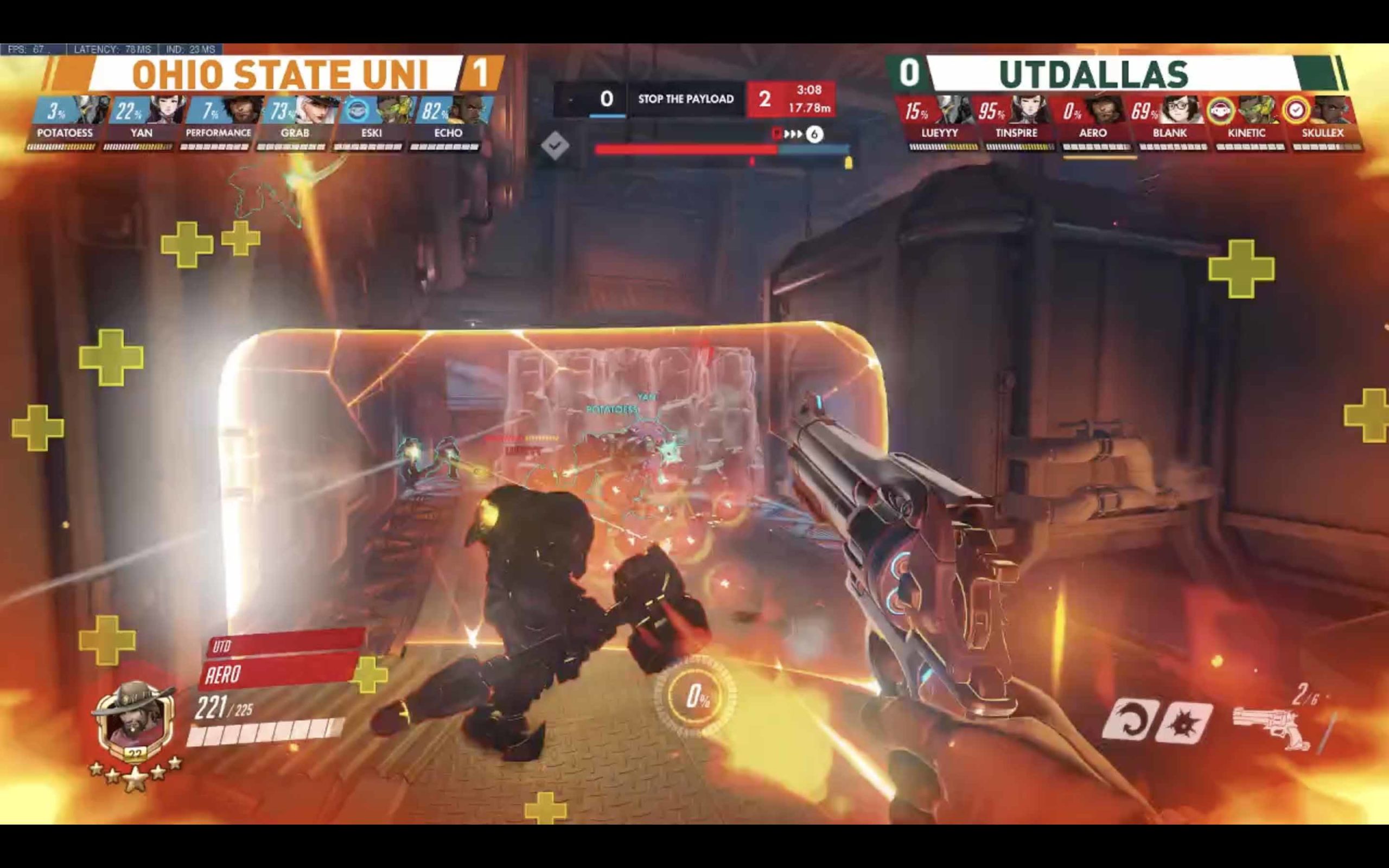 In their final winning match in the OWCC, UTD’s communication improvements showed in their match against Ohio State.

UTD’s Overwatch team just finished in the top eight of the Overwatch Collegiate Championship (OWCC), going on to ride the momentum into two tournament wins.

Despite having to compete remotely, the Overwatch team persevered beyond what was already its highest placement in the team’s history in the OWCC. This follows an earlier placement in the top ten Overwatch colleges by coaches in the nation and what some players say is a massive improvement in team structure and communication. ATEC junior Kaedmon “Kinetic” Penney says he realizes the irony of improving communication after being forced to quarantine.

“The communication aspect is definitely our biggest improvement,” Kinetic said. “Being able to have conversations about topics in and out of game because being in a team environment is never easy.”

One way the team improved its communication this semester was through the help of Louis “Tikatee” Lebel-Wong – alongside startup PECO – in coaching the team. UTD was chosen as one of the test-run schools for the Adopt A College program, and CS junior Kyler “Blank” Marcantel says that Tikatee played a major part in the team’s enhancement this semester.

“So, the two big things he gave us is early on he helped us set up a communication structure, which was kind of who has what role originally, and those were like hard walls. But over time it’s turned more into responsibilities that need to be done and anyone can do it,” Blank said. “He’s also done a lot in the form of information, just like what jobs you need to do with certain compositions.”

In their final winning match in the OWCC, UTD’s communication improvements showed in their match against Ohio State. Both Kinetic and Blank cited the game as the highlight match, despite being down 0-2 heading into the hope for a reverse sweep.

“The first two maps we took extremely seriously. Maybe too seriously. And we were really stressed about it,” Blank said. “There’s just a mental shift where everyone just kind of came back after break and we’re just calm. It felt like practice. Everyone’s just in the zone and it wasn’t hype.”

The team eventually took back two maps to even the score to 2-2 – what both players say was the most hype play to save the match for UTD.

“We had four people dead on our side, and then Luey ends up killing three or four [enemies] just by himself as Reinhardt,” Kinetic said.

This comeback play fueled UTD’s momentum to save the game. Following the top-eight finish, the team went on to win the UGC League and the USF Invitational. And while UTD isn’t among the top three college teams yet, Kinetic said that the Comets are only getting better.