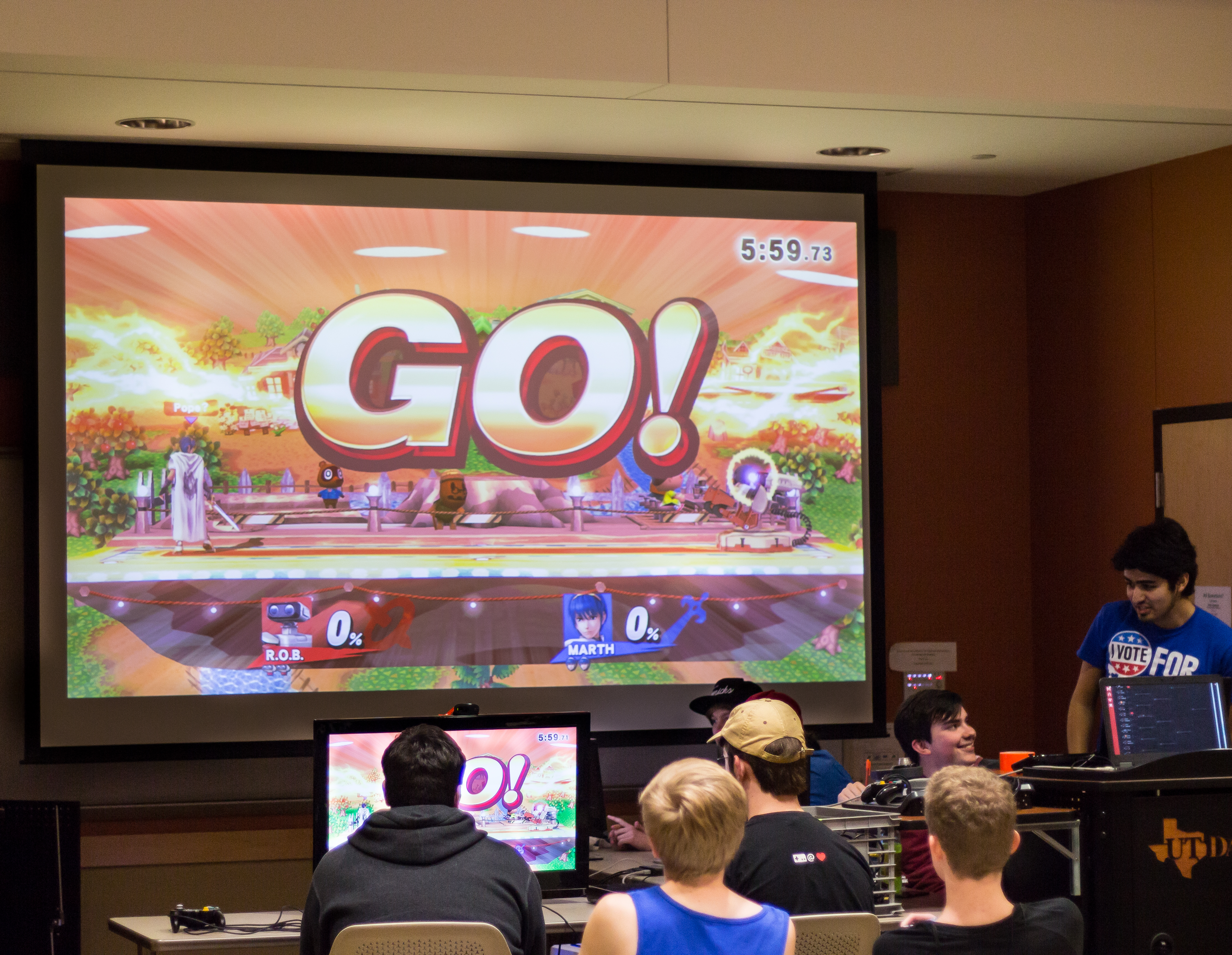 Members of Comet Clash gather for a game of “Super Smash Brothers.” Top players compete for a $75 prize and a custom controller at the end of the semester. Photo by Robert Johnson | Mercury Staff.
Editor's Picks
Life & Arts

What began as a hobby turned into a competitive opportunity to earn rewards and recognition for members of the “Super Smash Brothers” community at UTD.

A group of students gather every week for Comet Clash, a “Super Smash Bros.” for Wii-U tournament series hosted at UTD by organizational behavior and human resources freshman Adam Alami. “Super Smash Bros.” is a fighting game in which competitors brawl to knock one another off the stage.

Alami began hosting the tournament series in the fall after a successful experience with a makeshift competition. He decided to change the way the tournament is organized this spring to allow for more stability. The event now follows a circuit structure based on a point system, and the points determine the top players who will compete for a $75 prize and custom controller in a closed tournament at the end of the semester.

“My main involvement in the game is hosting the tournaments, so I feel like at the end of the week I can always rely on the fact that I’m going to enjoy hosting this tournament and being around all the people I’ve met as a result of it,” he said.

Alami recently accepted a tournament sponsorship from an eSports website, which provides a weekly cash prize of $25 for the winners at each competition. This sponsorship has allowed Comet Clash to recruit more players both on and off campus, which makes the event’s outcome unpredictable.

Chaynen Casas, an ATEC freshman, said he appreciates the variability of the series because of the influx of new players.

“Ever since the sponsorship, the amount of non-UTD people coming in has really come up. Because of the pot bonus they’ve had an interest, and they make the tournament series more competitive, more interesting and more enjoyable,” Casas said. “Before they started showing up, it was kind of already set in stone who would win. Now with these new people, it kind of shakes things up, and you don’t know what’s going to happen. It makes it better.”

As the host, Alami aims to make the tournament more student-friendly, which sets it apart from other weekly tournaments in the area. Others, such as Shockwave at FX Game Exchange in Plano, cost upwards of $10 and draw crowds of over 50 people whereas Comet Clash costs $2 and averages 25 players.

“The goal for this tournament series is to make it more accessible for people to get into joining tournaments,” Alami said. “It’s a lot easier for someone to walk over from a different residence hall to our tournament than it would be for them to drive over to Shockwave.”

The Smash community at UTD is composed of experienced and novice student-players. Business administration freshman Jordan Slack attends and commentates at the Comet Clash tournaments and other local tournaments on their respective video streams online.

“It gives me something to think about that’s not school or stress,” Slack said. “I’m nowhere close to professional. I just like to commentate. We have a stream now, so we can commentate our matches like you see in professional sports. I learn about the game whenever I play it, so I can apply it there.”

Slack has found his place at UTD through “Super Smash Bros.” and Comet Clash because of his investment in the game and the people that play it.

“More than a majority of my friends at UTD have come from Comet Clash, so you can always just hang out with people. You can ask someone to have a set-up ready whenever. At two in the morning, there’s normally people still playing,” he said.

Ian Braunfeld, a computer science graduate student, has been playing variations of “Super Smash Bros.” for eight years and has seen the scene transform. He currently ranks eighth on the DFW power rankings and said the reason he continues to play the game is for the sense of friendship it offers.

“The community is hard to describe. It changes a lot. Coming from back then, I’ve seen the community change, and for Smash 4 it’s a lot different because eSports is more of a mainstream now, so a lot of tournaments and whatnot cater towards the eSports crowd, and tournaments are bigger,” he said. “So really, the community is just all the people who contribute to the experience of a player, and there’s just different aspects to it.”

The tournament series has done its part in bringing the players together to compete, but it’s done even more for the UTD smash community as a whole.

“Tournaments are always fun and I enjoy competing, but I enjoy more just having fun with the people who are in the community. Some people have those personalities that are just very upbeat and just make every game fun, regardless win or lose,” Braunfeld said. “And then those are the type of people in the community who just make the experience that much better.” 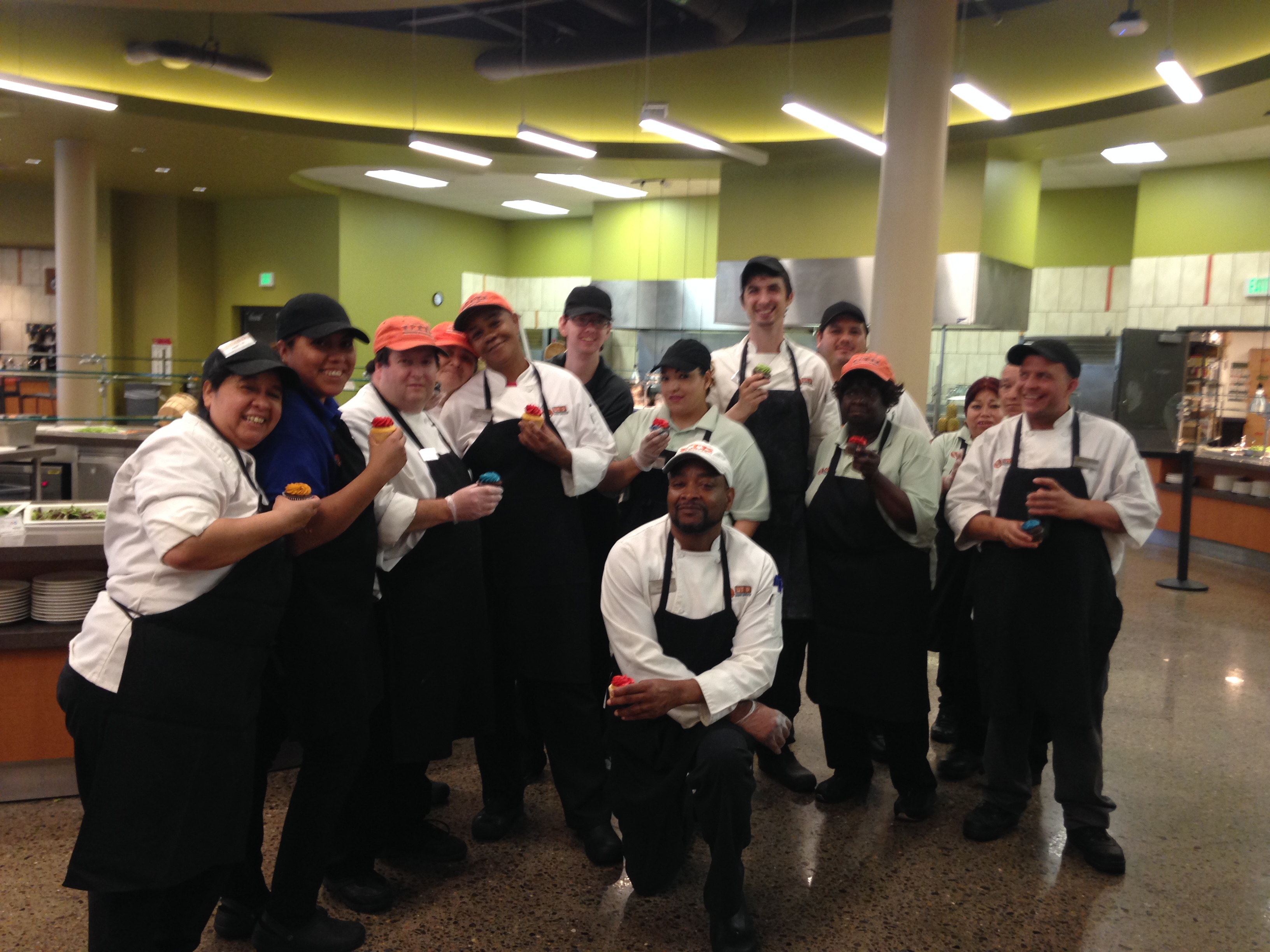 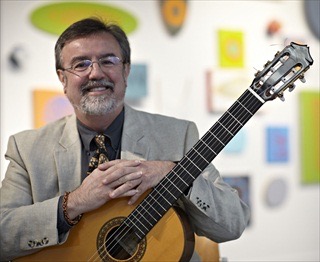