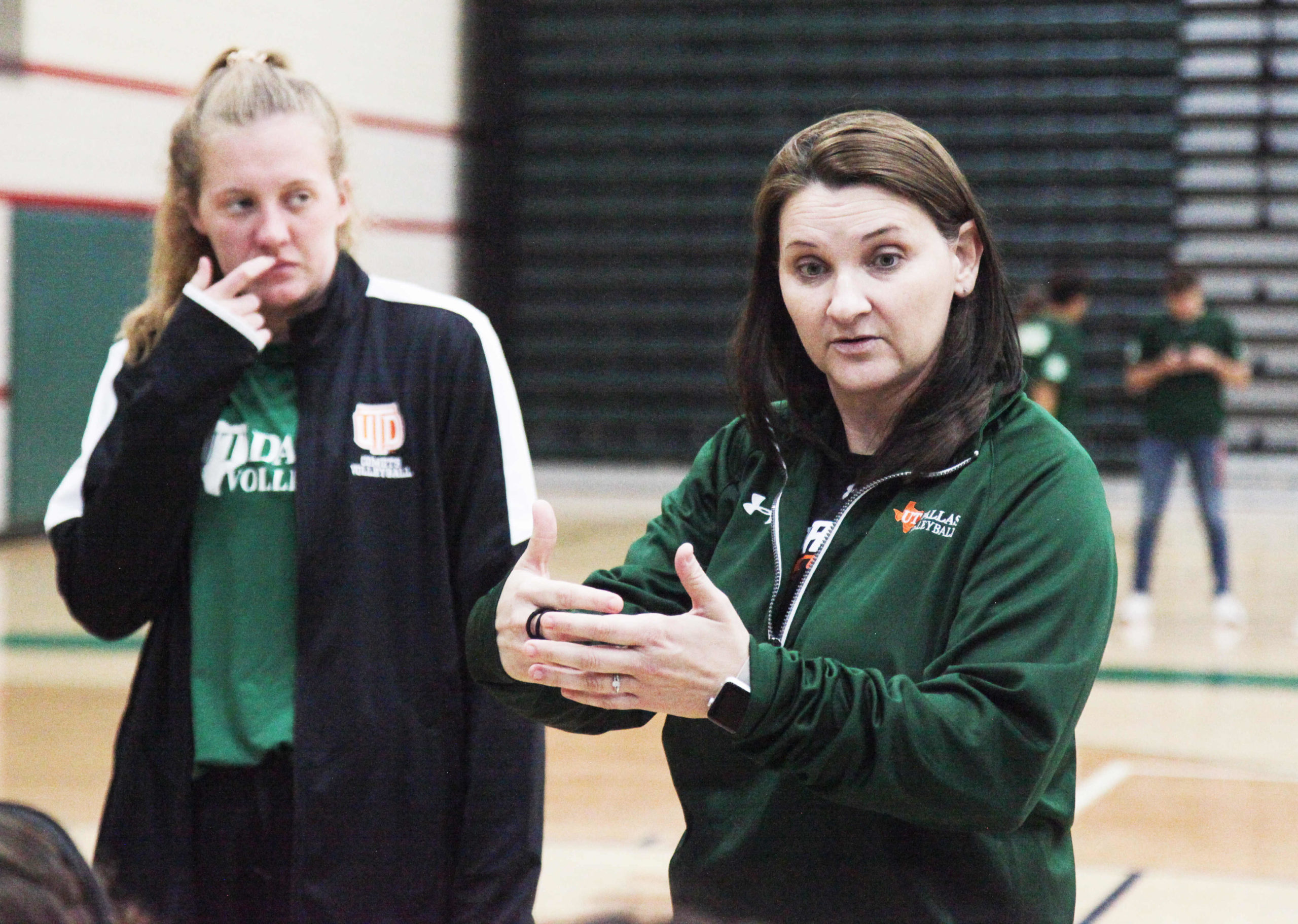 For the second iteration of “Coach check-in,” I sat down with Head Volleyball Coach Marci Allison to discuss the summer accolades accrued by the volleyball team—who went undefeated in last year’s regular season—the impact of the abbreviated offseason and her expectations for the fall.

Can you give me an overview of the previous season? How did postponement disrupt the team, and how did they handle themselves throughout that adversity?

“Looking back on the spring, I think for all of us, we had to learn to make adjustments. Even more so on the court, with all of the changes we’d been trying to implement for COVID policies. And then our athletic directors made the decision that we would play only double-headers, so it was pretty rough mentally and physically. That meant trying to keep everybody healthy—not just because of COVID, but also the wear of back-to-back matches — definitely took a toll on us, and unfortunately, we had quite a few injuries going into the postseason tournament. Every team did. So, we came out against Concordia, were able to sneak past them—and at one point, they were up on us 2-1, but our team was really gritty, we changed our lineup … and that worked out for us—but then Mary Hardin-Baylor just played really really well at home, and we weren’t full throttle. But I told the team after the spring that, regardless of win or loss, I was so proud of them. They showed really, really mature character: we were the only team that chose to wear masks, not just on the sideline, but also during competition. I think that shows a lot about their mindset, and it meant a lot to all the teammates who were dealing with a little bit more high risk than them, with the whole team respecting that.”

What’s the significance of the pre-season rankings to this group of athletes, and how do you feel internally about the upcoming season?

“We don’t ever put a ton of clout into the preseason stuff, you know, and especially that AVCA poll. Even though we’re number 13, it was really hard for those voters because a lot of teams didn’t play last year, so they’re having to go off of 2019 and 2020 and strength of schedule, and so what we always tell our athletes is to look at those rankings as rewards, not pressure. Within the conference, coming in second to Mary-Hardin Baylor, that’s just what happened last year. Unfortunately for us, we do have a couple of injuries going into the start of the season, so we’re having to deal with some adversity out the gate. I think that’s a chance to work on one of the things for this team to improve upon, their resiliency. And obviously, starting the season at number 13 in the nation can put a lot of pressure on you mentally if you let it, but we try to just appreciate those who came before us and earned that respect.”

What is the continuing impact of COVID likely to be this semester?

“I mean, we’re still dealing with COVID. Obviously, the vaccines are helping, but we’re still having to stay on top of precautions, not only here in Dallas, but anywhere we travel, so making sure we follow all of the precautions in St. Louis or wherever we may be headed.

But the biggest thing, I think, that was hard on our team, is that we aren’t used to the kind of a turnaround where you finish in May and then start back up in August. There wasn’t time to heal and take time off; we basically ended our season and then jumped straight into pre-season training. So, I think that’s been a major adjustment as well. And then for both our freshmen and sophomores, they’re having pretty much their first fall on campus, so we have two classes trying to learn how to balance school and volleyball as soon as we’re getting going here. So, we’re all just trying to figure out how to be flexible, do what we need to do with COVID and figure out how to play volleyball in the fall again.”

Speaking of balancing school and volleyball, can you tell me a bit more about the ACVA Team Academic Award?

“Well, our goal within the program is for everyone to shoot for 3.3 academically, which if anybody knows UTD, that’s no easy feat because of our plus/minus system. So, that is a goal of ours: not only to win championships on the court but in the classroom too. And, they took care of business, even though they were virtual. I’m really proud of the team for their efforts; they were able to get it done and get that national recognition for the team’s cumulative GPA being above a 3.3. And I want to say it’s the seventh or eighth time we’ve been able to get it. We all know that’s what they’re really here for, and volleyball is just an extracurricular, bonus activity they choose to be a part of, so that’s an award that we’re extremely proud of.”