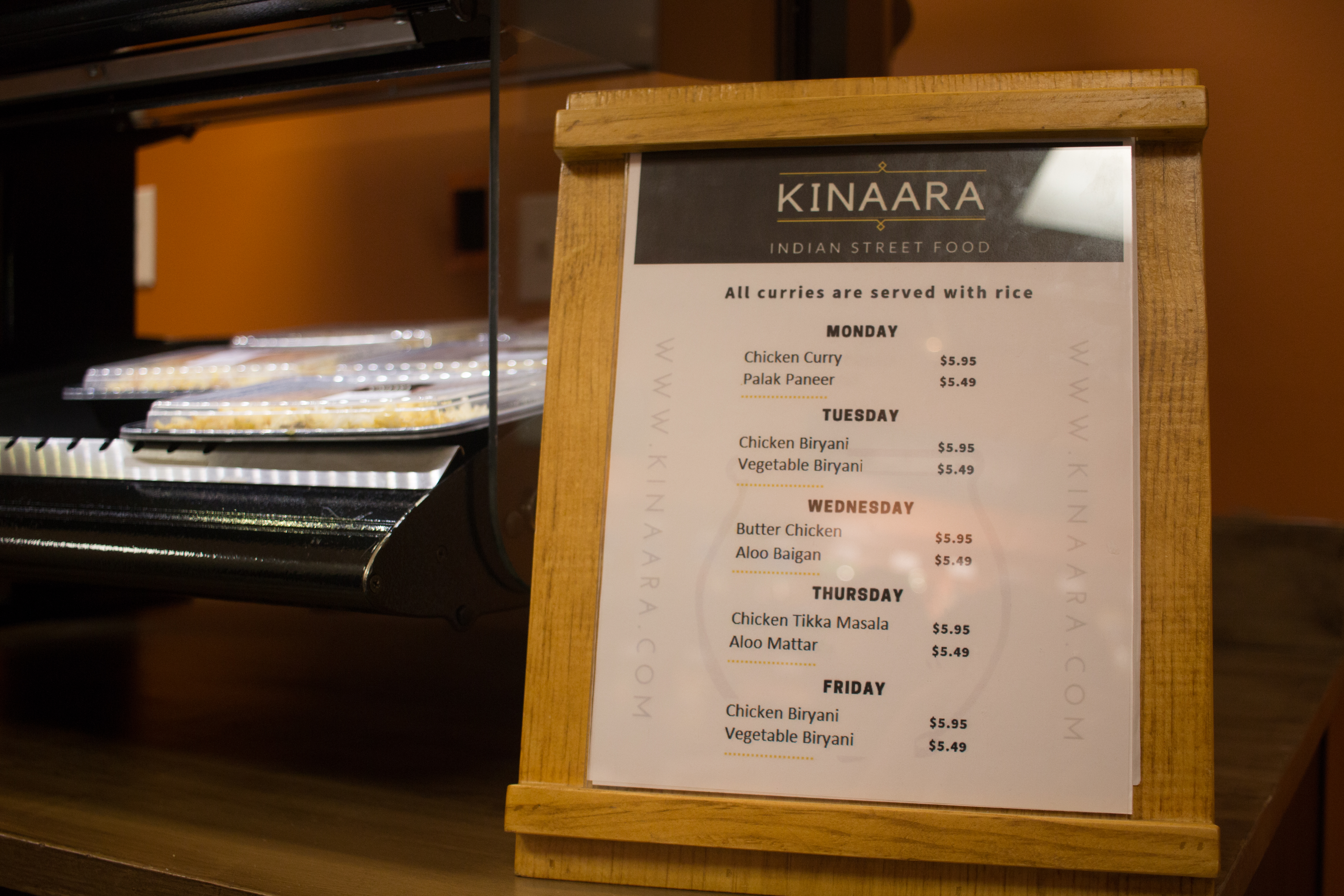 The Kinaara section of The Market on the upper level of the SU has a rotating menu of Indian dishes such as biryani and butter chicken served throughout the week. Photo by Pavan Tauh | Mercury Staff.
Campus News
Editor's Picks
News

Chartwells partnered with Kinaara, a local restaurant, to provide halal Indian food options at The Market of the Student Union.

The Market, the SU eatery previously known as Outtakes, introduced the ready-to-go meals at the beginning of the semester to appeal to a large demographic of students at UTD. The term “halal” refers to meat that is slaughtered according to Islamic standards and permissible for Muslim consumption. Kinaara, a restaurant located in Plano, previously served UTD students by offering a food truck featuring popular dishes such as biryani and butter chicken.

Resident District Manager of Chartwells Steven Goodwin said the choice to bring halal Indian food to The Market of the SU was part of an effort to cater to a growing population of South Asian students and faculty on campus. According to the university’s Fall 2018 Profile, 25 percent of the student body is classified as Asian American. The Muslim Student Association’s membership now includes over 250 students.

“I think it speaks to our demographic on campus. We always want to make sure that we’re able to fulfill what our students are looking for and what they can relate to from home,” Goodwin said. “So with such a large international population, we thought it would be perfect because it checks so many boxes of what some of our students are looking for.”

In response to the addition, MSA President and healthcare management and biology senior Saad Obaid said he feels the university is taking steps in the right direction and that additions like Kinaara are much needed for a burgeoning Asian and Muslim population.

“I remember the only option in the beginning was to eat at Subway and Panda Express,” Obaid said. “But now, we have options like Chopped Grill, Za’atar and Kinaara.”

Carrie Chutes, the director of food and retail services, said initiatives similar to Kinaara are part of an ongoing process of keeping students engaged and interested in what options they’re offered on campus.

“We are going to renew our relationship with Chartwells, so that will be for another extended period of time and with that will be ongoing refreshes and changes,” Chutes said. “So once that new term starts, then we’ll really look toward our students for the voice of what (they) would like to see next, what worked and what didn’t … we always like to keep everything fresh.”

Obaid said he hopes in the future the school will focus on offering other explicitly halal options on campus that expand beyond Indian food by partnering with established restaurant chains.

“I feel like it’s a big demographic that they’re hitting because, obviously, this school has a lot of Asians and South Asians that will love to check this out,” Obaid said. “Kinaara’s presentation is really nice. The school is going in a good direction to cater to all the different ethnicities.”

Goodwin said Chartwells is interested in the feedback of students and commits to monthly student advisory committee meetings as well as semester surveys to ensure the interests of students are heard. The next Student Advisory Committee meeting will be held Nov. 5 in SSA 14.244.

“I oftentimes say that this dining program is totally customizable to what a student is looking for,” Goodwin said. “That’s my goal and vision. So oftentimes if a certain student or organization is looking for something, we want to hear that so we can alter and change our plan moving forward for the upcoming semester.” 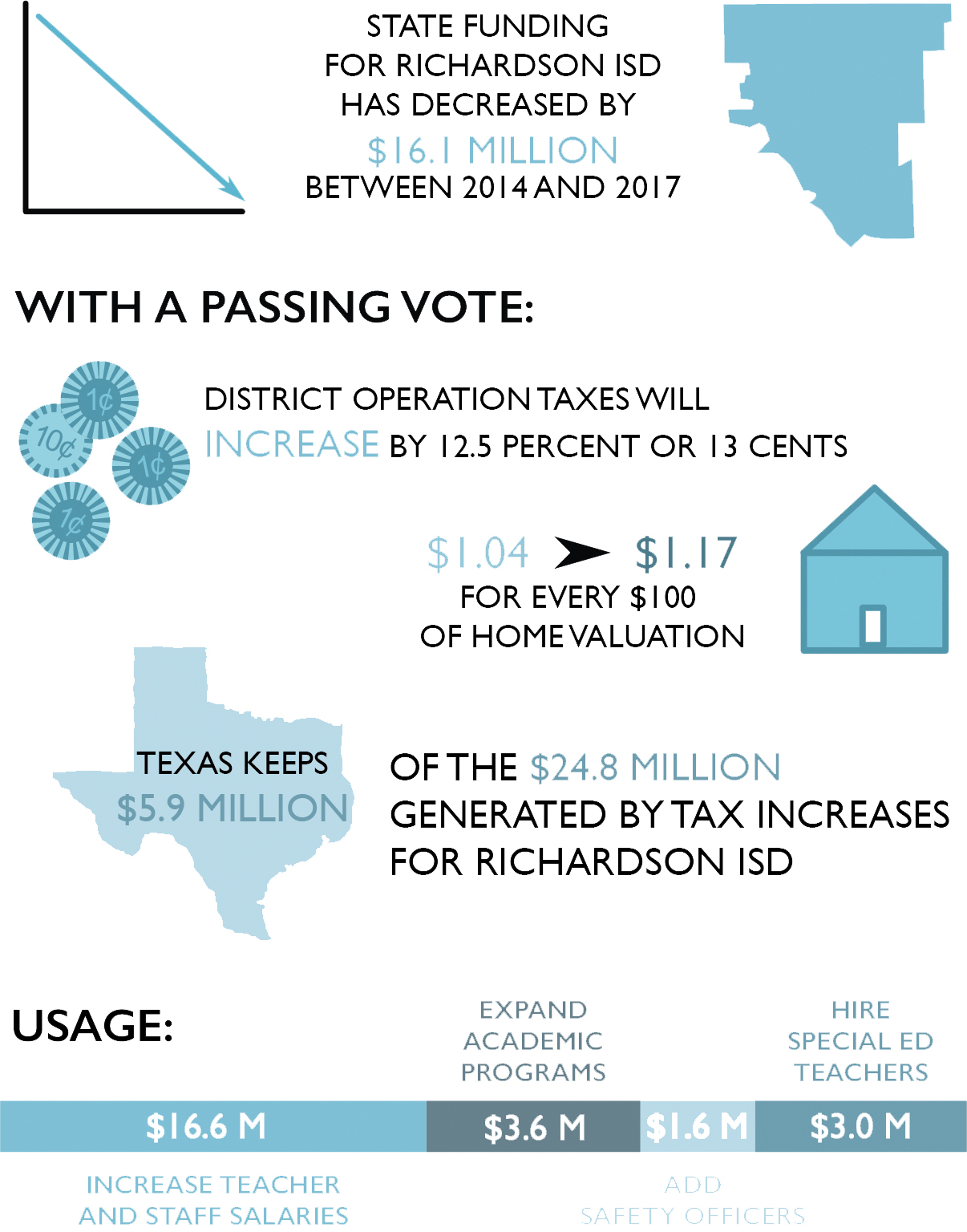 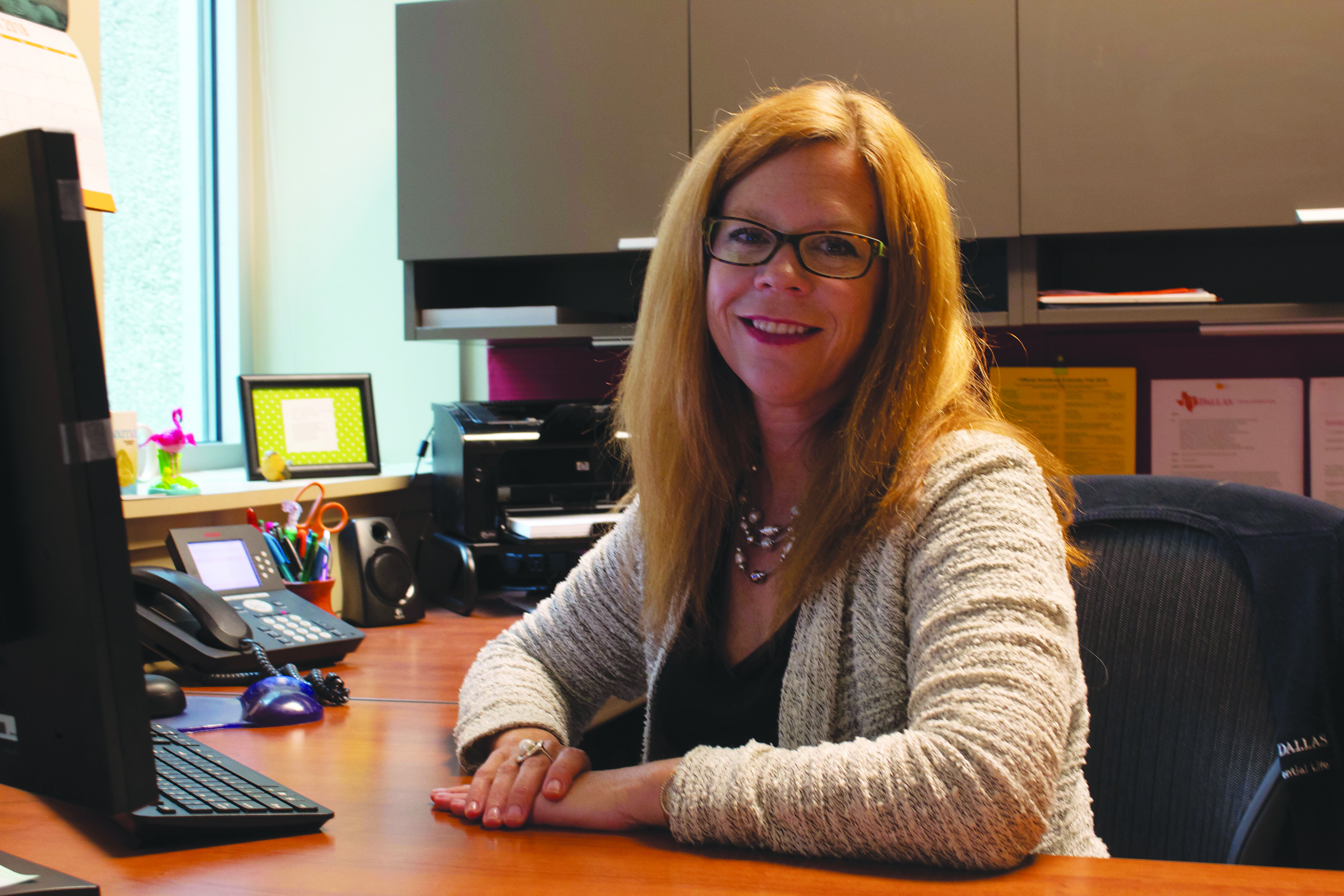