There is a better way to live, but car companies want to keep it from you. 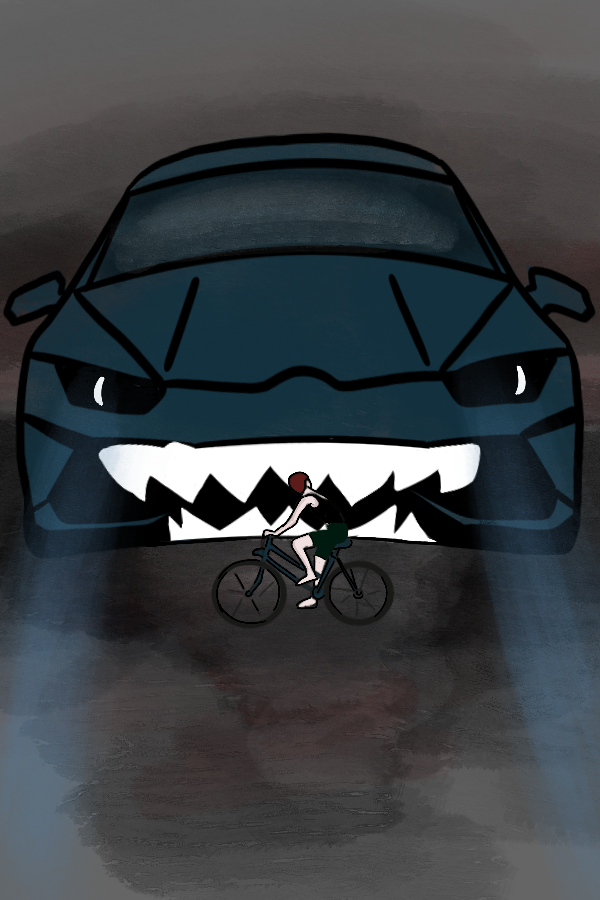 It seems that our country is entering a new era promoting public transit, with cities nationwide looking to invest in both infrastructure and more sustainably dense development. Naturally, car companies are less than enthused. But social media has also seen a strong reactionary political response from some right-leaning public figures.

“Democrats love high gas prices,” said Brian Kirwin on Twitter, host of the ‘Right Way Podcast.’ “They want to force you into mass transit or keep you home. Cars equal freedom. Do you think if personal vehicles were invented today Democrats would allow you to own one?”

Republicans have developed some strange notions about mass transit. Ideas which — I’m sure — have nothing to with the party’s historic link to oil companies. But not everyone has a political agenda when they perpetuate car culture. We see this narrative commonly in American culture at large: getting a driver’s license is seen as a rite of passage for adolescents, something that unlocks a new level of freedom. But have you ever stopped to consider that Americans only see driving as freedom because we live in a cage that makes all other options a prison?

In a city built for people, there are so many equally attractive options for transportation that you are free to choose whichever you like best. That includes cars, if that’s what floats your boat. It is no coincidence that drivers in the Netherlands — where pedestrians and cyclists are highly prioritized — are the happiest in the world. In the Netherlands, the people who actually want to drive have the roads to themselves. In a city built for cars, however, everyone who doesn’t drive — either due to poverty, disability or just preference — becomes a second class citizen isolated by hostile infrastructure. Most people who do drive are muscled into it by the invisible hand of the car industry, which has engineered the landscape in this country to make you reliant on their exorbitantly expensive metal death machines.

But I don’t really need to lay that out. If you’re a UTD student without a car, you already know what I’m talking about. The food on campus is too expensive, but the options for grocery shopping aren’t stellar either. Walmart and Target are technically accessible by the Comet Cruiser, but it is often crowded, late, and these routes will still require more walking. That’s not even to mention that when you get off the bus, the urban environment itself is incredibly hostile. Most of the city surrounding campus has absurdly wide roads, noxious traffic and highly dangerous crossings. It is tragic that a college campus would be placed in a food desert, but this is the result of car-centric planning. It is simply assumed that everyone must drive — so it is obviously easy to access grocery stores — and those who do not drive are left as an afterthought.

If you do drive, I’d wager it’s not because you particularly love driving, but rather that it is the only practical option in Texas. But by doing so, you will spend years of your life tithing the rich. Cars do not equal freedom. Cars mean gas costs and loans and insurance, which means more expensive contracts written by elites to keep you down. Cars are the opposite of freedom. And the only reason you need to subscribe to these expensive contracts is because the automobile and petroleum industries have manipulated our entire society to where it is the only option.

“Texas just isn’t built for cars,” you might say. Everything is too spread out. But that argument seems to forget that Texans got around long before the 1950s. Both Dallas and Fort Worth once had walkable, dense downtowns connected by transit. Even today, further highway expansion threatens to displace pedestrian neighborhoods in favor of inanimate objects. Houston’s planned expansion of I-45, according to the Houston Chronicle, threatens to demolish “158 houses, 433 apartments or condos, 486 public housing units, 340 businesses, five churches and two schools.” In the absence of resistance, more urban areas will be razed to shave a few more minutes off suburbanites’ commutes.

The death of public transportation in America is multifaceted and too complex for the scope of this article; there is not just one agent that deserves the blame. But it is indisputable that car companies played a large role. You see, DFW was not built for cars. It was demolished for cars.

This concept is distressing for those who like to think that our society isn’t strongly influenced by corporate interests. We Americans love to think we are rugged individualists, and so we develop different ways of coping. On the more extreme end, you have people who claim that public transportation is literal communism. This ignores the fact that car-centric infrastructure is also pretty collectivist. Even people who don’t drive fund Texas’s absurdly large highways, and it is a sad fact of finance that sprawled suburbs are heavily subsidized tax drains. But not many people are that politically insane. The real issue here is that more innocuous versions of this myth trickle down to even reasonable people.

When you buy a car, you do not choose freedom. You merely buy the illusion of freedom that car companies have tried so hard to sell you — when in reality, everything you know about transportation has been engineered to encourage consumption. You only think “cars equal freedom” because it is a lie that almost a century of advertising and aggressive destruction of alternatives has sold you. And Exxon Mobile loves when you buy into its lie.

The state of transit in America is not hopeless. All the systems you know were built by people and can be changed just as easily. In the 1950s, Paris completely demolished much of its cities for cars and then in the last few decades reversed that trend. The answer? Vote for pro-transit politicians. Congressman Collin Allred (TX-32) has made progress getting funding for local transit agencies like DART. Focus on the community level to make environments more friendly to pedestrians. Change restrictive zoning laws that forbid the “missing middle” and prevent more reasonable housing density.

I do dream of a world where a car represents freedom. But it’s with an open road in the country, not with noisome traffic jams and parking lots taking up half our city. Next time you’re at the gas pump, don’t think about who’s driving up the prices. Think about the system that makes you need gas in the first place. Because there is a better way to live.