How boba businesses have survived, thrived during COVID-19 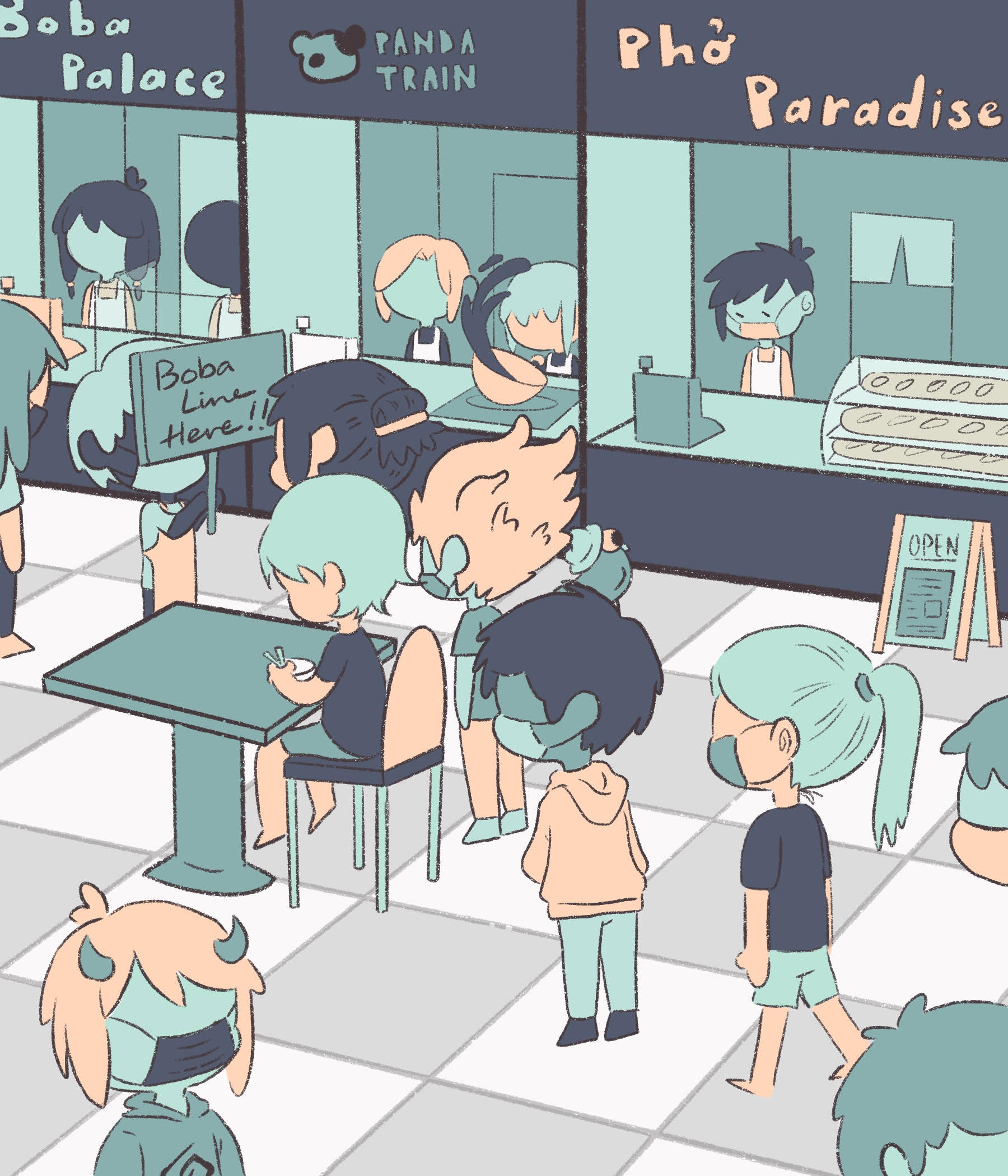 With most small businesses facing hard times due to the pandemic, boba shops have stood out from the crowd — surviving and thriving during the COVID-19 environment.

It was early March when COVID was starting to become more prominent in the U.S., and Terry Pham, Fat Straws founder and CEO, suggested starting a delivery service at a meeting.

“And they kind of laughed at me and they’re like, what are you worried about? I said, ‘Yeah, I think this pandemic, this thing’s going to be pretty big,’” Pham said. “They didn’t really take it seriously.”

When local students had spring break extended on March 13, Pham’s sales took a large hit in the last two and a half weeks of March.

Meanwhile, My Lynn Nguyen — fellow boba businessperson and owner of Magic Cup Café — said that the majority of staff left early on in the pandemic.

“We were at like 15 employees and we went down to four employees within two weeks of the breakout at the beginning,” Nguyen said. ”A lot of employees, you know, they’re young, but they live with older parents or they live with their grandparents (…) and we can’t force them to go work.”

At the start, said both Pham and Nguyen, it was worrying to think about the future of running boba shops in a pandemic environment. Yet, even as stay-at-home orders progressed, their businesses didn’t suffer. In fact, quite the contrary.

“The most crazy thing about my business is I don’t think that boba tea was one of the big essentials, that it was an item of comfort for people during this pandemic,” Nguyen said. “But my business revenue was actually going up for us.”

Both Pham’s and Nguyen’s businesses were able to maintain and even ramp up business during the pandemic. But where did the demand come from?

In a recent survey conducted by The Mercury, 69% of the 245 respondents reported buying boba sometime during the pandemic. A common thread among respondents pointed to the comfort provided by taste or by memories of a time without COVID-19.

Pham thinks that there’s a difference in boba tea that makes it more appealing than other foods.

“It’s not food; it’s kind of like a treat. It’s comfort, it’s refreshment and it’s something you can share with a lot of people.” Pham said. “Not necessarily everyone wants to order a $50-60 family meal, but they’ll get drinks and treats for everybody.”

Since both Pham’s and Nguyen’s businesses were counted as essential and permitted to remain open, both were quickly able to set up a delivery service and curbside pickup, as well as spread the word on social media about their adaptations to selling boba tea in quarantine.

Pham said that Fat Straws was accustomed to doing farmer’s markets and pop-up events in the past, and with good systems in place to do mass delivery and online sales, they were able to sell boba on a larger scale. The new pop-up events with online preorders helped Fat Straws turn the tide and prevented them from having to lay off any employees. As for Nguyen and Magic Cup Café, revenue during the pandemic also went up, despite having reduced operating hours and fewer employees.

Besides the obvious adaptations such as Plexiglas over the counter, new delivery and curbside services, and pop-up events, both businesses adapted their menus as well. Gallon and half-sizes were made available to reduce trips out to buy tea, and some items were removed to consolidate menus for both franchises.

“For us, during that time of March to May, that boosted a lot of — like 20 to 30 percent of my revenues, releasing whole item gallon sizes,” Nguyen said.

Overall, boba has proven to prevail in the pandemic, with its Google search term history showing a spike in searches over the last few months.

“We have one location take a pretty significant dip sales-wise, but the other three stores were able to maintain their sales,” Pham said. “And in some cases we even beat sales from last year in the pandemic, which was quite a feat.”

Kicking off the Sunday shoes