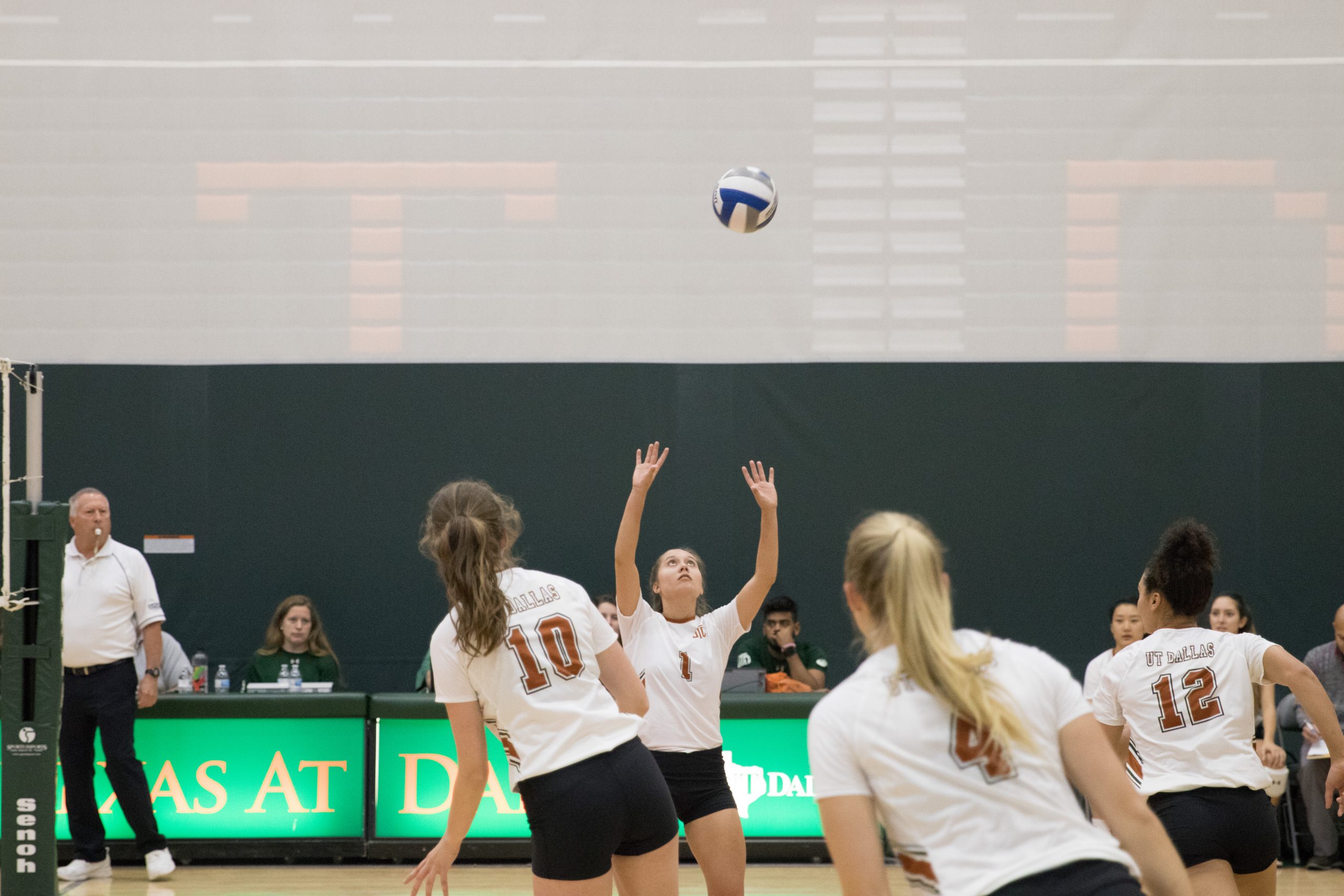 Women’s volleyball is the only team yet to resume practices. From the Mercury Archives

While fall sports were officially cancelled, the American Southwest Conference (ASC) has released schedules for student-athletes to play a consolation season in the spring.

The ASC announced the new season schedules for women’s volleyball, as well as both men’s and women’s soccer and cross country on Aug. 31. Given the challenges brought on by the ongoing pandemic, the ASC seasons for these fall sports have been postponed to the spring semester, where they will likely play alongside regularly scheduled spring sports. While the NCAA has cancelled their intercollegiate championships for all fall sports, fans will still be able to follow UTD’s fall sports in their race for the regional championship this spring – a race in which Comets on the women’s volleyball and men’s soccer and cross-country teams seek to defend their titles.

With the starting dates for winter sports rapidly approaching, ASC has their hands full. Marci Allison, head coach for women’s volleyball, said that the Conference has yet to decide whether or not they will postpone the schedule for winter sports. If they do choose to maintain the regular schedule — which usually begins in November — a whole set of pandemic procedures must be established on very short notice. Allison also said that if winter sports are allowed to proceed, the volleyball team would look towards basketball protocols to get an idea for what their precautions should look like.

Despite the uncertainty surrounding how competitions will function, UTD’s student-athletes are now getting back to practice. Women’s soccer head coach Kanute Drugan said that his team –which resumed practice on September 8th – will be easing into a full-intensity regimen over the course of the semester in a five-phase process including extensive measures for COVID safety.

“We split the entire team up into three groups, and they’re each practicing simultaneously on a different one of UTD’s three fields,” Drugan said. “The girls are also social distancing while on the field, as well as wearing masks at all times. We’re screening everybody, every day – all coaches, all players and anyone tangentially related. And right now, we’re only doing skill development exercises. Phase one has no classroom sessions, scrimmaging or competitive drills.”

Men’s soccer began practice under the same phased approach on September 14th. After two weeks, they may be allowed to expand their groups slightly, but Drugan said that the pace at which the teams move between the phases will be dictated not just by timeframe but also by screening, testing and monitoring results.

Cross country head coach Danielle Kcholi said that both the men’s and women’s cross country teams are just entering phase two, with slightly larger group sizes. Similar to the soccer teams, they have been splitting into practice subgroups, focusing on socially-distanced drills and avoiding physical contact. While the athletes do not wear masks while running, they do at all times during drills, stretching and calisthenics. Furthermore, the cross-country team has replaced all practice races with individual time-trials in order to prevent accidental contact on the course. Finally, Kcholi said she has been encouraging the runners to self-isolate from non-teammates outside of practice.

“We call it extreme team-building,” Kcholi said. “Ultimately, we’re just taking everything day-by-day; (the athletes) are handling it all really well. I’m impressed.”

The women’s volleyball team stands alone in having not yet resumed practice, although Allison said that they’re looking to do so soon.

“They’re anxious to get back on the court. The team unanimously voted to get back on the floor with the understanding that (practice) is going to look different, a product of the new normal,” Allison said. “Tentatively, we would be starting practices towards the end of September. Then, two weeks before all of these students go back home (for the semester), they would be ending on-court practices and continuing with strength conditioning from there.”

Men’s soccer head coach Jacob Hirsch said that what the university and ASC have done to postpone the season but still give players chances to play games in spring is a nice compromise.

“It would have been very easy to say that ‘this thing is bigger than sports, let’s just cancel,’ and nobody would have blamed them,” Hirsch said. “But by giving us more flexibility to instead play in the spring, the players have something to look forward to.”