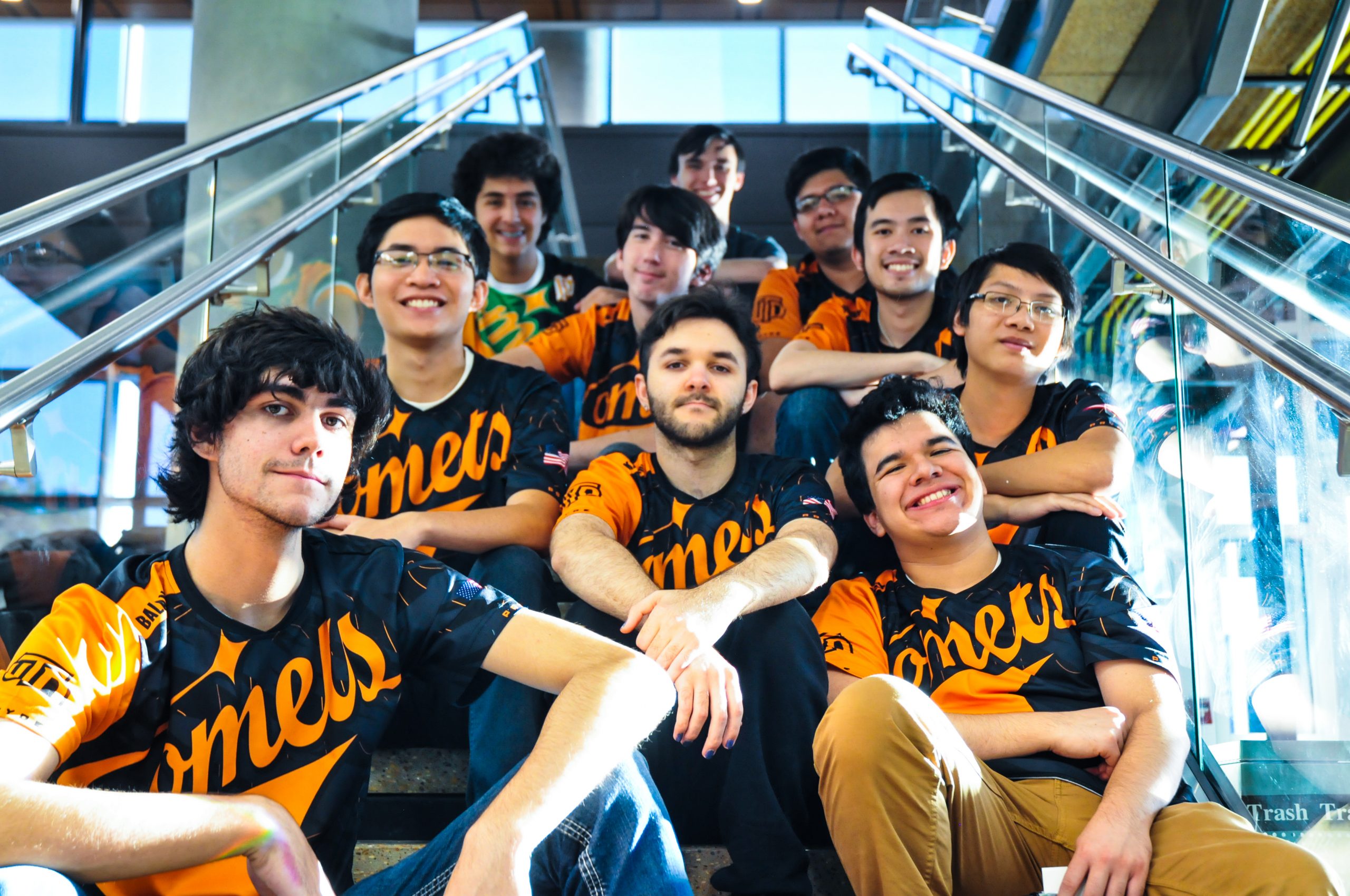 On Aug. 28, Sept. 4 and Sept. 11, Comet Esports conducted a series of singles tournaments, with about 30 players participating, to scout out and recruit new talent for the Smash team. Normally, the team uses recent tournament results to gauge the potential of prospects, but due to the ongoing pandemic, nearly all of the recent offline events were cancelled. Without these results to evaluate players, head coach Chaynen “Sun” Casas said that their own tournaments served as a replacement to those tournaments and became the first stepping stone in this year’s tryout process.

“Obviously, we’re not expecting super amazing players right off the bat. It would be great if we do find those because then it would make our jobs easier,” Sun said. “But we’re going into it with the mindset of finding people we see and we feel that we can develop into being heavy hitters in the future if they aren’t already.”

Not only is the team looking for good players, Sun said, but also ones that fit the team well. On the outside, competitive “Super Smash Brothers Ultimate” is all about the one vs. one fight. However, the team competes in a format called crew battles, where all the stocks are shared between teammates. In practice, this means there are three types of players on the team: starters, anchors and counter-picks.

“The starter is someone who has a really good matchup spread and can typically go into anyone. The anchor is not our best player, but if we’re behind and we need someone to carry us out of a bad spot and bring home the ‘W’ that’s typically what the anchor does,” Sun said. “Counter-picks revolve a lot around matchmaking. We have to do a lot of scouting (…) and then see what we’re going to struggle with going into that, and then have people specifically prepped to target and eliminate problem opponents that we might come across.”

Though the roles are generally flexible, there is always a dedicated starter. After the starter plays, it’s up to the team to decide who to play next ­– whether it be an early anchor or counter-pick – in fights with the other team. Right now, Sun says that the team is looking for another counter-pick player.

“Our main goal, if we get exactly what we want, is a really young prospect, preferably someone in freshman or sophomore year,” Sun said. “That way they have time to develop. And then by the time all these already established members graduate and move on, we would leave behind someone who was tested and developed and ready to be the new leader of the next iteration of the team.”

The recruitment tournaments also serve to test prospective players’ ability to play online. Unlike other video games, most major Smash events were held offline prior to the pandemic. With the addition of online latency, however, the meta is shifted in comparison to offline play, where network travel isn’t in play.

“It’s going to be an interesting ride considering this is going to be the first time we’re having a competitive format go online. I know other games, they’re online typically and they’re used to this kind of environment; but for fighting games, especially for Smash in general, having a competitive online format is new to us,” Sun said. “It’s a new experience and we’re all excited to learn and see how it turns out.”

On the front lines