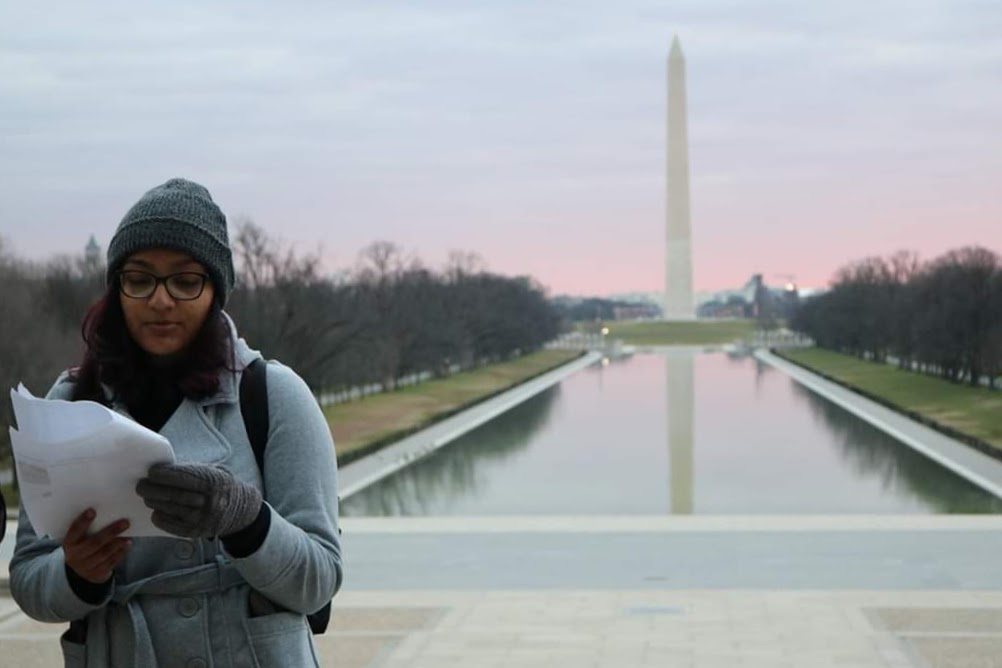 The Archer fellowship is a program that gives UT System students an opportunity to spend a semester in Washington D.C. This year, due to COVID-19, the program has gone virtual for the first time.

Archer Fellows intern at various organizations in D.C. while taking political science coursework over the course of a semester. Previous fellows have interned at prominent think tanks, government agencies and non-profits. Sophomores and juniors who have an interest in public policy are encouraged to apply by the Feb. 15 deadline. By March, students are selected for interviews, and by April, students selected to participate in the program are notified.

Neuroscience and economics senior Nikitha Vicas was one of the 48 students selected for the Spring 2020 cohort, and one of the nine selected from UTD. She plans on going to medical school after graduating and wanted to use the opportunity to explore the intersection of public health and policy. Vicas said that her cohort moved to D.C. in early January and began taking two weeks of classes from nine to five every day.

“Our internships counted as six-hour credit classes, so in total we were taking 15 hours of credit, just like a normal semester,” Vicas said. “I interned at the White House Council of Economic Advisors. I was pre-med and I’m still really interested in it, but now I’m interested in policy. I thought I would go to med school, but now I don’t know. D.C. has an incredible energy, and I want to go back there to do more policy work.”

At the end of February, the Archer Center began preparing emergency kits for the Archer Fellows and began discussions with UT Dallas and UT System leadership about program modifications. On March 18, in response to direction from UTD President Richard Benson and UT System Chancellor Milliken and given mounting concerns about the health and safety of Archer Fellows, the Archer Center mobilized to ensure that students departed D.C. to return to their homes by March 22.  Public policy senior Roma Venkateswaran was teleworking her Liberal Democracy and Political Economy internship at Brookings Institute when she was told she needed to move out.

“I live in Maryland, so I just drove home. Classes were almost over anyways, and I am doing the rest of my internship online,” Venkateswaran said. “One of the big parts of my role was planning events and even though there has been a transition to online events, there’s not as much to do compared to planning physical events. I would make social media drafts, do fact-checking, research and just other administrative stuff. I can still do a lot of my responsibilities virtually.”

Vicas was not as lucky. Her internship was cancelled the same week she was told to leave D.C.

“The work I did was highly protected. You could only have access to the data if you were onsite, so there was no chance of me getting my internship extended. All the interns were let go,” Vicas said. “I’ll still get credit for it because I was let go because of COVID-19. I really miss hanging out with all the other fellows. When you’re in Archer, you’re always busy. Either you’re working 40-plus hours for your internship, or you’re in class in the evenings or you’re out sightseeing. Now I’m quarantining at home and doing all my classes on Zoom. There’s a huge difference. I miss living in the city.”

“Some students who miss living in D.C. have Archer hangouts on Zoom outside of class, but it definitely doesn’t feel the same. It’s harder to focus when I’m sitting in my room at home,” Venkateswaran said. “The semester is wrapping up before the end of April. We have to turn in essays and assignments for our grades instead of the normal work.”

Michelle Chin, professor of policymaking and the academic director for the Archer Center, said in an email statement that the transition to virtual classes began on March 12 and fellows have now completed all coursework.

The program concluded on April 25, with a virtual graduation ceremony on April 23. The UT system has not yet made a decision on the Fall 2020 Archer Fellowship Program, but the Selection Advisory Committee has completed interviews with all of the undergraduate candidates for the 2020-2021 academic year, Chin said.

“We conducted many of our candidate interviews virtually this year through Zoom video conference and plan to notify prospective Archer Fellows of their admissions decision in the first week of May,” Chin said. “We have not made a final decision about programming for the Fall 2020 Archer Fellowship Program, but the Archer Center does have the capacity to go fully virtual for our programs, including remote internships and networking opportunities.”

Sara Brennan, a finance junior who applied to the program this year, said she is willing to go even if it becomes fully virtual.

“I applied for the Spring 2021 cohort. Even if it’s still virtual by then, I still think it’d be a great opportunity. If I could manage it, I’d be open to it,” Brennan said. “It’s a prestigious program, and I think it would be cool to get the experience of interning and learning in D.C.”

Economics graduate student and former Archer fellow Jack Sollows had his internship with a government agency delayed because of the 2019 government shutdown. He said that the Archer Center helped affected students look for alternate internships and supported him until he was able to start interning. Vicas had a similarly positive experience with the Archer Center at the time.

“Before we knew we had to leave, there were those couple of days when a lot of internships were going virtual or cancelled. A lot of us were staying in our housing more, and every single day someone from the Archer Center would come over with boxes and boxes of food to feed us for like 20 years and just talk to us about our concerns,” Vicas said. “Obviously the situation wasn’t ideal. I think getting like four days to say goodbye to D.C. and say goodbye to the idea of being in D.C. for Archer was really difficult, but the Archer Center was really considerate to us and really helped us transition effectively through that.”