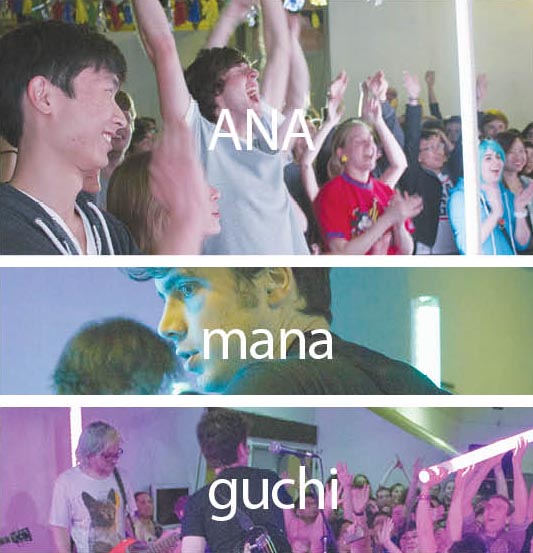 For one last hurrah, the Spring Blowout Bash featuring Anamanaguchi marked a milestone for the university and its students. Hosted by Radio UTD with support from the other Student Media organizations, the April 17 show was the first concert played in the Visual Arts Building in recent memory. Anamanaguchi immediately became one of the most thrilling performances to ever come to the campus.

For those not acquainted with the chiptune and electronic band, Anamanaguchi is the composer of “Scott Pilgrim vs. the World: The Game” soundtrack, numerous albums and EPs, and is the first band to ever send a pizza into space. Due to the rain that evening, the venue was relocated from the Plinth to the more intimate, but equally raucous Art Barn, where hundreds of students packed in to dance, mosh and crowd surf in one of the most unexpectedly high-energy events that has ever taken place on campus.

Openers Nite invigorated the audience with the Denton duo’s lively fusion of synth-laced indie rock and electronic music, warming the crowd up for the main attraction. Anamanaguchi only served to elevate the spirits of the audience, as a projector flashed images of video games and 8-bit action, and the band rocked the crowd with its brand of 8-bit math-rock and furious guitar work.

Anamanguchi’s set was satisfying in length, and the band fulfilled its mission of supplying energetic feeling to the crowd and dopamine to the brain during the forty-minute show. Almost all of Anamanaguchi’s songs are high energy, so this was no easy feat, but the crowd was in an ecstatic mood that night and the band’s inimitable style was all they needed.

Big fans may have noticed that the band’s most iconic song, “Endless Fantasy,” wasn’t played, nor was the easily recognizable material from the “Scott Pilgrim” soundtrack. With all that said, the Anamanaguchi concert was still an amazing way to end the semester. It created an atmosphere unique to UTD with a stellar music scene, letting loose the inner band fan that we normally wouldn’t know existed.

Before the show, Radio UTD sat down with Anamanaguchi to discuss chiptune music, venues and upcoming shows

Radio UTD: If you had a secret room in your house, accessible by a bookshelf, which book would be the key to open it?

Pete: First of all, definitely want a secret room. As soon as I get a house someday, secret room definitely happening. The book? That’s a good question, dude. I’ll go last. I bet Luke knows, Luke thought about this.

Luke: I don’t know yet, give me a second here. So it can’t be the book you’d least expect, cause obviously that’s going to make it the one you most expect; it can’t just be labeled ‘Secret Door.’ Let’s go with “Our Man in Havana” by Graham Green.

Pete: I’ve got my answer!

James: I’d go with “Sisterhood of the Traveling Pants.”

Pete: I’d go with a DVD, because it would be a DVD shelf. It would be “Ace Ventura.” The reason being, if you pick that movie out of my DVD collection, you can come in my secret room and we’ll watch it.

Radio UTD: If you had a 3-D printer, what’s the first thing you would print?

Radio UTD: Oh, do you? What was the first thing you printed then?

Ary: You haven’t been in my secret room yet.

Pete: I’d print little action figures of all of us so I can stage conversations I want to have with the band before I have them you know? Prep myself up for big talks.

James: I think we’d all have to agree with that.

Luke: We’re all nervous individually; the only way this band functions is if we do a lot of pre-production, individually.

Radio UTD: What size venues do you guys like playing the most?

James: It comes down to the audience having a good time, and as long as they are, we are.

Radio UTD: Do you guys think you’ll ever veer away from the chiptune sound?

Pete: Even the very beginning, we’ve never done pure chiptune because of the guitars and drums, but we’ve started blending in a bunch of different sounds. It’s pretty much whatever we like. We have, like I said, no attention span at all so we’ll do what we like and it’ll probably be a little chippy.

Luke: Ideally, you’d always be able to tell what an Anamanaguchi song is whether or not its chip or not because, while it’s an important thing, that’s not what makes us … us.

Radio UTD: What do you guys have coming up this year?

Pete: Gmail Fest is coming up.

Pete: We’re playing at the Nestle Crunch Bar Arena with Shaq live DJing as Kazam. We also have that Shark Tank thing that we’re doing.

Luke: We’re going to be on an upcoming episode of Shark Tank.

To read the rest of the interview, head over to RadioUTD.com. 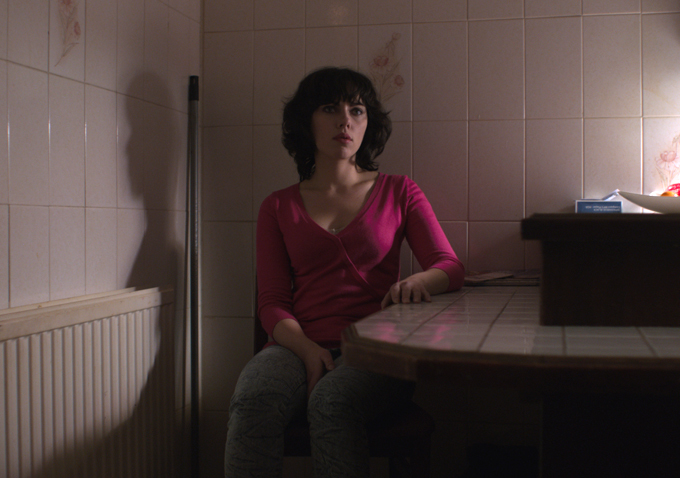