Academic dishonesty in a virtual world

Limitations of online classes, testing has led to more cases of academic dishonesty 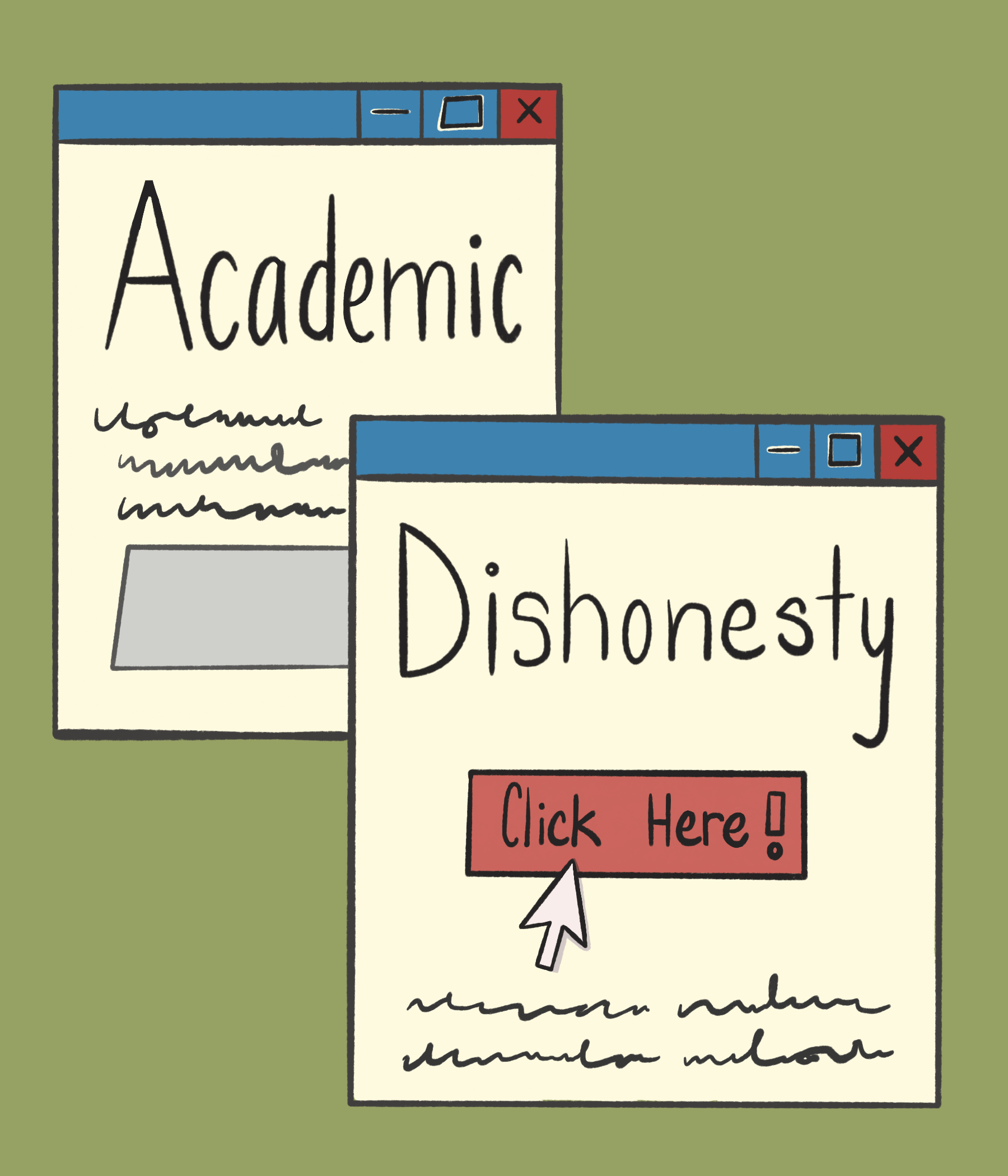 The number of academic dishonesty cases is higher this semester than previous semesters, raising concerns on whether academic misconduct has increased due to the virtual format.

Office of Community Standards and Conduct Director Brooke Everette said that the OCSC has had 131 cases this year so far, in comparison to just 83 cases around this time of year in 2019.

Everett said that academic dishonesty cases reported to the OCSC can take anywhere from two weeks to a few months to resolve, with the most extended case running since last spring. If a student accepts responsibility during their initial meeting with the OCSC, the process ends there. But if a student decides to appeal their case, the process is extended. Another component that may make the process longer is if a case involves a website like Chegg.

“If a professor can demonstrate that what is on [Chegg] is directly from an exam that they gave, then Chegg will investigate that and provide our office or the professor with IP addresses, account information and names for everyone that visited that website,” Everette said. “So now what usually would’ve taken two or three days for the student to turn around and provide us that information is taking six to eight weeks or even longer for us to investigate.”

A student accused of academic dishonesty may request a hearing with the discipline committee to appeal the OCSC’s decision on their case. Of the 131 cases made this semester, Everette said that 15 have gone to hearings. All hearings have been done via Microsoft Teams due to the pandemic.

“[The student] would go to this formal hearing, their professor would go, any relevant witnesses would be invited to come,” Everette said. “The cases are presented in front of an impartial panel, and it’s their responsibility to determine if they feel like the student violated the Student Code of Conduct, and if so, what appropriate sanctions the student [should] receive.”

Revisions were made to the Student Code of Conduct’s academic misconduct portion in June. The revisions state that if a student disagrees with the discipline committee’s decision on their case, they can appeal to the Vice President of Student Affairs, Gene Fitch, up to seven business days after they are informed of the decision.

“If [students] cheat during an examination, while they may get a good grade for that assignment, they are interfering with their ability to give them the accurate feedback,” said speaker of the Academic Senate Ravi Prakash. “So, you will be hurting yourself, and you will be hurting the reputation of the university, which ultimately will come to hurt your employment prospects and long-term prospects.”

In a recent email to her class, mathematical science lecturer Manjula Foley said that Honorlock flagged 20 students for reading questions out loud to themselves during an exam. Foley reported these students to the OCSC for academic dishonesty.

“We see the entire recording of your face and your screen – every word you say and people around you say,” Foley said. “We also get a typed transcript of your words. So, if you discussed the exam, we can see it and hear it.”

There are mixed opinions on the effectiveness of accusations like those from Foley. ITS sophomore Daniel Terenyi said that accusing students of academic misconduct for reading questions aloud during exams is disadvantageous for students like himself who have ADHD and may read questions aloud to better process their thoughts. Terenyi said that it’s common for students with ADHD to experience a heightened sense of anxiety while testing and the added stress of worrying about Honorlock flagging them doesn’t help.

“Having ADHD is like having a cloud of bees over your head,” said Terenyi. “Each bee is a thought, and you can only catch one at a time. You get anxious because your time is running out or you’re distracted, and you’re worried about being distracted, and then you can’t even focus on the problem. It’s like a whole snowball effect. Teachers don’t understand what these students are going through unless they have the condition themselves.”

Associate professor of sociology Bobby Alexander said that UTD is approaching academic misconduct in the wrong way and that focusing on it and its punishment, especially during this virtual time, can be damaging to a student’s self-esteem and self-confidence.

“Putting such an emphasis on academic dishonesty and punishing it undercuts students’ beliefs in themselves as people with intellect and people who care,” Alexander said. “It can even impact some students as a guilty until proven innocent accusation. We are a diverse community. I don’t doubt that students who use their minds and people who care will continue to use their minds and care.”

When it comes to the consequences of academic misconduct, Everette said that she wants students to view it as educational rather than adversarial.

“You need to be held accountable for what you did, but we’re not trying to fail you or ruin your life,” Everette said. “This should be an educational experience for students. We hope that they can understand that.”