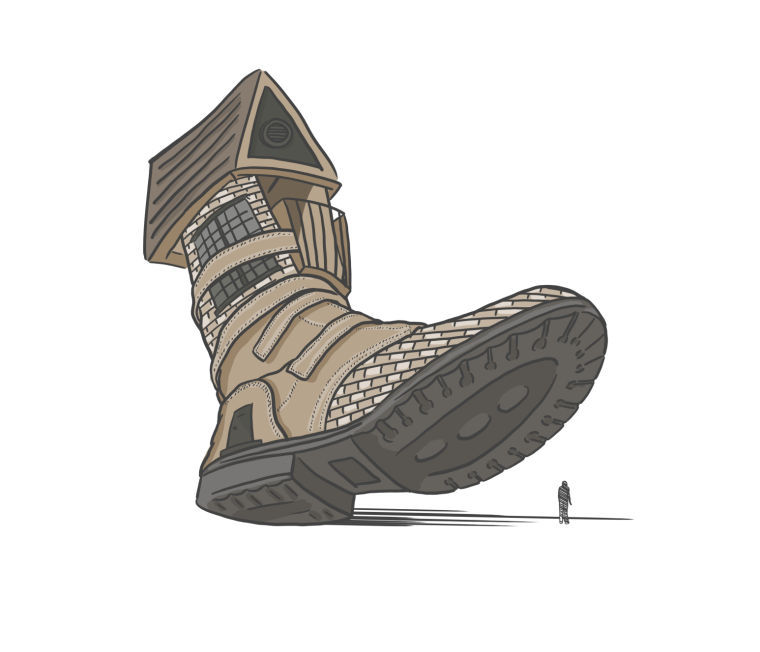 Since the university bought Waterview Park in July 2013, residents in former Waterview, or Phases I–IV, have had to adjust to several changes.

While some have been welcome, including the waiver of the water utility fee and the inclusion of free Internet and cable TV at the same price, the recent hike in rents effective August 2014 wasn’t one of them.

Under Waterview management, residents were informed of rent hikes well in advance, when they circulated renewal forms in early December each year. These forms would clearly state how much the rent would be for the following year, and students could make an informed decision based on how much they would have to pay.

With the new UV management, residents in Phases I-IV were required to sign an intent to renew form in early December but were informed of the rent hike in late February when they went in to sign the lease.

As a result, despite signing the intent to renew form, business administration junior Michael Matthews and his roommate, who currently live in a two-bedroom two-bathroom apartment in Phase III, chose to not sign the lease and move off campus for 2014-15 instead.

Had UV notified students of a potential rent increase, at least in the cases where the hike was significant like Matthews’ rent, which went up by $60 a month, he might have felt better prepared to deal with the additional expense, he said.

However, rent amounts for UV need to be approved by the UT System Board of Regents, and the rates had not been approved in December when the intent to renew forms were required, said Matt Grief, assistant vice president for Student Affairs.

The intent to renew forms stated that the rents for the 2014-15 had not yet been approved, which Grief said was indication that rents would go up.

This year might have been an exception for residents of Phases V-IX, whose rent costs did not increase, but each year, UV rents go up by between four and 10 percent.

UV management did not foresee the need to communicate the process to the residents of Phases I-IV, who were expecting to be informed of rent hikes at the time of signing the intent to renew, which is why residents in former Waterview Park might have had a problem this time, Grief said.

Where will all the money go?

Rents went up for all apartments in Phases I–IV, although not uniformly. The A3 and B3 floor plans, which saw 9 and 10 percent rent increases respectively, are similar to the single- and two-bedroom apartments in Phases V-VII. The purpose of the rent hike was to make these floor plans equally priced in all the phases, Grief said.

The other two-bedroom floor plans in Phases I-IV saw a hike of about 7.5 percent, while rents of other single-bedroom apartments went up by 5 percent. The four-bedroom units and the studio apartments saw a comparatively smaller hike of 4.3 percent.

“Honestly, for me, the $20 wasn’t that big of a deal because it’s more of a hassle to go and find a new place to live and move out all my stuff and find new roommates, but I know some of the two bedroom ones increased (by a lot),” said Victoria Alperovich, a finance and accounting sophomore living in a four-bedroom apartment in Phase III.

The substantial increase in rents for these apartments is due to the large-scale maintenance work worth $2 million that started just after the Waterview Park buyout in July 2013, and will continue for at least another two years, Grief said.

Of the $2 million, $600,000 will be invested toward replacing and fitting all apartments with new appliances similar to what the apartments in Phases V–IX already have, Grief said.

These appliances will include installing microwaves in all apartments in Phases I-IV and replacing the ovens, stoves, washers, dryers and dishwashers. Water heaters in Phase I apartments will also be replaced, he said, and laundry facilities in Phase I have already been upgraded as part of the ongoing maintenance.

In addition, many of the apartments will have rooms re-carpeted and repainted, bathrooms upgraded and countertops resurfaced.

“We want to have quality housing for everybody, so we’re trying to equalize as much as possible,” Grief said.

There are also some major problems with the buildings in these phases, partly due to age, including foundation issues and ground repairs that are being fixed, Grief said. The Phase III pool had leaks which maintenance crew noticed right after the buyout, and have since been fixed.

“Those are the things that we have built into costs for years in phases V-IX,” Grief said.  “As we move into (Phases) I-IV, we know there are significantly more issues that we need to address, and we’re trying to address as many of those right now as we can.”

UV will replace appliances in some of the apartments beginning March 16 but it will be two years before all the 696 apartments are completed, he said.

Apartments that had the biggest rent hikes will have their appliances upgraded first to be consistent with the apartments in Phases V-VII. Residents will not have to move out while the work is being done, and will be notified well in advance of the date and time when maintenance crews will be in, Grief said.

Meanwhile, locks for all the apartments have been replaced to ensure a common locking system for apartments, and locks have been installed on individual bedroom doors to ensure privacy, he said.

Both Matthews and Alperovich, however, said they hadn’t been made aware of the exact date and time for the lock replacements, although they had been notified of the week that the locks would be replaced.

While on his way back from work, Matthew was notified one day that he needed to pick up his new key or he wouldn’t be able to enter his apartment. Alperovich said she suddenly woke up one morning, startled by maintenance crew changing her bedroom locks.

Grief said it is impossible for UV to specify the exact time when lock replacement crews are in because some apartment and bedroom doors need more drilling work than others, and sometimes the doors need to be replaced as well.

Residents were given only one non-duplicable key for each door unlike in the past when Waterview management provided two keys, and the penalty for losing a key will be $75, as maintenance will have to switch out the locks for safety purposes, Grief said.

Pest control facilities will continue to be made available to residents free of cost.

“Our preventative maintenance program is top notch,” Grief said. “We’re in there a lot. We’re in there repairing things that students don’t typically see … Our goal is to move forward and get these (apartments) into top condition.”

One of the ways in which Phases V–IX differ from the former Waterview Park apartments is in the way the resident community is managed. Starting fall 2014, each of the apartments in Phases I–IV will have a peer advisor, just like in the rest of the apartments and in University Commons, or the residence halls, said Katie Truesdale, SG residential affairs chair.

“It’ll be a very positive thing for them, I believe, because we hear a lot of roommate complaints from apartments over in that area where if you had a formal roommate agreement or roommate mediator, it would be very beneficial,” she said.

The Phase I club house, which is currently being used for storage, will be converted into the Center for Students in Recovery, because it provides a discreet location for students to meet and discuss their drug and alcohol problems.

Meanwhile, rent in the Commons has also gone up by nearly 4 percent, Truesdale said, to partly compensate for the facilities that will be provided in the fifth residence hall that includes a dining hall and a gym for Commons residents.

Some parking spots in the second parking garage will be reserved for Commons residents, Truesdale said, while a third parking garage is in the works that will only have resident parking.

For Alperovich, moving out was a bigger price to pay than the additional $200 she’ll be paying to live on campus next year.

But for Matthews, the search for an off-campus apartment is still on.

Matthews had moved to former Waterview Park to avoid living in UV because he had found their management poor while he stayed in the Commons his freshman year, he said.

“I honestly don’t think (the increase is) terrible,” he said. “I was just at that point where I was not happy with UV and the way they went about (the renewal). They should have definitely given us more notice before renewal, but fortunately the intent to renew was not binding.”

The rent hike was required in order for residents to enjoy quality living on campus, Truesdale said, and most students who had problems with the rent increase initially were alright with it once they knew why they were going up.

For most residents who will live in the 714 units that saw a $20-40 hike, the increase was not much greater than what they were paying Waterview Park when the water utility charge was an additional $15 more than UV’s current rate, Grief said.

“We’ve always prided ourselves in improving campus housing and we can’t improve it without a good budget number to make those changes,” he said.  “We’ve always made a significant investment since I’ve been here in upgrades and making sure the students have quality housing and that’s our goal — quality housing for all our students — and that’s the major reason why we’ve increased the rents the way we have.”