What it means to defund the police 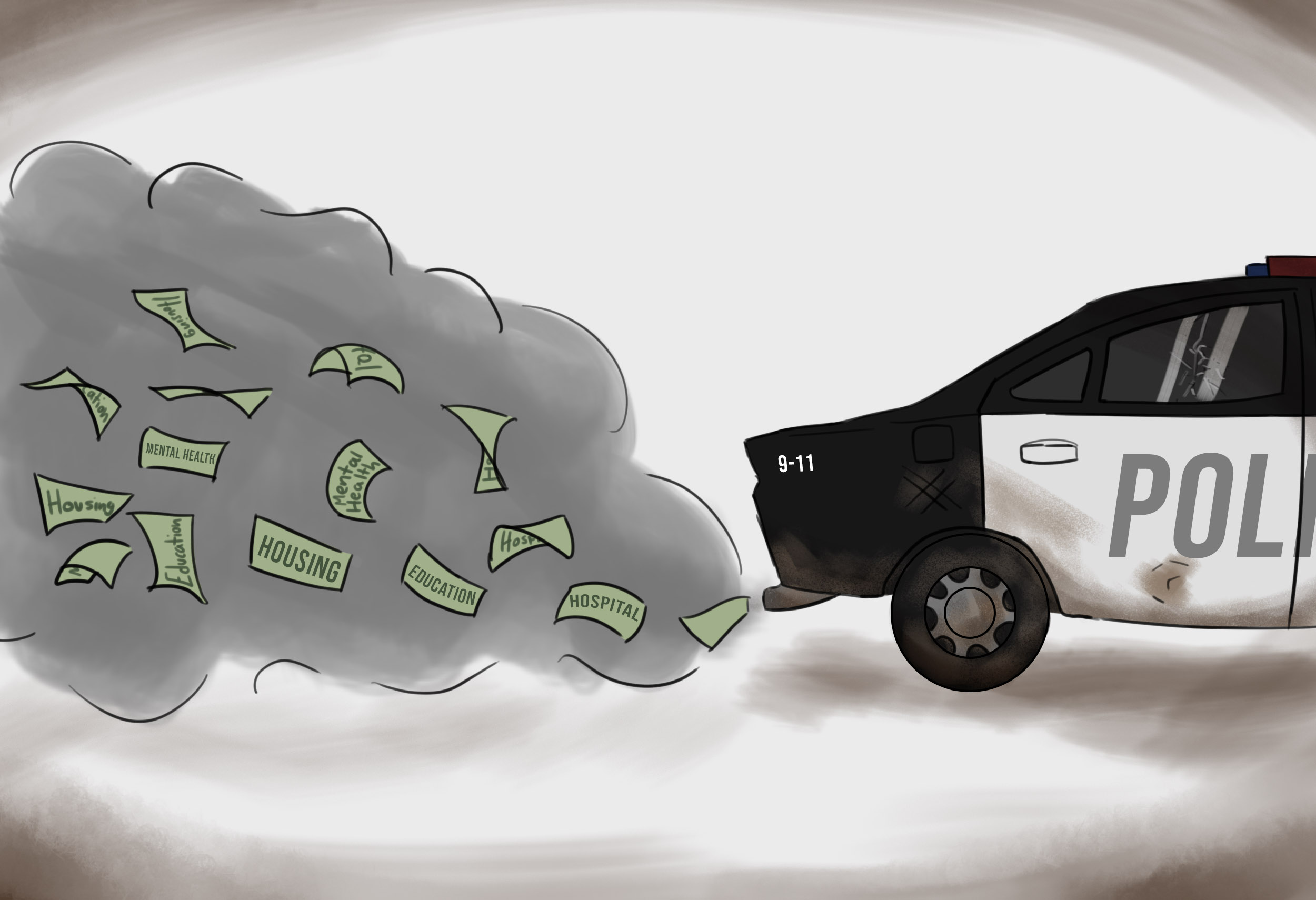 If you have so much as opened a social media app this past month, you have surely been met with Instagram stories and tweets with phrases such as “defund the police” and “police abolition”. Your gut instinct may be to ask “won’t crime rates increase?” and “how can society function without the police?”

These phrases can feel intimidating at first without understanding what they really mean. It is important to realize that law enforcement in this country has hurt and criminalized Black communities for years and this problem is deeply systemic. Defunding the police and reallocating this money to address housing, mental health services and poverty will reduce contact between the public and the police, thus decreasing occurrences of police brutality, while also attempting to fix underlying causes of crime.

To understand why this radical reform of defunding the police is necessary, we need to recognize that police brutality and the criminalization of Black people is inherently systemic. During Nixon’s presidency, in order to quell backlash against segregation laws, Nixon began the war on drugs which put thousands, mostly Black people, in prison for minor, nonviolent offenses such as possession of marijuana. In fact, Nixon’s advisor John Ehrilichman stated that that the war on drugs was about throwing Black people in jail. Ehrilichman further stated that the administration knew by getting the public to link possession of drugs to Black communities, they were essentially allowing the police to mass incarcerate Black people for petty crimes. This was achieved as the racial disparity between Black and White incarceration rates was about 58.7% in 1970. In 1986 this number grew three-fold reflecting the dramatically high rates of incarceration among African Americans that emerged with the overall growth of the incarceration rate. This racist mentality has survived within the system for years and is what makes the criminalization of Black people systemic and lasting even today.

Therefore, in order to fix the system that has failed its Black citizens, we are calling for something more radical than just minor reforms in the police system which ultimately still leads to violent deaths as seen with the recent cases of George Floyd, Breonna Taylor and many more. The only way to solve a systemic issue is to substantially decrease our reliance on that system — which is where defunding comes in.

Jenn Jackson, a political scientist at Syracuse University, says defunding the police means to “not rely on anti-Black, white supremacist institutions of order to regulate society” but rather to reallocate money set aside for the police to “community care networks and justice structures rooted in restoration rather than punishment.” To put into perspective, in 2018-2019 the total planned budget for the Dallas Police Department was $482,419,093 while the budget for Human and Social Needs, which includes the Office for Homeless Solutions and Community Care, was about $18,213,410 for the same year. Defunding the police entails that this money is reallocated to programs that connect people “to more helpful services such as job training, counseling, and violence prevention programs” as Paige Fernandez a policy advisor for the American Civil Liberties Union said.

By enforcing laws that criminalize poverty and arresting people for minor non-violent crimes such as drug possession, the police are taking on a role that could be better handled by other institutions. Some institutions include the National Alliance to End Homelessness, crisis hotlines or directly to a city’s social needs budget that deals with poverty and human rights issues. From responding to people who are homeless to people who are in a mental health crisis, if we better support programs that address these causes, we could prevent problems like these from developing in the first place — thus heavily decreasing our need for the police. Dallas police officer David Brown admits that the police are expected to solve “every societal failure” and that “policing was never meant to solve all those problems.” By defunding and reallocating, the police can be better trained to solve specific issues such as aggravated assault, while professional organizations can address deeper societal issues like homelessness and domestic abuse.

In 2018, law enforcement nationwide made about 10.3 million arrests: 521,000 were for violent crimes, and 1.17 million were for property crimes (arson, larceny, etc). That means that violent and property crimes combined made up only 16.4% of all arrests two years ago. Defunding the police and investing in organizations that exist to address the other 83.6% of crimes will increase public safety as structures are built to prevent and resolve these crimes. This decreases the societal need for police to protect public safety considerably.

Defunding the police is important because it recognizes and dismantles America’s use of legal, state-issued coercion and violence to control Black bodies. Recently, Minneapolis took a step forward by announcing that they intend to defund the city’s police department after the death of George Floyd. However, to gain traction on this idea, we need to be educating ourselves on topics such as police violence in Black communities while also making an effort to speak to family and friends about the importance of the Black Lives Matter movement and why defunding the police is essential for the safety of Black Americans. As part of a diverse campus at UTD, it is our duty to ensure that UTD organizations are taking a stand against police brutality and that we are creating a safe space for Black students on campus.  Let’s help re-frame the idea of defunding the police from a left-wing fantasy to a pragmatic approach to police reform in the United States.