’You are welcome here’ 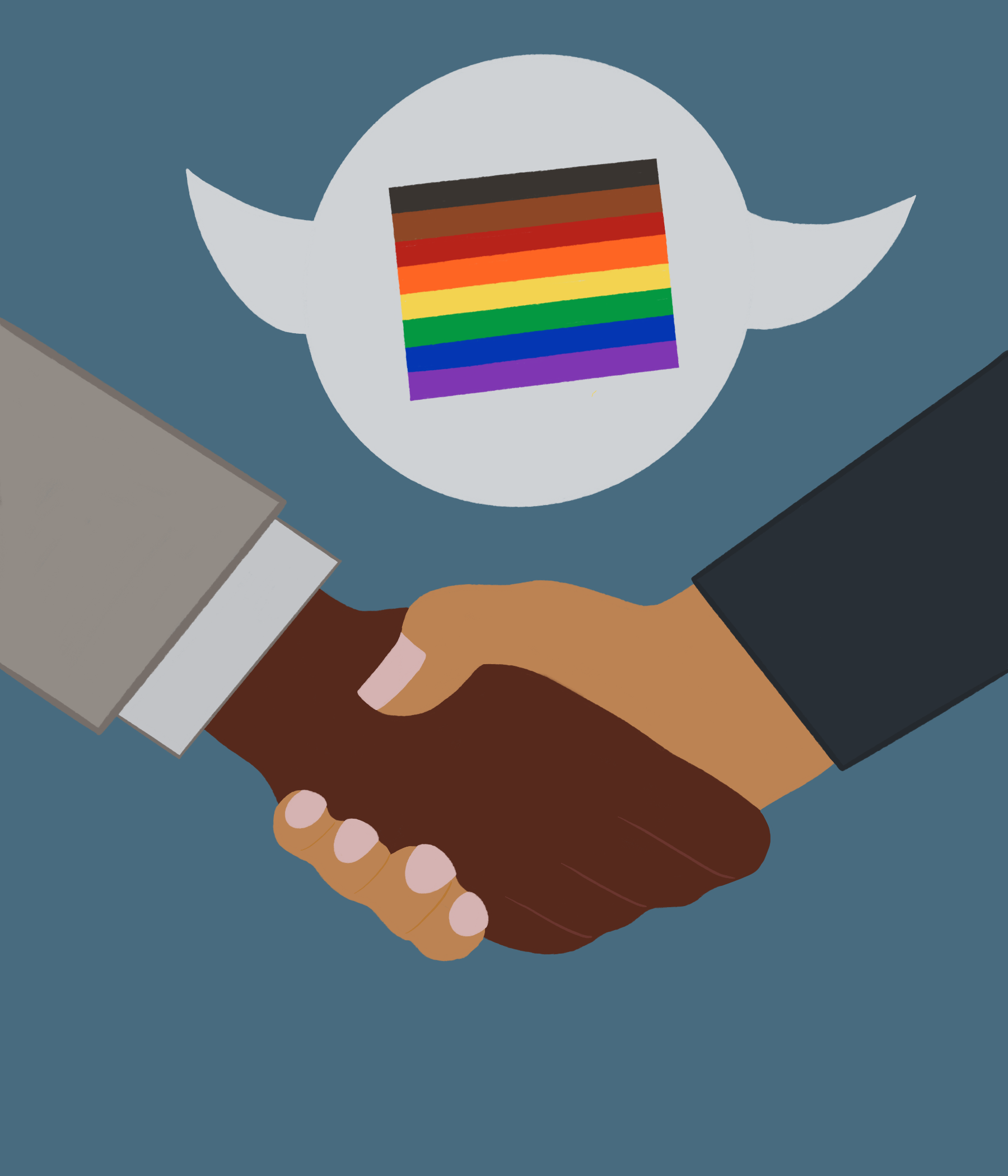 Members of the UTD LGBTQ+ community weigh in on the continuing discrimination in the workplace, including gender-based dress codes, shortened parental leave and limited representation.

On June 15, 2020, the Supreme Court ruled that the Civil Rights Act of 1964 protected members of the LGBTQ+ community in the workplace. This ruling made it illegal for employers to fire an individual based on their sexual orientation or gender identity. With recent and pending rulings regarding the Equality Act, students in UTD’s oSTEM – an organization for LGBTQ+ students pursuing STEM fields – discussed common concerns for the LGBTQ+ community in the workplace.

Danielle Hope Griswold-Wheeler, social media manager of UTD’s oSTEM, said there was a recent example of LGBTQ+ workplace discrimination in Michigan. Aimee Stephens, a transgender woman and funeral home director, was fired from Harris Funeral Homes in Michigan because she wore a conservative skirt to work after transitioning into a woman.

“You can’t fire someone based on specific reasons such as gender identification, but at-will employment defines that you can basically come up with any superfluous reason to fire someone,” Griswold-Wheeler said. “It’s 2021. Why are we still forcing women to wear pencil skirts to work and men to wear suits?”

With at-will employment, an employee is not under an employment contract and may be dismissed for any reason – except an illegal reason – at any given time. The Supreme Court has not specified whether employers can fire someone or refuse to offer their services to an individual for religious reasons.

Another concern for LGBTQ+ people in the workplace is parental leave. Male couples receive dramatically less paid parental leave than heterosexual or female couples. This may not allow same-sex male parents enough time to bond with their children and could make it harder for them to financially support their families.

According to the 2015 U.S. Transgender Survey Report, 27 percent of transgender and gender non-conforming people in Texas reported having been denied a promotion, fired or not considered for a job solely because of their gender identity. In addition, fifteen percent of respondents reported being verbally or physically abused or sexually harassed in the workplace due to their gender identity.

The Higher Education Research Institute also conducted a study revealing a statistically significant difference in retention in STEM fields between LGBTQ+ individuals and heterosexual individuals, suggesting that LGBTQ+ representation and retention in these fields were lower due to workplace environments.

Alexander Xavier, a biology junior and member of oSTEM, said there are ways companies can do more for their LGBTQ+ employees.

“It is important for companies to have diversity workshops, to educate the employees of different identities…also to make initiatives to hire and look for more diverse employees specifically,” Xavier said. “(Diversity) is beneficial to the companies because it makes them look good. A diverse workforce allows for greater diversity in ideas.”

At a Harvard Hillel Faculty Arts and Sciences Diversity Dialogue, Stephanie Huckles – senior global program manager of diversity at International Game Technology – said comprehensive talk is a strategy that can help members of the LGBTQ+ community feel welcome in the workplace.

“Forty-six percent of LGBTQ people hide who they are at work. Thirty-eight percent do so because they are afraid of being stereotyped; 36 percent think they may make others uncomfortable,” Huckles said. “Approaches and tools for communicating with – and to – the LGBTQ employees in a way that sends the message, ‘You are welcome here,’ are crucial.”

Zayne, general officer of UTD’s oSTEM, describes how although progress has been made, there are still ways the LGBTQ+ community faces bigotry.

“The larger problem here is that almost all states in America have some form of at-will employment, which means you can fire someone for almost any reason, as long as it’s not one of those covered by the Civil Rights Act of ’64,” Zayne said.

However, Marco Mendoza, UTD’s senior director of institutional equity and Title IX coordinator, said that in most situations, employers implement progressive discipline before firing an individual.

At UTD, discrimination based on sexual orientation or gender identity has been prohibited since 2014.

“When we presented this policy in 2014 to all the different groups on campus, we got no pushback. There was no issue,”  Mendoza said. “I think it goes to show how UTD has always been a welcoming place.”