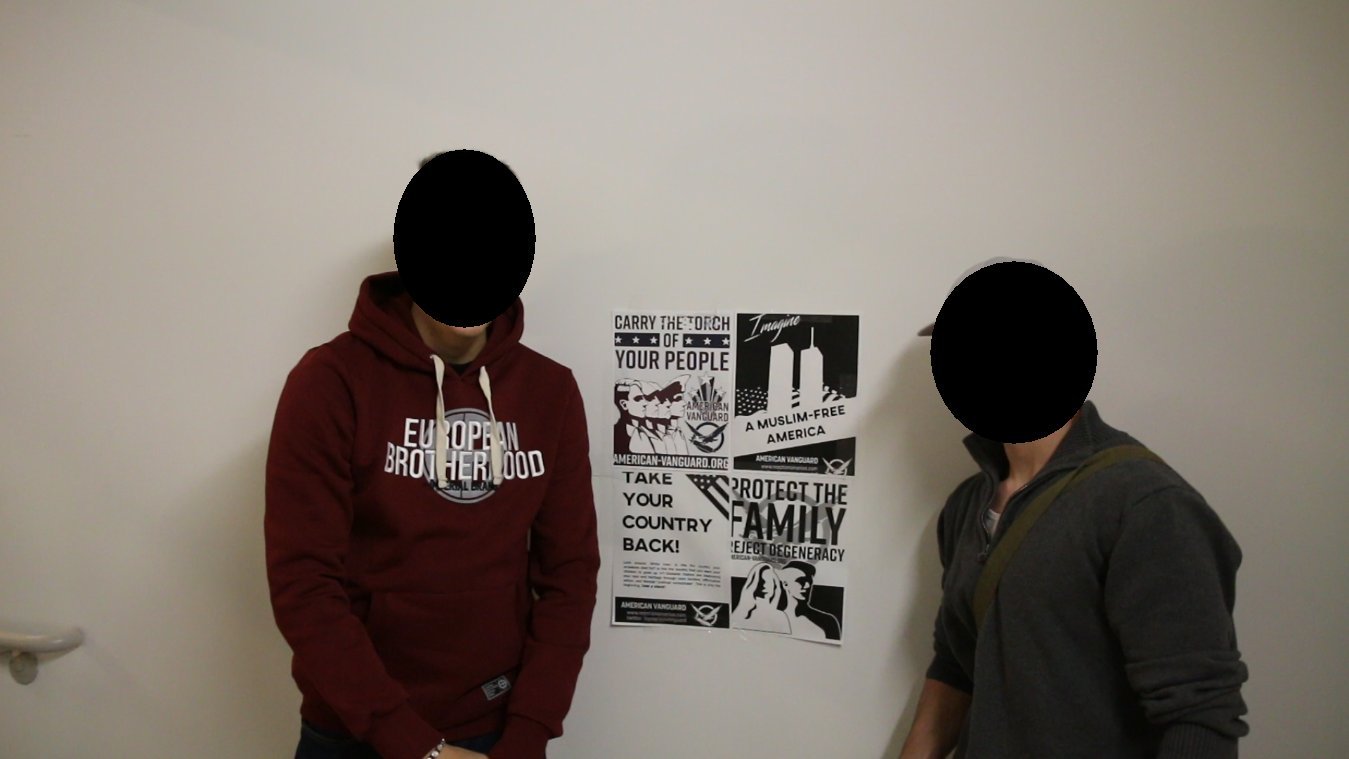 Editor’s Note: This story originally ran on The Mercury’s website. It has been updated since its original publication. The name of one source has been changed due to concerns of prosecution.

The incident is currently under review by the office of Student Affairs and UTD Police, among other offices on campus.

American Vanguard fliers have been put up at other campuses across the state recently, including Texas State, University of North Texas and Rice University.

The vice commander and leader of the Texas branch of American Vanguard, who requested anonymity due to concerns of prosecution, said a few of the members from the organization came onto campus and posted fliers to “get attention.”

“The ultimate goal is to get some new recruits, and just generally further the cause of the movement,” he said. “We know the attention is probably going to be bad. … We kind of operate under ‘There’s no such thing as bad publicity’ motto.”

Although American Vanguard keeps the identity of its members anonymous, he said he has received a “few” emails from people interested in the group following the flier campaign.

“A lot of our movement is made up of youth — people who do go to colleges and people that are a bit younger,” he said. “That’s kind of the target demographic.”

The flyers were posted right on the heels of President Donald Trump’s executive order on immigration — something he said was not intentional, but was convenient.

“We might have done it anyway if the immigration ban didn’t happen to occur around the same time,” he said. “Because of the content of some of our posters, I believe it amplifies the message. Makes it a bit more relevant.”

“What we’d like to see is more immediate action from the university’s administration,” he said. “We expect these individuals — students if they happen to be students — to be held accountable, for this case to be investigated.”

Because of the recent executive order, the American Vanguard fliers did not surprise Ayub or the Council.

“If anything, it’s expected,” he said. “If anything, this environment is encouraging this kind of behavior from a handful of people.”

In response, Ayub expects the student body and administration as a whole to speak out against the values reflected in the fliers.

“Unfortunately, we see this continuing to happen in small, minor cases on our campus,” he said. “And when those happen, we expect organizations to stand up, to speak out, the administration to take action … (and) hold our administration accountable for prosecuting those actions of hate speech.”

Adam Richards, a student government senator and electrical engineering senior, heard about the incident on Jan. 31 at 11 p.m., soon after the fliers were put up.

“The dialogue that’s been going on (on campus) is like, ‘We don’t want Nazis on this campus,’” he said, on behalf of Wesley at UTD. “People were very upset.”

Richards describes the group that put up the fliers as “Nazis,” despite the organization calling itself a “white nationalist” institution.

Offices around campus — such as the UTD Police Department and Student Affairs — are looking into the group responsible for the fliers.

Chief of Police Larry Zacharias said he has been in touch with other universities in the area where the same fliers were put up to compare information.

“It doesn’t appear this is being done by any of our students, or anyone else affiliated with UT Dallas,” he said.

At press time, UTD PD does not see any evidence of criminal behavior — such as vandalism. Should the department find the identities of the people who put up the fliers and they are not affiliated with UTD, UTD PD could issue criminal trespass warnings, giving precedent to arrest the members of American Vanguard if they return to campus.

“State law says the Board of Regents determines how our buildings can be used and they have to be used in pursuit of the intent of the university,” Zacharias said. “This is clearly outside the bounds of that. It’s different than doing something on a public street or a park.”

Subchapter E, section 46.18 B of the UTD policies on speech expression and assembly states fliers may only be posted on bulletin boards or other designated locations. Additionally, fliers posted in proper locations, according to subchapter E, section 46.20 C, must include the “date the sign was posted or the date of the event being advertised,” and must also list the organization/person that posted the sign.

The rules only apply to UTD students. Nonaffiliated groups, such as American Vanguard, are subject to the rules and regulations of the UT System Board of Regents. Rule 80104, section 1 states unregistered groups may not use any school’s “buildings, facilities or grounds.”

Although the incident is not under official investigation by UTD PD, Zacharias and his staff are reviewing the situation and trying to glean additional information to identify “whether or not a crime has been committed.”

Associate Vice President for Student Affairs Amanda Smith said her office is waiting for guidance from UTD PD and the Office of General Council before it moves forward.

“I do know that we have a lot of students on campus who are upset about it,” Smith said. “We are very concerned about the matter and we are responding to every student who brings something to our attention.”

Police at Rice University in Houston found American Vanguard fliers on campus on Jan. 27. The fliers were removed for violating Rice’s policy about soliciting.

“I think people were just generally kind of horrified,” he said. “I think most people know that the reason these posters were posted there was to provoke a response and get attention.”

“The University of Texas at Dallas was founded on the ideals that education comes from more than our faculty members; it comes from the uniquely diverse peers we are surrounded by. So there is no surprise that our students are outraged by the offensive fliers posted on our campus.

“We cannot change the way people think, however part of Student Government’s role is to support all of our students. Posters, such as the ones we have seen across campus, should not and will not be tolerated. As reaffirmed by President Benson’s statement on the Immigration Executive Order, UT Dallas proudly serves the entire University community, regardless of our differences.

“As the official voice of the UT Dallas students, I am committed to working with campus administration and other campus officials to ensure that our students feel safe and their concerns are heard.” 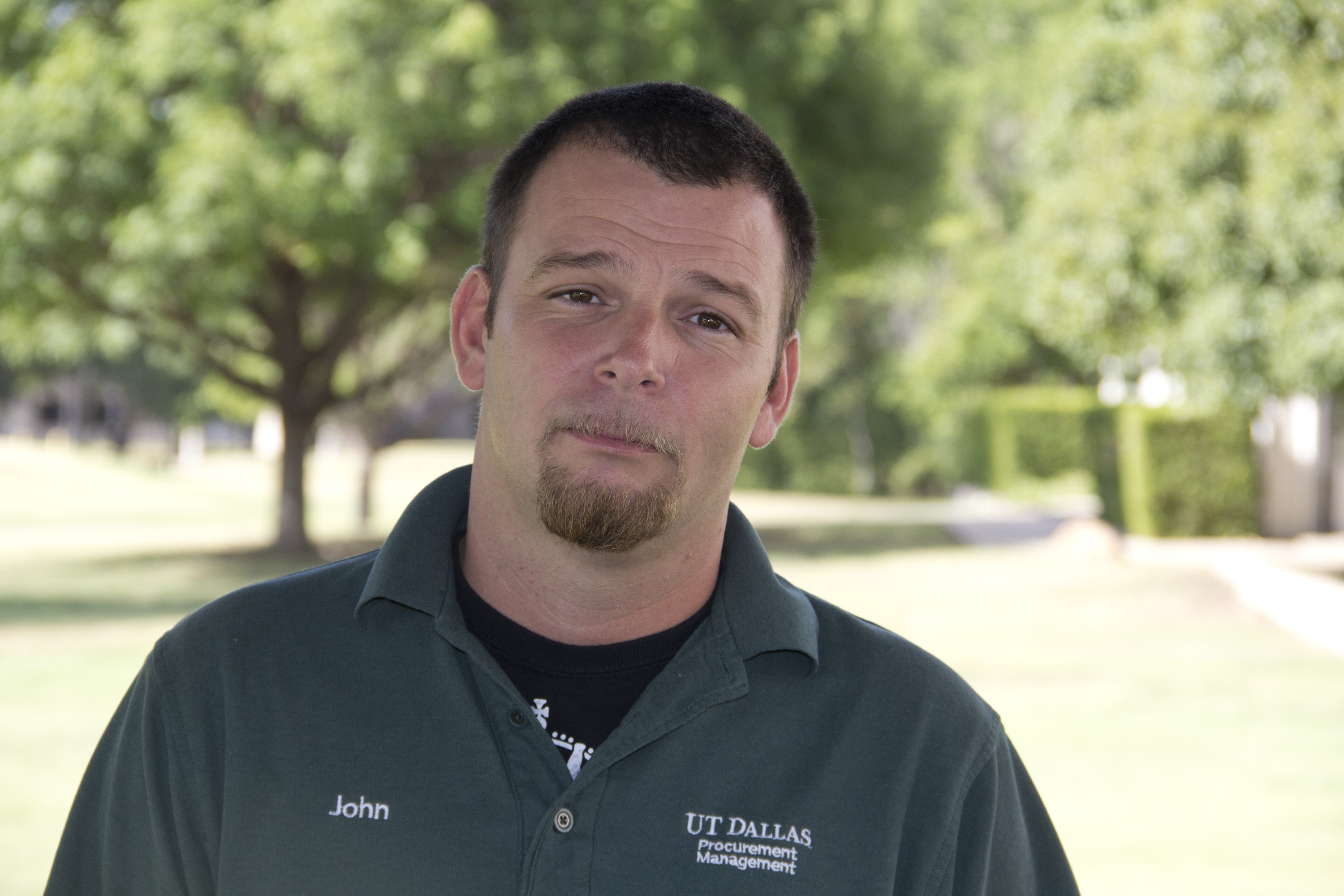