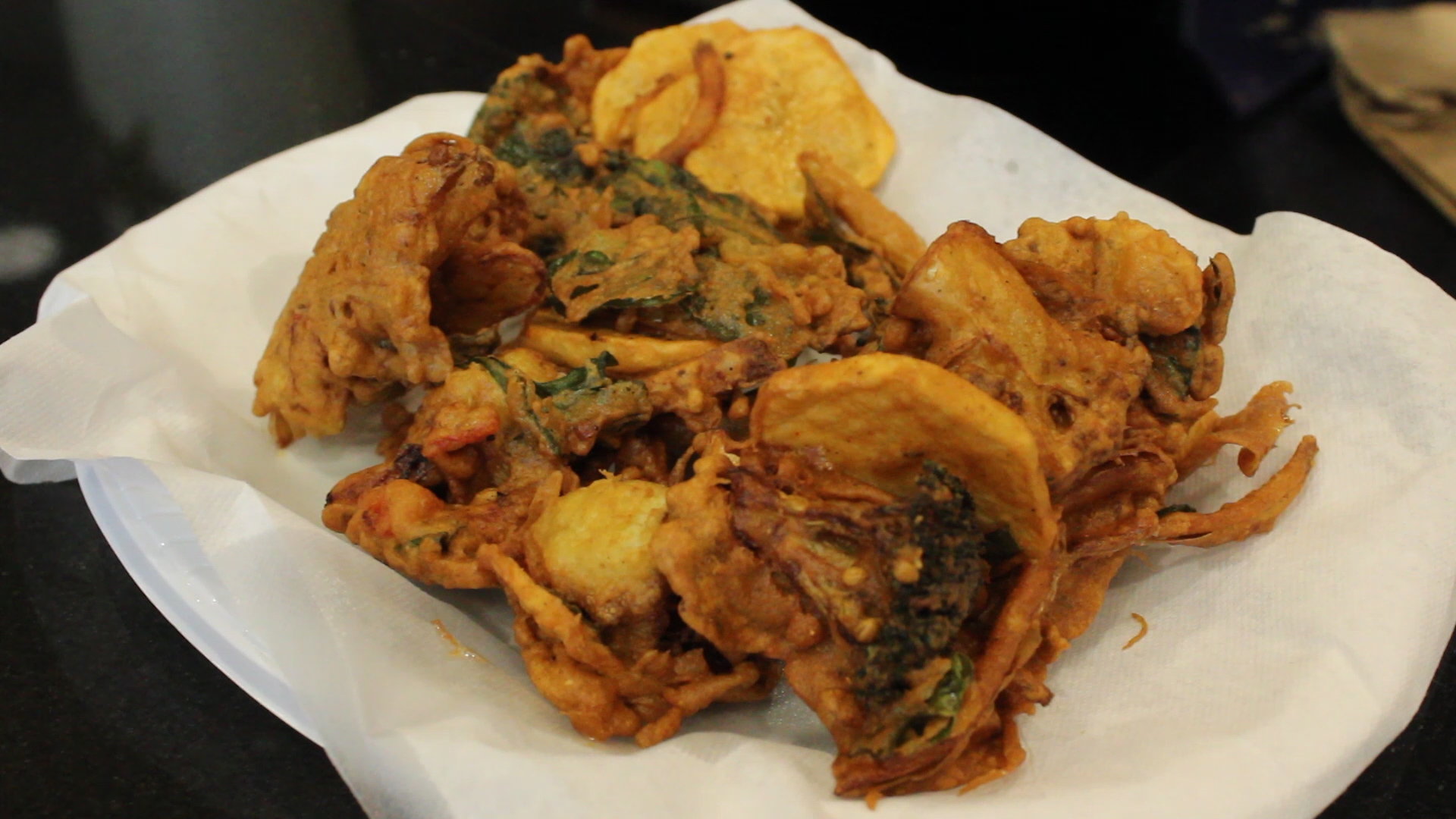 This weekend, we traveled down to the campus dorms to whip up a little something for ourselves to try — pakoras and chai. Pakoras are a deep-fried vegetable snack and chai is a South Asian tea made with milk and brown sugar. Together, these foods form a delightful pair and making them was an enjoyable experience.

Pakora are classified as a type of fritter. It’s a popular type of street food, but it can also be a household meal. They are eaten to celebrate Ramadan but can also be enjoyed throughout the year.

I have never heard of pakoras and chai before, much less did I previously have the opportunity to try them. While this initially was a cause for concern — because making something you’ve never eaten before usually is a recipe for disaster — I have a bit of experience dealing with deep-fried foods, as I grew up helping my mother make deep fried Nigerian food like akara. While not prepared exactly the same way, there are some similarities. Akara is composed of beans ground with onion rolled up and then deep fried in palm oil, which is similar to the way that pakoras are prepared, while vegetables like spinach and onion are coated in batter and then fried.

My lack of experience making pakoras and chai was balanced out by our host Emaan Bangash and our guest Alina Aamir. Both women grew up with these foods and were experts. They brought the ingredients and explained to me the cultural significance of our dish as we cooked. For them, it’s a dish that is present at social gatherings and parties, particularly at iftar dinners, which celebrate the end of daily fasts during the holy month of Ramadan. In making this dish, they were reminded of memories of home. Although Bangash and Aamir admitted they hadn’t previously made pakoras on their own, we were able to cook up a pretty decent batch of pakora and chai ourselves.

The pakora batter is made from chickpea flour, turmeric, coriander powder and cumin. It’s then mixed together until smooth. We then added onions and potatoes. Bangash chose to add tomato, broccoli, cauliflower and spinach, which typically aren’t included in pakoras, but are used in her family’s recipe. Meanwhile, we had the oil heating up for the next step: frying the pakora. We took a ladle-full of batter and vegetables, carefully pouring them into the hot oil. We took the time to make sure they were set individually, so they wouldn’t all clump together. After they were fried, we set them down on a plate and began making the chai.

Making the chai was actually fairly simple — we poured hot water over a sachet of black tea made in Pakistan. Then we poured in evaporated milk and added brown sugar to sweeten the drink.

The pakoras were delicious. Fried food usually doesn’t disappoint, but pakoras have a rich flavor paired with some spice. A fair warning to those whose tolerance for spice is low: this dish can get spicy. Although not overwhelming, it has a heat that you can feel go all the way down. The texture is of the food was nice, as well. The crispiness of the fried batter pairs well with the softness of the potatoes and spinach inside. The chai was wonderful. It’s made from black tea, which is usually has a strong flavor, but the milk and other spices even it out to a sweet taste.

The food and drink paired delightfully together, as flavors from both complemented each other and blended seamlessly. I would definitely recommend this dish for anyone to try. 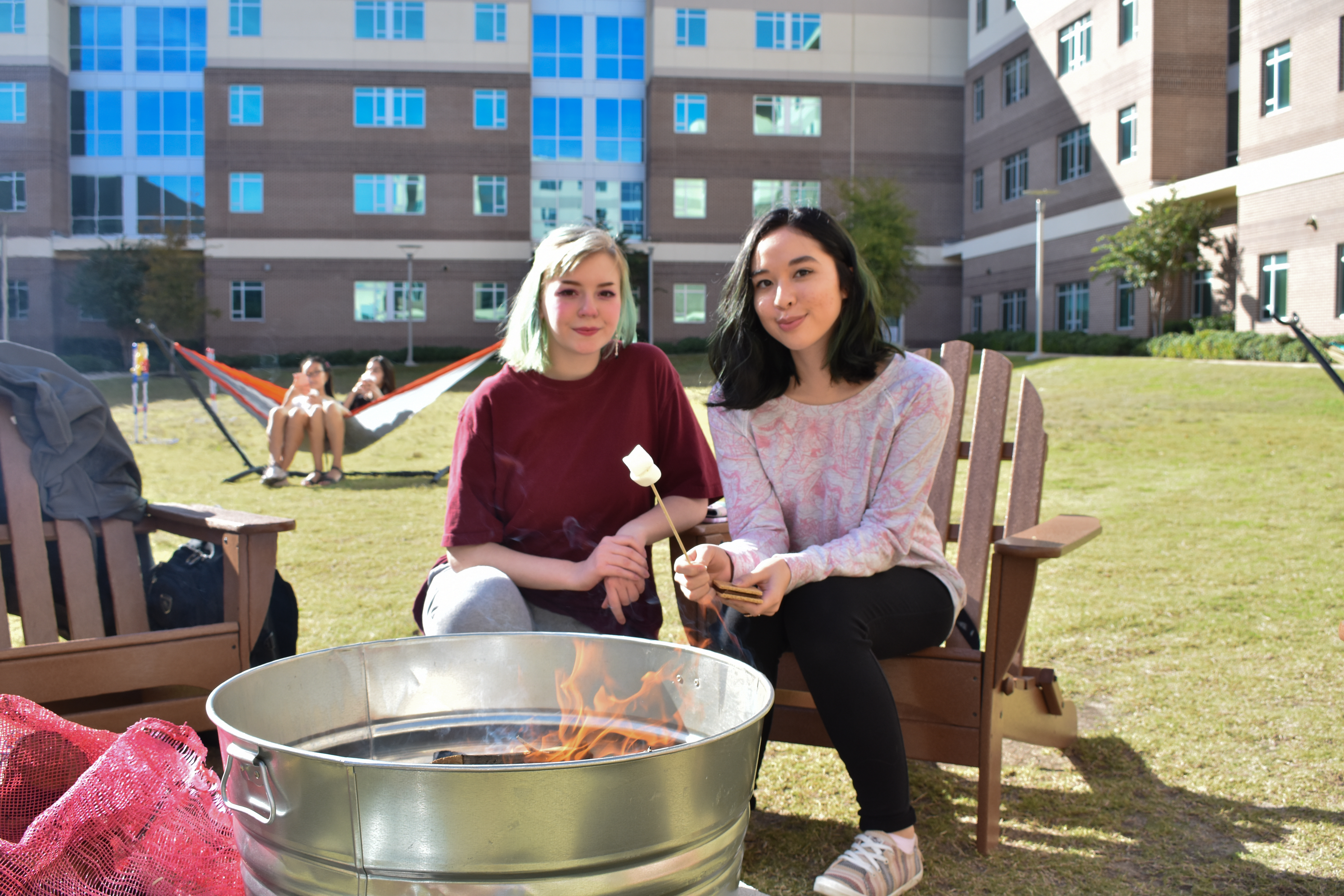