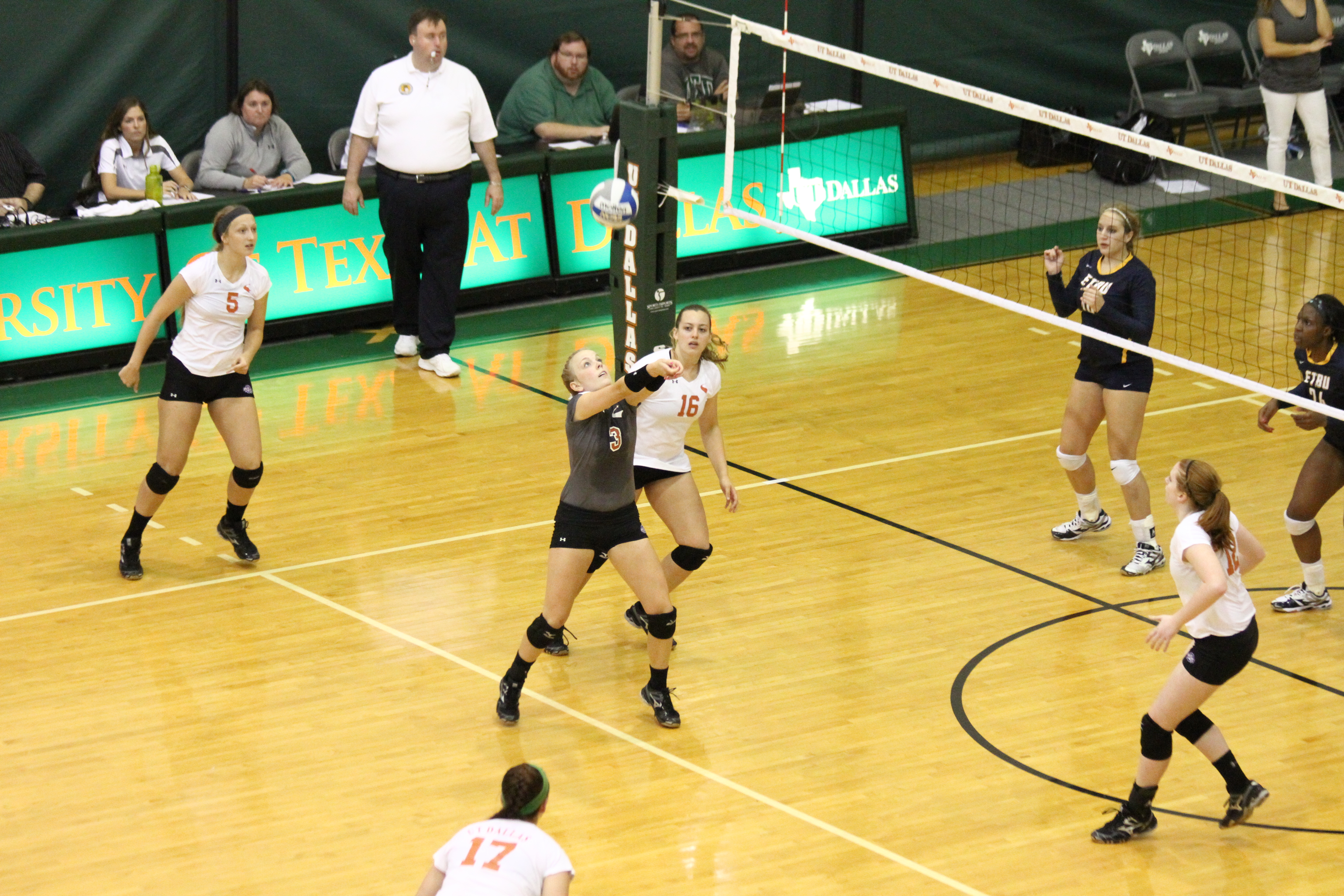 Sophomore setter Bethany Werner defends a ball as it floats over the net during UTD's conference opening win over ETBU.
Sports
Volleyball
Web Only

The game was tightly contested from the start, with ETBU winning two out of the first three sets and a game high-hitting percentage of .359 in the third.

After the Lady Tigers took an early lead in the fourth set, however, the Comets rallied back to stem the tide with 16 and 10 kills in the fourth and fifth sets, respectively.

They also put up a game high-hitting percentage in the fifth with a colossal .421. The game was both team’s first in conference play and the first true home game for UTD of the season.

“I’m very proud of the kids, they battled,” said head coach Marci Sanders. “I never felt like they were really not competing. They handled a lot of changes that we threw at them defensively and lineup wise. So I’m really proud of the maturity that they showed.”

One of the key components to the team’s victory was the play of sophomore middle blocker Holyn Handley, who had a career high of 24 kills, hitting .415.

“It feels amazing,”she said. “It’s great that I can feel this and share it with my teammates, it’s not just me…I feel amazing right now, I owe it all to my teammates.”

Handley said the key to the victory came down to the blocking UTD put up on defense. She said the ability they have to make changes on defense and outsmart other teams will help put them above other teams.

Other standouts for the Comets included senior middle blocker Taylor Toso, who had 19 kills, 19 digs, 6 blocks and 24 points. Meredith Crawford also had a solid outing with 11 kills and 19 digs, along with 14.5 points.

Sanders said the team had to go back to focusing on fundamentals to come out with a win.

“I think we started really focusing on fundamental skills and doing things right fundamentally,” she said. “I think once they got back to doing some of those things right and making better decisions on our offense, then we were able to chip away at the lead that they had.”

The volleyball team will travel for its next game to Hardin-Simmons on Sept. 12. The game is scheduled to start at 7 p.m.

Numbers on the board 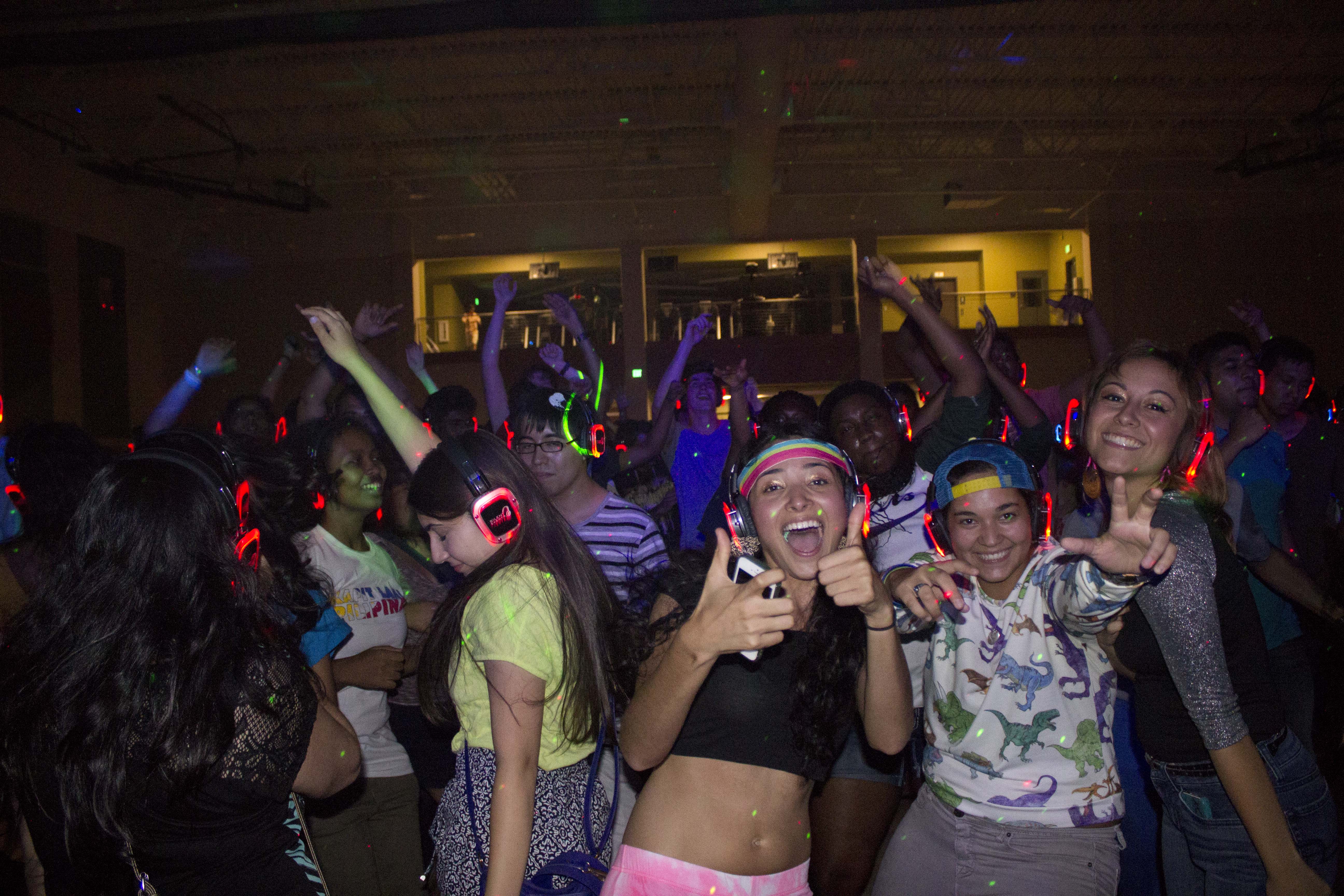